DID YOU KNOW? These 6 Filipina Actresses Are Also Talented Singers|Read more »
Culture | By Jam Nitura - Jul 22, 2021 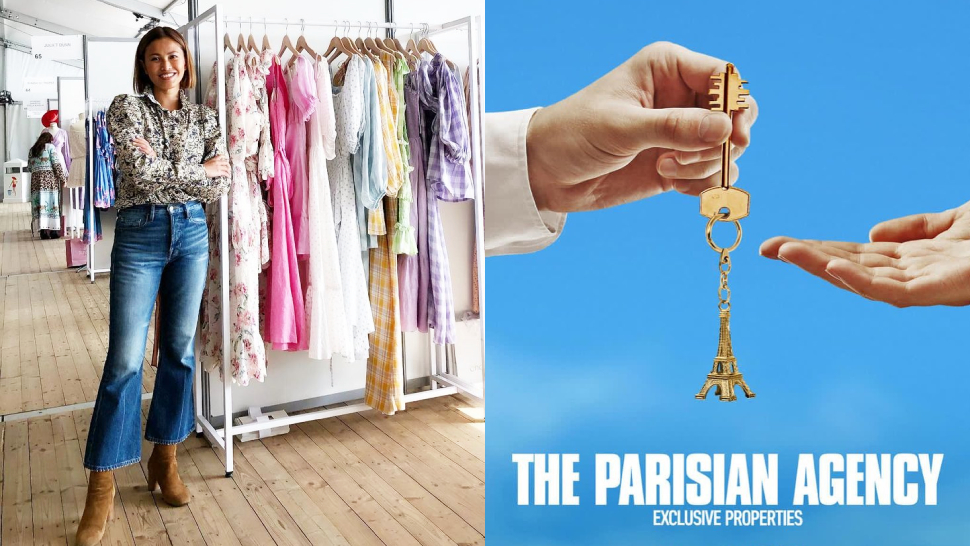 There’s a reason why shows about the filthy rich easily gain traction. Aside from getting a peek into a lifestyle far removed from ours, there’s the vicarious satisfaction felt from ogling at their ludicrously extravagant properties, ever-present in the background. This is true for shows like The Real Housewives series, Keeping Up With the Kardashians, or even Korean dramas like Sky Castle and Mine.

Heads of the household Olivier and Sandrine Kretz, along with their four sons Martin, Valentin, Louis, and Raphael (the only one still in school) work together in their equally impressive Parisian home to sell their clients’ luxury properties. When we say luxury, we mean over-the-top homes for the 1% us ordinary folks can only dream of. We’re talking 12 million Euro estates with retractable pools, dreamy mansions, and, we kid you not, a centuries old castle!

Having garnered attention on the platform last month, The Parisian Agency’s strength lies in the fact that it’s not formatted like your usual straight-laced real estate show. More than just the houses they sell, the Kretz family’s personal lives make up the heart of the series, from their professional woes, to Martin’s wedding, to their grandmother Majo’s attempt at jumping back into the dating world. Heck, even their significant others get a piece of the screen time, too.

In particular, there’s second son Valentin’s wife, Filipina designer Charina Sarte, who moved to France after tying the knot with the French charmer in Morocco. While we don’t see her performing the trade she’s best known for, we do get interesting tidbits about her marriage with Valentin scattered across the series.

Here's an interesting one: Episode four finds the couple on a romantic date at a restaurant near the Louvre to celebrate their two-year anniversary. While reminiscing about the beginnings of their relationship, which took root around six years ago, we learn that they both lied to each other about their ages when first they met! It was an unknowingly mutual choice that gave Charina, who’s actually 12 years older than Valentin, a real scare after she caught a glimpse of his passport. “I think that moment when I looked at your passport, I almost got a heart attack,” recalled the Filipina designer during their conversation. Fortunately, the pair didn’t let the revelation, and their marked cultural differences, get in the way of their budding love affair.

Charina Sarte is best known for crafting feminine resort-wear geared toward the sexy-chic. Favored by Filipino celebrities and influencers alike, she’s dressed the likes of Sarah Lahbati, Lovi Poe, Marie Lozano, Liz Uy, and Camille Co, among many others.

You can now stream The Parisian Agency: Exclusive Properties on Netflix.

Charina Sarte Sexes Up Sportswear With Mesh And Leather

Charina Sarte Just Launched A Pastel Collection And We Want Everything

"ben X Jim" Is A Bl Tv Series About Today’s World, And Here’s Why It's Worth The Watch