JUST IN: Jinkee Pacquiao Is One Glamorous Ninang at a Wedding Wearing Accessories Worth at Least P10 Million|Read more »
Culture | By Nicole Cruz - Aug 30, 2020 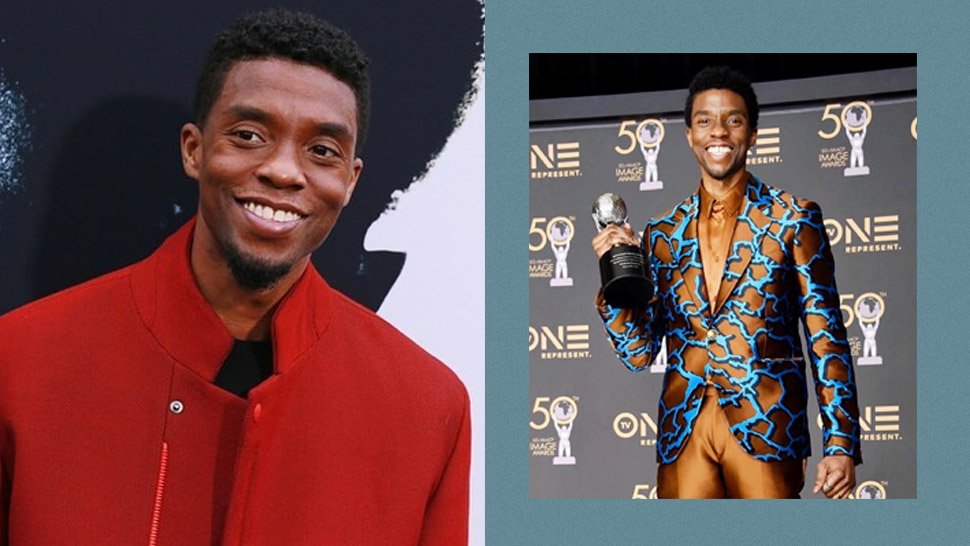 IMAGE Instagram/chadwickboseman
Some netizens previously ridiculed the "Black Panther" star for his extreme weight loss, not knowing he was battling cancer.

Yesterday, the world grieved the loss of actor Chadwick Boseman, the star of Marvel’s Black Panther. The 43-year-old onscreen superhero passed away after secretly battling colon cancer since 2016, when he was diagnosed with Stage III of the illness. Despite his health, the South Carolina native continued to make public appearances and was active on social media. However, in November of 2019, netizens started to notice that the actor had become very skinny, not at all like his buff King T’Challa physique.

Chadwick posted an Instagram video on the way to the American Music Awards, and netizens were quick to comment on his weight loss. According to The Hollywood Life, while others were concerned about his health, many have ridiculed him, saying things like “What happened bro… Your body too…” and “Now you’re too slim. Build a strong body bro, we need that.”

Just last April, Chadwick appeared on social media again to support an initiative that aims to help African American who have been affected by COVID-19. In the video, Chadwick’s face was noticeably slimmer. According to Metro UK, fans were immediately concerned for his health, asking “if he was okay” and to “stay safe and healthy.” Some fans alarmingly asked if the weight loss was for a role, leading one user to say, “Please tell me Chadwick Boseman lost weight for a movie because he does NOT look well at all.”

However, there were a handful of netizens who bashed his new appearance. Perhaps due to the hateful nature of the comments, Chadwick took down the video. But fans still remember the negativity that flooded the comments section. “He was very skinny and people were so terrible about it that he deleted the video,” one Twitter user said. One user also mentioned how some netizens even insinuated that Chadwick “was on crack.”

According to TheThings.com, one Twitter user also pointed out that it’s not just social media users that have unwittingly bashed Chadwick despite his fight against cancer. It includes the media, too. She reportedly mentioned that The Sun described the actor as “deathly skinny” and “unhealthy skinny,” suggesting that it was a personal choice, considering the speculation that he “shed a few extra pounds” last November.

Chadwick’s fight against colon cancer was only revealed upon the news of his death, leading fans to criticize those who had previously ridiculed the actor for his skinny physique. Many have pointed out that everyone is fighting battles we will never know about, so the least we could do is to always be kind.

Facebook user Cate Preece says, “Nothing changes, does it? If you gain weight you are ridiculed, if you lose weight you are ridiculed. We are all fighting battles others know nothing about, whether that be mental, emotional, physical. I just absolutely do not understand why humans have to be so cruel, so heartless. This man chose not to share his health struggle.”

Twitter user Demetria replied to a tweet of a disheartened fan who sympathized for Chadwick. “I never knew about him being skinny. The news was a shock. That's why, always be kind to others. You just never know when it will be their last day.”

Another Facebook user, Haley Spencer, looks back at the hate Chadwick had received online, saying, “I remember people taking it upon themselves to make jokes, tweets, memes, etc. about the change in his appearance… I say all of this as a reminder to please not comment on people’s bodies, especially changes in their weight. You never know what’s going on in someone’s life, and barring that, it’s none of your damn business.”

According to Mirror, one fan remembered an old interview where Chadwick was asked by a Huffington Post reporter how he “bulked up” for Marvel movies. "You came off of one Black Panther project, did Marshall and then made another Black Panther. Did you bulk up, slim down and then bulk up again?” the reporter asked.

To which Chadwick answered, "Right. Yeah, yeah, yeah.” He was described to have looked “exhausted” that day.

The reporter then replied with, “You’ve been through the wringer."

"Oh, you don’t even know. You have no idea. One day I’ll live to tell the story,” Chadwick said.

In an official statement, Chadwick’s family described him as a “true fighter” and mentioned the many projects that he had fought through despite “countless surgeries and chemotherapy.”

"Chadwick persevered through it all, and brought you many of the films you have come to love so much.”

“From Marshall to Da 5 Bloods, August Wilson's Ma Rainey's Black Bottom and several more—all were filmed during and between countless surgeries and chemotherapy. It was the honour of his career to bring King T'Challa to life in Black Panther."