SHOP: The Preview Beauty Bag Is Officially Here and It's the Ultimate Steal|Read more »
Culture | By Esquire Philippines - Jul 4, 2021

But something darker and more powerful. 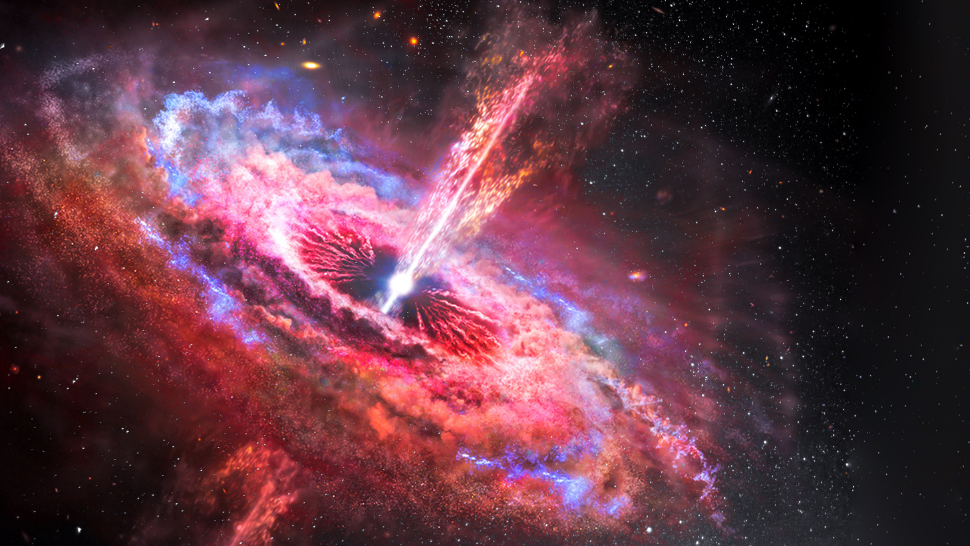 For the longest time, astrophysicists have theorized that there are supermassive black holes at the center of the Milky Way Galaxy, and virtually all other galaxies in the universe. They are so powerful, they hold all the stars in the galaxy together. Or in the case of the Milky Way, just 100 thousand million stars. But could a single black hole hold all that mass and energy together? That's what researchers wondered.

In a study that reviewed observations of the objects that orbit closest to the center of the Milky Way Galaxy, it was hypothesized that dark matter, not a supermassive black hole, is responsible for shaping the galaxy.

Like black holes, dark matter cannot be observed through optical means. We can only record its effects on the objects surrounding it. These are all hypothetical talks because scientists have yet to confirm the existence of dark matter in the universe.

But very promising research has cast a dark cloud over that supermassive black hole theory. In 2014, scientists began observing the objects swirling around the center of the Milky Way Galaxy. What they discovered was that apart from stars, there was something else more peculiar, and they didn't know what it was.

According to astrophysicist Andrea Ghez, there are new celestial objects discovered that behaved like massive stars but looked like gas. No object like that has ever been detected before, Ghez told ScienceAlerts in an interview in 2020. The "G" objects orbiting the center of the galaxy were very much unlike the stars that orbit there too. These objects were stretched too far and became too distorted, kind of like stretching out a piece of clay. That was a clue that the center of the Milky Way might not be a supermassive black hole after all.

It could be dark matter.

Dark matter is thought to be a form of matter that accounts for approximately 85 percent of all the matter in the universe, and about 27 percent of universe's total mass–energy density.

According to Caroline Delbert, the science writer at Popular Mechanics, dark matter can and does turn into black holes, but the scientists posit that the one at the center of the Milky Way is instead a blob-like mass that will require a lot more material in order to turn into a black hole.

"For now, it could just be a dense blob that still attracts nearby objects as a black hole does. And if it is a kind of proto future black hole, that could explain how supermassive black holes form in the first place—something scientists have been puzzled by for decades," writes Delbert.

This story originally appeared on Esquiremag.ph.Minor edits have been made by the Preview.ph editors.

Mechanical Keyboard Lovers, You'll Want To Hoard All The Quirky Artisan Keycaps From These Local Shops