LOOK: Julia Barretto Is Ready for Mature Roles, Which Means Living Life on Her Own Terms|Read more »
Culture | By Mylene Mendoza for Candymag.com - Dec 14, 2020

10 Celebrities Who Went to ADMU for College 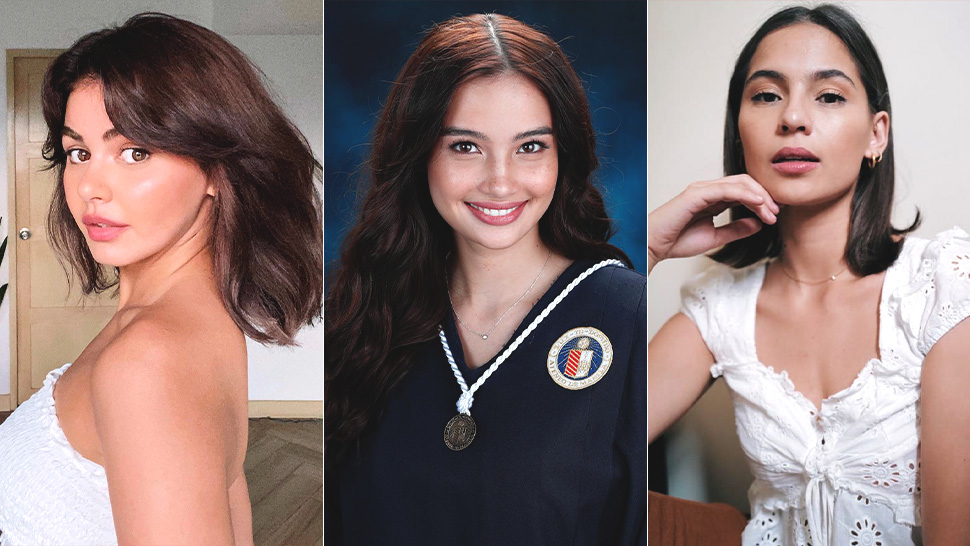 Your favorite stars to follow on social media were once college students, too. You may not know it, but some of them went to Ateneo de Manila University and were certified Blue Eagles. Below, we round up 10 celebrities who went to ADMU for college:

Initially known as ADMU's star volleyball player, Gretchen Ho is now pursuing a career as a host. She graduated with a double degree in Management Engineering and Communication.

The current Pasig City mayor graduated with a degree in Political Science from ADMU with a very witty yearbook write-up, no less.

Mikael Daez is what some would call a true blue Atenean, meaning he completed his elementary, high school, and undergraduate studies in Ateneo. In college, he took up Management as his course.

Before choosing hosting and showbiz, Robi was on a pre-med track in college. He majored in Health Sciences, took the NMAT, and planned on pursuing medicine before getting his big break through Pinoy Big Brother and eventually changing career tracks.

Although an established singer and composer, Jose Mari Chan majored in Economics back when he was still a student at ADMU.

Rico Blanco is a singer-songwriter and the former vocalist of the band Rivermaya. When he was in Ateneo, he took up Management Economics as his course.

Janine, who recently won several awards for her role in Babae at Baril, graduated from Ateneo with a degree in European Studies.

Kelsey made history by being the first Pinay to ever walk down the famed Victoria's Secret runway. While pursuing modeling stints on the side, Kelsey was also juggling her responsibilities as a Communication major in Ateneo. Despite her busy schedule, she was able to graduate on time. Now, she's based in New York where she's pursuing her modeling career full-time.

Emmanuelle Vera is best known for her role as Isa in the TBA Studios-produced Tayo Sa Huling Buwan Ng Taon and Ang Kwento Nating Dalawa. While we don't really know exactly what course she took, we're guessing it's a course under ADMU's School of Humanities based on an old tweet from the artist. One of her fun college escapades was when she got a tattoo during lunch break.

Jasmine Curtis-Smith made a name for herself through her roles in Baka Bukas, I'm Drunk, I Love You, and Culion. She was a Communication major at Ateneo but took a leave of absence a year later to focus on the different projects being offered to her at the time.

This Decadent Cake Is Made Special With Tablea And Belgian Chocolate

10 Things You Need To Know About Sofia Pablo