JUST IN: Jinkee Pacquiao Is One Glamorous Ninang at a Wedding Wearing Accessories Worth at Least P10 Million|Read more »
Culture | By Isha Fojas - Jan 18, 2023 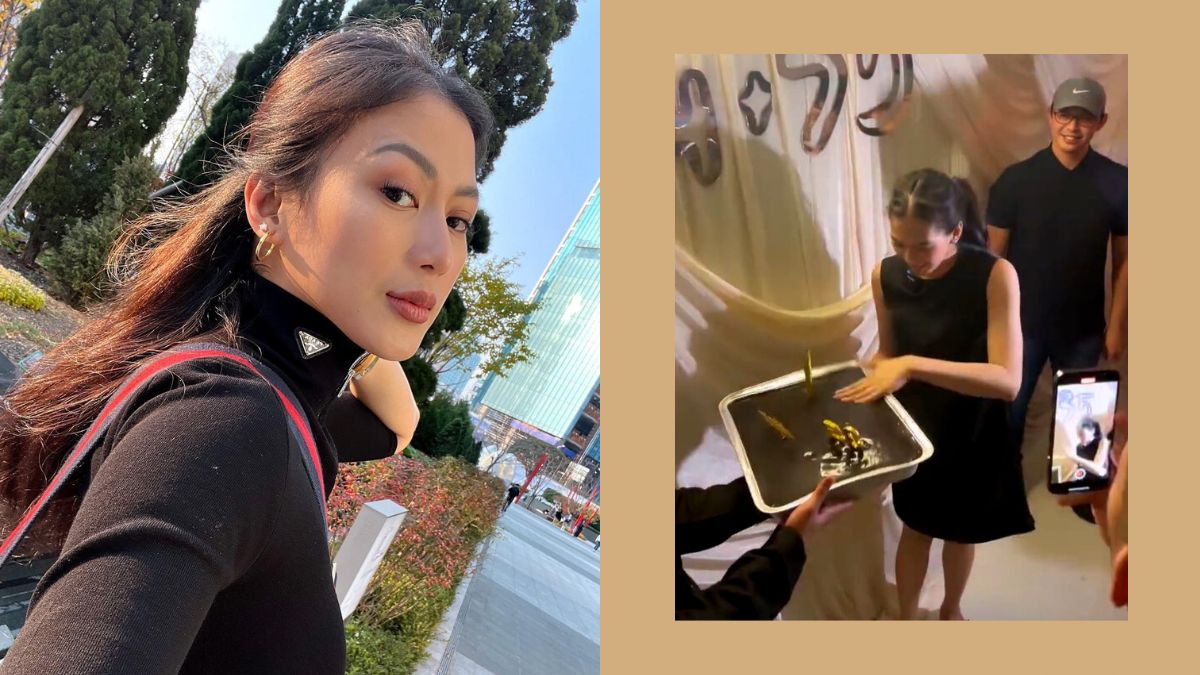 IMAGE INSTAGRAM/CATHYGONZAGA, INSTAGRAM/DANIBARRETTO
"Service workers are our equals. It's their job to serve, but it's our job to give them the respect they deserve."

Alex Gonzaga is currently trending on social media for her behavior during her birthday, and netizens aren't happy.

The actress recently celebrated her 35th birthday last January 16, 2023 in a restaurant in Makati. In a video that Dani Barretto posted on her Instagram stories, Alex was seen smearing chocolate icing on a service crew's face after she blew out the candles of her birthday cake. The video was quickly deleted, but not fast enough to stop it from circulating online.

Although it's unclear what the server's reaction was to the incident, netizens and even some media personalities took to social media to air their concerns and call out her actions.

Vlogger and influencer, Janina Vela, said that maybe this sort of behavior would be more acceptable if you were close with the person, but because of the "power dynamics" between the server and Alex, the server would not be able to complain if he wasn't okay with what happened.

"Service workers are our equals. It's their job to serve, but it's our job to give them the respect they deserve," she continued.

Social media personality and comedian, Sassa Gurl, shared on her Instagram story a photo of her and Alex in a movie they both starred in called The Entitled. "Ayeeee, si ate ko tinotoo ems," she said. A jab at how Alex's behavior towards the server felt entitled.

Radio DJ and actor, Mohan Gumatay, better known as DJ Mo Twister, called out Alex's behavior on Twitter and bluntly called her "drunk and stupid and a narcissist."

Fil-Am singer Kris Lawrence, however, had a different perspective on what happened and saw nothing wrong with her behavior. He even replied on Inquirer's post about the incident saying, "people always have something negative to say. Let's fast forward and after this event that waiter just went viral, [he] will probably get 'something' after, and a lot of sympathy. Most recognition he ever got as a waiter. So after all the noise, I'm sure he will be grateful that this happened. Looks like people just like to extract the negative out of things instead of the positive."

As of now, there is still no direct statement coming from Alex herself. But, a statement from the Gonzaga Family publicist, Peter Ledesma, was shared on Facebook by TV5 host and journalist, MJ Marfori.

The server, whose name has been revealed as Allan, is claimed to be a family friend. Pinty Gonzaga, also known as, Mommy Pinty, the mother of Toni and Alex, allegedly hires the same servers for all their events which makes them close.