Prepare for the sun to come out.

Mark your calendars because the sun will definitely come out this September! Resorts World Manila, together with Full House Theater Company, is bringing to Manila another beloved classic—the Tony Award-winning Broadway musical, Annie.

Based on the popular comic strip, Little Orphan Annie by Harold Gray, it tells the story of a young girl living in an orphanage run by the cruel Miss Hannigan. Gifted with innate brightness and optimism to lead her way, she finds herself a true home in the face of many adversities while in search of her long-lost parents. 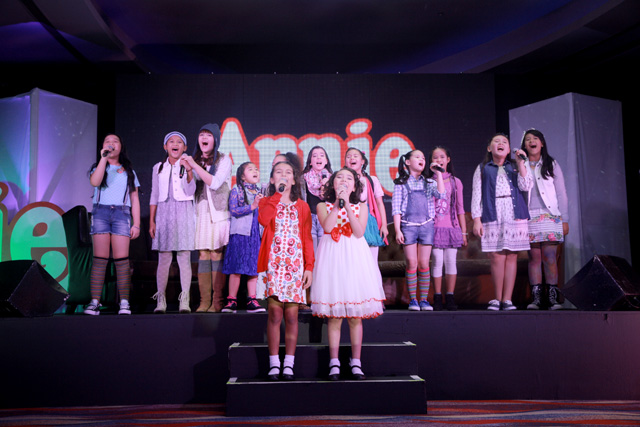 Following in the footsteps of none other than Lea Salonga, who starred in its first local production back in 1980, the 2015 Metro Manila Film Festival best child actress winner Krystal Brimner (for her role in the indie film Honor Thy Father) is set to take on the much-coveted role of Annie. Sharing the stage with Krystal to wear the lead character’s iconic red dress is Isabeli Araneta Elizalde, who bagged the role after a rigorous audition process where she outperformed 400 other girls. They will be joined by the award-winning actor Michael De Mesa to play the wealthy Oliver “Daddy” Warbucks and the first lady of Philippine theater, Menchu Lauchengco-Yulo, as Ms. Agatha Hannigan.

“On a broad perspective, the challenge is how [to] take Annie’s story and make it relevant to our audience locally,” says director Michael Stuart Williams. “There is something quite universal about it, which is why Annie is fast becoming a modern day classic.”

Annie, which ran for six years at the former Alvin Theater in midtown-Manhattan, New York, was nominated for 11 Tony Awards and has won in seven different categories, including Best Musical. This Broadway hit also takes credit for popular musical scores including Tomorrow, Maybe, and Hard-Knock Life, with music by Charles Strouse, lyrics by Martin Charnin, and book by Thomas Meehan.

Want a sample performance? Below's a video featuring the kids of Annie as they wish our nation a #BrighterTomorrow. Watch!

How to Take Your Smokey Eye to a Rock Concert

Here’s How Much It Costs To Eat Breakfast At Hogwarts