LOOK: Here's How (and Why) Bela Padilla Decided to Uproot Her Life in Manila and Move to London|Read more »
Culture | By Millaine Matinong - Dec 30, 2020

Fall in love with these old romance Filipino films. 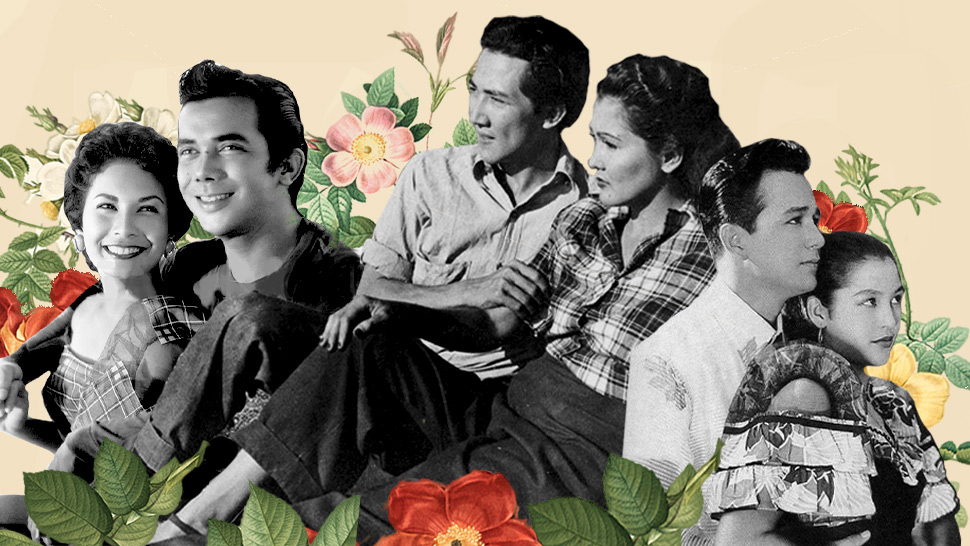 You know that fuzzy feeling you get whenever you hear the story of how your grandparents met? Like wine, their love survived the test of time and they just keep getting sweeter as the years pass by. There is truly nothing like the soulful look and feel vintage films portray—the classic storylines, iconic acting style, the timeless beauty of early Filipino celebrities, the charming costume design—that makes any hopeless romantic want to love like the old times again.

Now that the modern dating scene is becoming boring and predictable, sometimes we just need a reminder that unconditional love still exists. It only takes a good laugh or cry to remember that a long-lasting love story does take a lot of patience and care. So go grab your cozy cushions, some snacks, a box of tissue, and get ready to be transported back in time.

Below are 8 old romantic Filipino films you can watch on Vimeo now for free!

After a series of heartbreaks, Daniel finally decides he’s done with love, so he forces his friends to spend their vacation on an island with him, no woman in sight. There he gets introduced to Tenorio, the son of the island’s caretaker, as his personal bodyguard.  When feelings start getting in the way, Daniel starts questioning his own identity. But here’s the catch—Tenorio’s real name is Lydia and she is a woman in disguise.

A provincial girl, Upeng, comes to Manila and ends up as a cook for a wealthy old couple. Along with Delfin, another employee in the mansion, feisty Upeng ventures into the golden city of Manila. He follows her around to keep her out of trouble, but knowing she’s waray, nothing can stop her from doing whatever she wants (even boxing matches).

When a materialistic socialite falls in love with a traditional provincial boy, Clarita and Antonio don’t think twice about getting married. But coming from different backgrounds, their love for each other is tested by the constant interference of each other’s in-laws.

Claudo believes that money can buy everything, including love. Still, for whatever it’s worth—may it be P10,000 or more—in hard cash, he eventually starts doubting his own principles the moment Loida enters his life.

Nenita and Manding are inseparable but their families keep telling them that they are too young to know love. Will the pile of rumors they hear from friends and advice from elders finally pull them apart?

Set in the University of the Philippines, Nick is an engineering student while Charito is studying dentistry. Amidst the simultaneous hardships they go through in college and their personal lives, their wholesome friendship blooms into something more.

Lydia, a daughter of a rich family in Manila, gets her car fixed at Ramon’s car repair shop. Despite the dirty grease on his face, Lydia invites him for dinner on the spot. The two quickly fall in love, but how long will it take for them to realize they share the same dark past?

By morning, he’s a college student at UP Diliman but by night, he’s Tia Loleng, a middle-aged chaperone of a beautiful young woman (or should I say his ultimate crush). As he tries to woo her, his plan faces a setback when the girl’s strict father falls in love with Tia Loleng’s persona.

Fyi, You Shouldn't Just Throw Away The Shipping Labels On Your Packages