These buzz-worthy actresses are carving out their place in the industry. 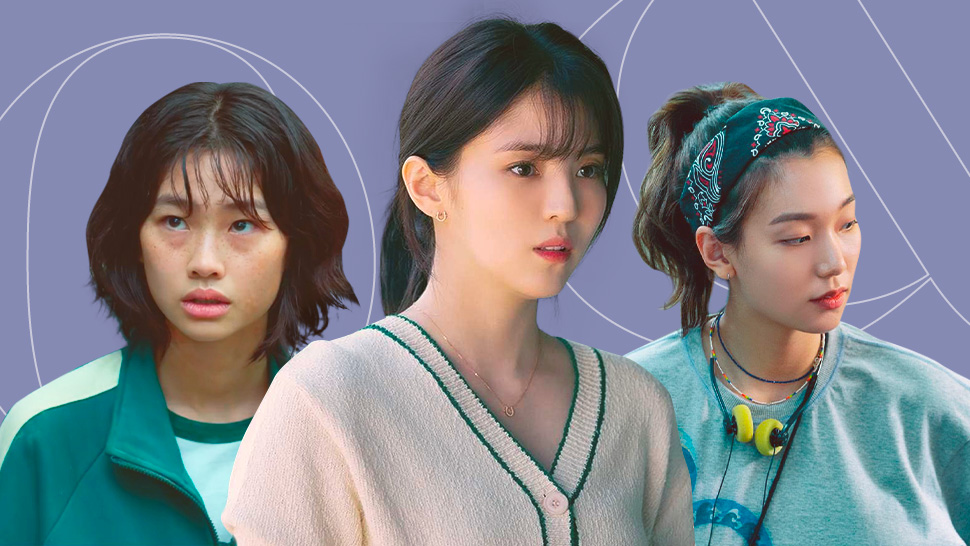 IMAGE Nevertheless/JTBC, Squid Game/Netflix
These buzz-worthy actresses are carving out their place in the industry.
Shares
Share
Tweet
Comments

We all know of the big name actresses in the K-drama industry—there's Song Hye Kyo, Jun Ji Hyun, and Son Ye Jin, just to name a few. But as the Hallyu Wave continues to sweep the globe and the years pass by, we’re slowly but surely seeing these timeless, OG leading ladies share the spotlight with a slew of fresh faces. The recent turn of the decade, in particular, has seen an emergence in new, buzz-worthy names garnering acclaim, from promising rookie actresses to up-and-coming leading ladies. In case you missed the memo, though, we’ve got you covered.

Ahead, we list 10 of the most promising rising Korean actresses to keep on your radar.

Han So Hee has been riding the fast-track to leading lady status ever since her controversial role in The World of the Married (2020). Her work on the revenge drama immediately bore fruit just a year later after she was cast to top-bill not one, but two K-dramas in 2021—Nevertheless and My Name. The latter allowed So Hee to showcase a darker side of herself as Yoon Ji-woo, a vengeful woman out to uncover the truth behind her father’s mysterious death. As more offers continue to land on her lap, it’s safe to say that So Hee is well on her way to becoming one of Korea’s most sought-after leading ladies.

Netflix's Squid Game (2021) catapulted Jung Ho Yeon to global fame. Now the most followed Korean actress on Instagram, the breakout star practically became the internet's darling overnight for her portrayal of Kang Sae-byeok, an aloof North Korean defector determined to reunite her family. Ho Yeon's newfound popularity and model background also earned her brand deals after the show, including endorsements with lucrative fashion houses Louis Vuitton and Calvin Klein. Though she's still relatively new to the acting game, all eyes are undeniably on Ho Yeon and the next drama (or movie) she chooses.

You might remember Lee Joo Young best for her part in the highly rated K-drama Itaewon Class (2020). Her groundbreaking portrayal of Ma Hyun-yi, a trans woman and chef at Park Seo Joon’s newly opened pub, earned the actress public acclaim internationally, considering the show had simultaneously streamed on Netflix at the time. After Itaewon Class, Joo Young went on to lead the sports drama Baseball Girl (2020), before landing the main role in the OCN crime thriller Times (2021). ICYMI, her performance in the latter got her a nod for the coveted Best New Actress category at the 57th Baeksang Arts Awards.

Yet another breakout star turned internet girl crush, Lee Ho Jung won over everyone’s hearts as Yoon Sol in Nevertheless. Though only a supporting character in the series, her moving and relatable portrayal of a lesbian hopelessly pining for her (not so) straight best friend inarguably eclipsed the show’s main love triangle. Ho Jung has since attracted a growing international fanbase that’s helped her IG followers skyrocket in no time, much like Ho Yeon. We definitely can’t wait for her to land a consequential leading lady role in the future, but before that, fans of the actress have the upcoming fantasy drama The Jinx’s Lover to look forward to.

Ho Jung’s other half in Nevertheless, Yoon Seo Ah similarly gained a lot of online love for her work as Seo Ji-wan in the JTBC drama. In a post-show interview, she shared, “With every episode, the number of [my social media] followers increased drastically. It was so cool and it made me think that I should work harder. My follower count went from 2,000 to 400,000 people. It’s such a big number that I can’t wrap my head around it yet.” Just like Ho Jung, Seo Ah's already managed to land another project after Nevertheless. She's confirmed to appear in the historical drama Red Single Heart as the handmaiden to Kang Han Na's character.

If you haven't heard of Choi Sung Eun yet, don't worry because you’ll surely see more of this young thespian soon. Known as Beyond Evil’s breakout actress, Sung Eun was nominated for the Best New Actress category at the 57th Baeksang Arts Awards for her role in the aforementioned drama. The rookie talent is also poised to star opposite established Hallyu actors in her upcoming projects, namely The Sound of Magic with Ji Chang Wook and Gentleman with Ju Ji Hoon.

Kim Yong Ji, best known for The King: Eternal Monarch and Tale of the Nine-Tailed, first caught our eyes in 2020. Apart from her sharp beauty and her promising acting chops, she also turned out to be quite the style star, as evidenced by her effortless streetwear ‘fits here. If she laid low this year, she’s most likely been preparing for her upcoming Netflix project, Somebody, a mystery thriller set to be launched in 2022.

Jeon Yeo Bin had already achieved critical acclaim in Korea prior to Vincenzo, but it was her performance in the 2021 drama that put her on the map and into the consciousness of global fans. Before the show had even concluded, the actress had quickly impressed with yet another gripping performance in the film Night in Paradise, when it was released on Netflix last April 2021. It’s clear the year has been good to this rising leading lady, and the way we see it, she can only go up from here, especially after she was tapped to top-bill the upcoming Netflix mystery thriller Glitch.

Rookie actress Park Ju Hyun captured viewers with her heart-pounding performance in the Netflix crime drama Extracurricular (2020). The role properly won her the Best New TV Actress honor at the 57th Baeksang Arts Awards, beating out Lee Joo Young, Choi Sung Eun, Kim Hyun Soo, and Park Gyu Young. With the title in tow, Ju Hyun went on to join the main cast of Zombie Detective (2020) and Mouse (2021). Clearly booked and busy, the actress is set to follow up her streak with a romance drama in 2022, where she’ll be starring opposite Nevertheless breakout actor Chae Jong Hyeop.

Remember Kim Jo-jo’s egotistic cousin in Love Alarm (2019-2021)? Well, whether you liked her character or not, actress Go Min Si, who played Park Gul-mi, is slowly carving out a spot for herself in the industry. Since Love Alarm first aired on Netflix, the young star has landed a steady stream of main roles for shows like Secret Botique (2019), Sweet Home (2020), and Youth of May (2021), in which she took on the leading lady spot for the first time in her career. She’s currently starring alongside a cast of K-drama heavyweights—including Jun Ji Hyun, Ju Ji hoon, and Oh Jung Se—in tvN’s Jirisan.

Know of any more Korean actresses who you think should be part of the list? Let us know in the comments below! 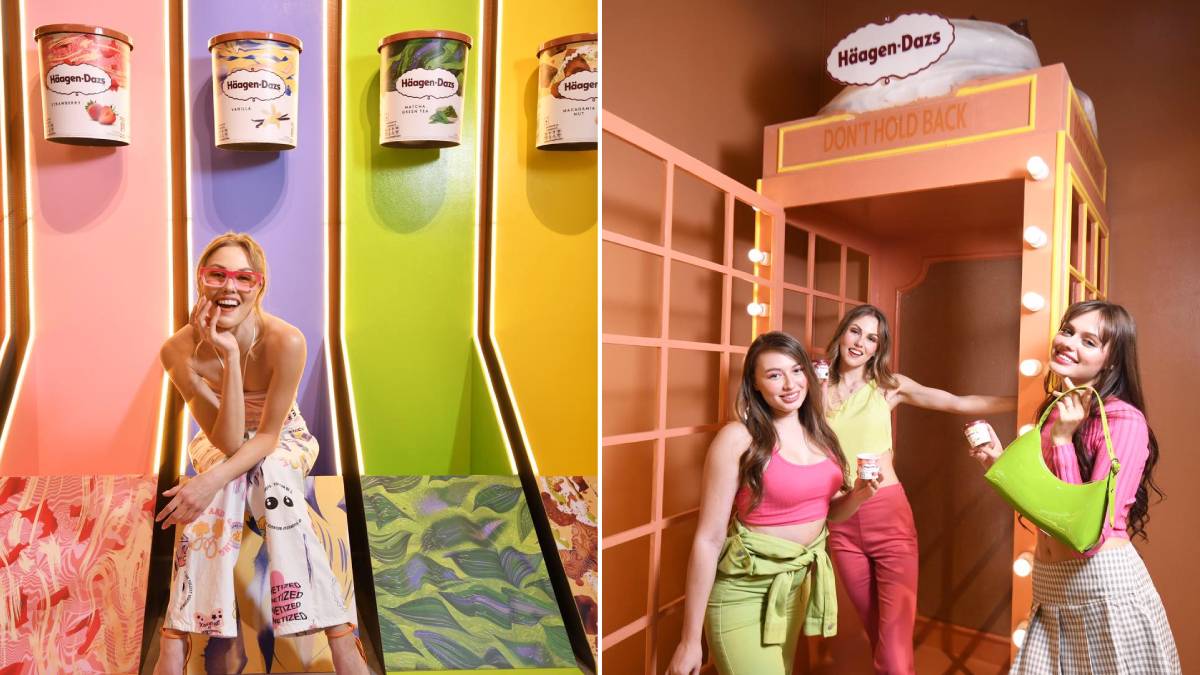