Did your favorite series make it to the list? 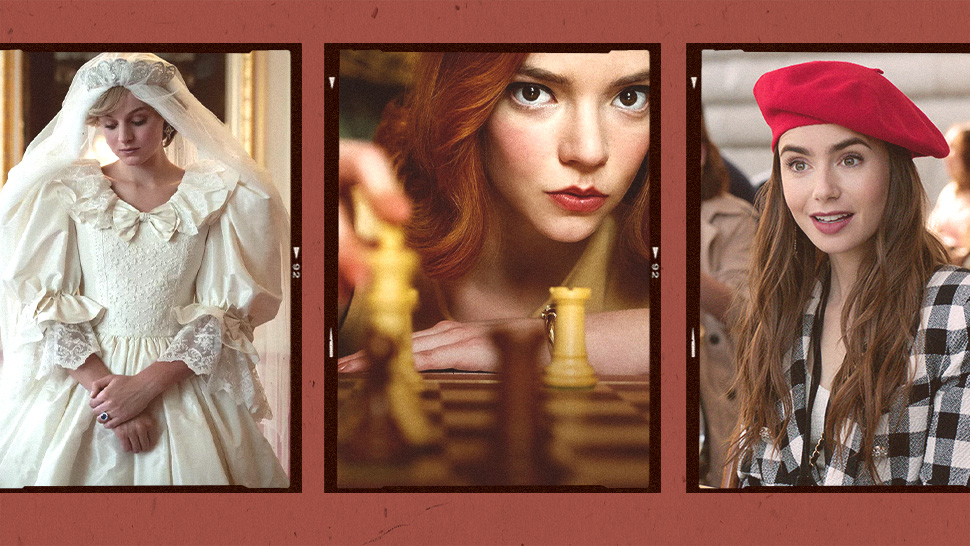 We just couldn’t get enough of Netflix this year—and no, it’s not just because we didn’t have any choice but to stay at home. If we didn’t know any better, we’d say the streaming site definitely saw a lot of success in 2020 especially when it comes to quite a number of their original series including Emily in Paris and The Queen’s Gambit, to name a few.

That said, in case you still have room in your watch list before the year comes to a close, below, we’re rounding up 10 of the best Netflix original TV shows we saw this 2020. Who knows, they might just turn out to be yours, too! (P.S. You might be wondering why K-dramas didn't make it to this list. Don't worry, we're coming out with another one exclusively for this year's best K-content!)

Emily, a 20-something girl from the Midwest, turns her life around when she unexpectedly lands her dream job for a marketing firm in Paris. She faces her new present in the City of Love head on as she learns to juggle through work, friendship, and a blossoming romance. If you watched this viral rom-com, then chances are you harbor a love-hate relationship with it as most people do. That said, despite mixed reviews from critics, it’s officially one of Netflix’s most watched titles this year.

Speaking of popular Netflix series, who could forget the unexpected sleeper hit that was The Queen’s Gambit? Based on the novel by Walter Tevis, the coming-of-age drama follows the young and orphaned Beth Harmon. Though considered an outcast, she unexpectedly discovers her astonishing talent for chess and sets out to become an impressively skilled and glamorous player determined to conquer the male-dominated field. It’s now considered as the streaming platform’s most watched limited series to date with over 62 million subscribers having tuned in to the show on the first 28 days of its release.

The much-awaited fourth season of The Crown finally introduced viewers to Emma Corrin’s Lady Diana, much to the delight of fans. Though Netflix is currently under fire for refusing to explicitly state that most of the events from the show are fictional, they still managed to garner a record-breaking number of viewers on the onset of its release. Reports state that over 29 million subscribers watched The Crown: Season 4 across its first month. That’s apparently 600,000 more than the number of British viewers who saw Prince Charles and Princess Diana’s wedding live back in 1981!

Since it was first released in 2017, Money Heist has continuously seen an impressive exponential growth with the release of every new season. Part four of the Spanish-language series, which was launched last April, was no different either. According to reports, “Demand for Season 4’s first three days soared +36.6 percent compared to Season 3 in the same time frame.”

Praised by critics and the public alike for its hard-hitting and relatable commentary on taboo topics, Sex Education’s second season was a knock-out release that easily surpassed its predecessor. In case you haven’t seen it yet, season two once again follows Otis as he navigates through his newfound sexual urges in order to progress his relationship with his girlfriend Ola. All this while he also deals with his strained friendship with Maeve who may or may not have growing conflicting feelings towards him.

6. The Haunting of Bly Manor

Set in 1980s England, after an au pair’s tragic death, a young American nanny takes residence in the Bly Manor to take care of their orphaned children. But unfortunately for her, as she’ll soon discover, the eerie and gothic house hides centuries of dark secrets lurking at every corner just waiting to be unearthed. The horror series trended on social media for multiple reasons. Remember when everyone freaked after finding out that little Flora’s actress Amelie Bea Smith also happens to be the voice for Peppa Pig? Yeah, we’re still not over it.

Based on a manga of the same name, Alice in Borderland follows Arisu, an obsessed gamer who falls into an emptied-out version of Tokyo, where he and other lost visitors like him must compete in dangerous games in order to survive. As of writing, the series is currently in the Top 10 Most Watched Titles on Netflix Philippines, and it was even recently a trending topic on Twitter!

Falls, tumbles, trainings, teamwork, and drama packaged with a whole lot of heart. All this and more describes Netflix's Cheer, a docuseries on the harsh yet awe-inspiring realities of cheerleading. Suffice to say, the six-episode documentary definitely left us reeling. If you’ve yet to see it, get ready to leave your misconceptions about this underrated and highly competitive sport out the door before pressing play because all the glitz, glam, and pompoms that you see on TV barely touch the surface of what cheerleading truly entails.

Raise your hands if you agree that 2020 truly gave way to a questionable (yet oddly entertaining) start with Love Is Blind. In case you’ve managed to dodge the hilarious memes on social media, this off-the-rocks reality show follows a batch of singles who attempt to date and find their perfect match without ever seeing each other. And yes, they only get to meet face-to-face after the engagement.

Inspired by the life of the show's creator, actress Mindy Kaling, Never Have I Ever chronicles the coming-of-age of a first generation Indian-American teenage girl amid the complications of the modern age. Hilarious, heart-warming, and triumphantly diverse, the 30-minute series bagged a second season confirmation last July just over two months after it was released.

These Gooey Cinnamon Rolls Are A Chocolate Lover's Dream

Did You Know? These 7 Celebs Are Actually Using Stage Names