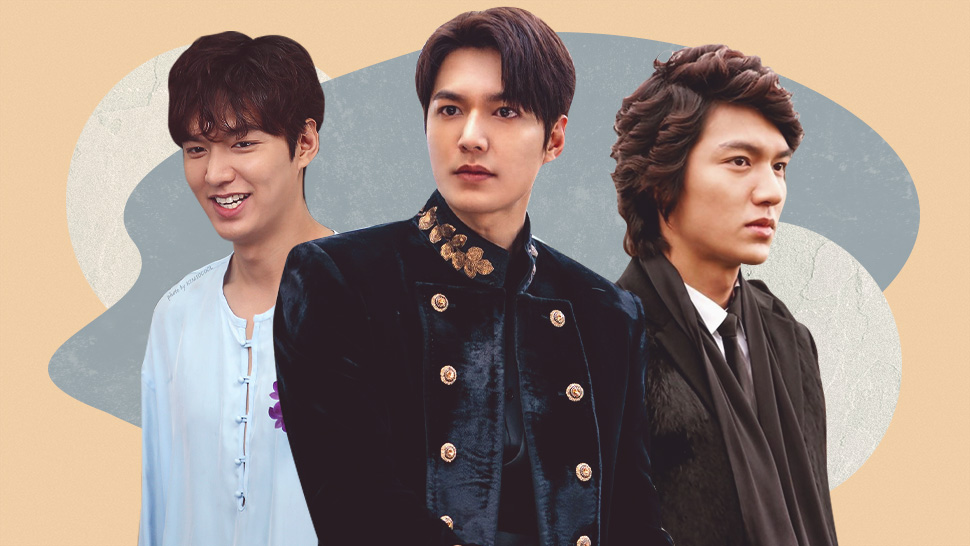 If you’re at all familiar with the K-drama industry, then Lee Min Ho needs no introduction. The Hallyu superstar’s impressive repertoire boasts of many successful dramas that have contributed to his massive popularity not only in South Korea, not only in the Philippines, but also around the world. In fact, he currently reigns as the most followed Korean actor on social media with over three million followers on Twitter, 23 million followers on Weibo, and 20 million on both Instagram and Facebook as of writing. If that isn’t enough proof of his star power, then we don’t know what is!

Just like the rest, Lee Min Ho's success didn't happen overnight. He did small supporting roles in dramas until he finally landed his first-ever lead role for Mackerel Run in 2007. Sadly, because of low viewership ratings, it was reduced to only eight episodes. It was two years later when Lee Min Ho eventually struck gold with his now-iconic role as Gu Jun-pyo in Boys Over Flowers.

Below, we list down Lee Min Ho’s most popular dramas that made him the Hallyu superstar he is today. Don't forget to add these to your watchlist!

Most Popular Lee Min Ho dramas you need to watch:

The K-drama that inarguably put his name on the Hallyu map was Boys Over Flowers, the 2009 Korean adaptation of the popular ShÅjo manga of the same name, which tells the story of a high school girl from a working-class family who crosses paths with a group of notoriously wealthy and good-looking young bachelors called F4. Lee Min Ho plays its leader, Go Jun-pyo, the heir to one of the biggest companies in South Korea. Although hot-tempered and arrogant, he has a warm heart deep inside. He ends up falling in love with Geum Jan-di (Ku Hye Sun) and doing whatever it takes to protect her, even if it means defying his own mother.

Boys Over Flowers has amassed high viewership ratings in South Korea when it broadcasted in 2009, but its immense popularity easily extended all over Asia with the main cast being shot to instant stardom. The drama also won Lee Min Ho the Best New Actor award at the 45th Baeksang Arts Awards.

Following the huge success of Boys Over Flowers, Lee Min Ho starred in Personal Taste alongside Son Ye Jin as his next project. In the romantic comedy, he played the role of Jeon Jin-ho, an architect who had to pretend to be a gay man so he would be allowed to live with Park Gae-in and dig up more information on her ancestral home called Sanggojae. The two develop romantic feelings for each other and complications arise.

On why he chose the role, Lee Min Ho once revealed in an interview, "I think I would do a better job playing heavy and more defined roles when I am older. I think Personal Taste was perfect because it is bright, cheerful but you can also laugh and cry over it as well."

Lee Min Ho enjoyed continued popularity when he paired up with Park Min Young for City Hunter the following year. He plays Lee Yoon-sung, an elite IT engineer from MIT, who enters the Blue House with the intention to fulfill his adoptive father's plan for revenge. He eventually meets and grows feelings for Kim Na-na, a bodyguard, even though he was warned not to fall in love and focus only on his ultimate mission.

City Hunter was a commercial success and won Lee Min Ho both the Best Actor and the Hallyu Star Award at the 4th Korea Drama Awards in 2011.

Four years after Boys Over Flowers, Lee Min Ho once again played a chaebol heir for his new drama. The Heirs, which was written by famed screenwriter Kim Eun Sook, follows a group of privileged high school students who come from wealthy and powerful families. Kim Tan (Lee Min Ho), the heir to a large conglomerate, meets an ordinary girl named Cha Eun-sang (Park Shin Hye) while in the United States. They accidentally meet again in Korea and she turns out to be the daughter of their housekeeper.

Watch it on: Netflix, iQIYI, Viu

After focusing on filming movies for a while, such as Gangnam Blues (2015) and Bounty Hunters (2016), Lee Min Ho returned to the small screen in 2016 for The Legend of the Blue Sea, where he teamed up with Jun Ji Hyun for a romantic fantasy drama. Lee Min Ho played the role of Heo Joon-jae, a skilled con man who fell in love with a mystical mermaid who traveled across the ocean to find him. The drama is anchored on destiny, reincarnations, and unrequited love.

The Legend of the Blue Sea marked Jun Ji Hyun’s first drama since giving birth to her first child, as well as Lee Min Ho’s last before he enlisted for mandatory military service.

Watch it on: Netflix, iQIYI, Viu

For his much-awaited K-drama comeback, Lee Min Ho played the role of Emperor Lee Gon in The King: Eternal Monarch. His new romantic fantasy drama, which tackles time traveling and alternate universes, tells the story a young monarch from the fictional Kingdom of Corea who discovers a magical portal that bridges two parallel worlds. He crosses over to the Republic of Korea in search of a royal traitor, and there, he meets detective Jeong Tae-eul (Kim Go Eun) who’s mysteriously linked to his past.

What Is A Robot Vacuum And Does It Really Make Cleaning Your House Easier?