LOOK: Here's How (and Why) Bela Padilla Decided to Uproot Her Life in Manila and Move to London|Read more »
Culture | By Paul John Caña for Esquiremag.ph - Dec 5, 2020 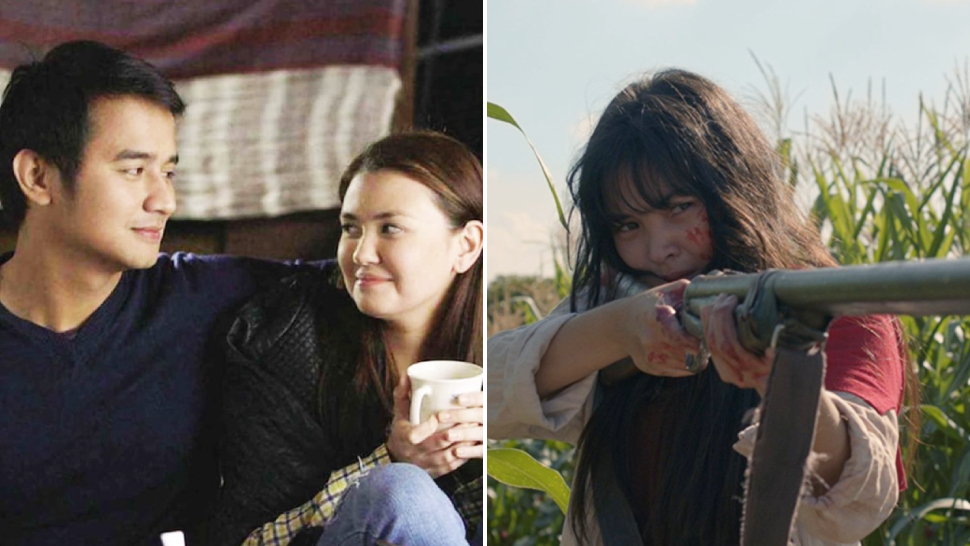 There are few things more relaxing than settling in with popcorn or chips to watch a movie at home after a long day. Streaming sites have a nearly unlimited option for just this reason, and Netflix, in particular, has quite a selection of local films if you’re in the mood for them.

Here’s a totally subjective list of what we think are the best Filipino movies on Netflix right now:

A 100-plus-year-old woman living in a sleepy rural town is just going through the motions, waiting for the moment until she is put out of her misery by the sweet release of death. But a chance that she could possibly be the world’s oldest living grandmother has the whole town in a tizzy. The appearance of a mysterious stranger with a surprising secret further complicates things. If you’re looking for truly original Filipino storytelling, with a fantastic cast that’s more than up to the challenge, look no further.

In a barangay where petty thievery is not only encouraged but celebrated, three small-time crooks (plus a new recruit) get together to pull off a daring, if slightly ridiculous heist. More than divvying up the spoils, the goal is to prove their worth as robbers, which is…admirable if you really think about it. Pause your morals when you play this on Netflix because it’s a wild ride that delivers on genuine laughs.

Most audiences know Paolo Ballesteros as a funny guy that we see daily on Eat Bulaga, but if there were any doubts as to his capabilities as an actor, Die Beautiful puts them to rest. As transgender make-up artist Trisha Echeverria, Ballesteros portrays the struggles of an underrepresented and misunderstood community with grace, humor, and charm. A strong supporting cast that includes Christian Bables, Joel Torre, and Gladys Reyes completes this sometimes funny, ultimately tragic character study.

Directed by Jun Lana (who is also the filmmaker behind Die Beautiful), Unforgettable stars local entertainment icon Sarah Geronimo in perhaps her best, most transformative role to date. As Jasmine, a girl with special needs, Geronimo stars alongside an adorable pooch named Happy, as they attempt to make their way from Manila to Baguio, where her grandmother is stricken with illness. The singer and actress has made a killing at the box office for years with cutesy romantic-comedies, but in this film, she draws on her own reserves of acting chops to deliver a standout performance in a truly, well, “unforgettable” film.

A standout when it was released as part of the lineup of the 2016 Metro Manila Film Festival, Saving Sally combines live action with animation (Space Jam-style) in a tale of delicate romance, whimsy, and imagination. When you’re fed up with the nonstop onslaught of real-life sadness and tragedy, snuggle in with your significant other on the couch with some ice cream topped with marshmallows and bask in the unabashed optimism of this movie.

There are plenty of escapist romantic-comedy Filipino movies on Netflix, but few have the realism, depth, humor, and heart of That Thing Called Tadhana. Mace (Angelica Panganiban) and Anthony (JM de Guzman) meet-cute in Rome, spar over One More Chance and the ideas of love and romance on the flight back to Manila, and eventually end up taking an impromptu road trip to Baguio and Sagada. It’s far from perfect, but what sets the movie apart from so many other tired old Pinoy rom-coms is the razor-sharp writing (Antoinette Jadaone) and the easy, natural performances of the leads.

Teenagers living as petty thieves on the streets find their lives upended when they suddenly become parents. That’s a movie unto itself, but things take a turn for the worse when their baby is kidnapped. The young couple’s attempt to recover their child forms a significant portion of the film, but one can also see it as a commentary on the deliberate attempt to sweep away the destitute and uneducated, the so-called dregs of society that people with means would rather see disappear. The film pulls at the heart strings as much as it is an eye-opening experience.

Arguably one of the best Filipino romantic comedies in recent history, Kita Kita stars Alessandra De Rossi and Empoy Marquez in career-defining roles. After Lea (De Rossi) witnesses her fiance flirting with another woman, she suffers from stressed-induced temporary blindness. Next-door neighbor Tonyo (Marquez) starts helping her out and the two develop a closeness that soon blossoms into a romance. We won’t give away the ending, but there’s a good chance that, after seeing this movie, you’ll be just as enraptured as countless others have been.

The late, great Eddie Garcia had a long, impressive career as one of the country’s most versatile and beloved actors, but one of his final film roles also turned out to be one of his best. Acting alongside Gina Pareño, Garcia played one-half of a senior couple forced to wait in Purgatory before the final judgment. Although they were committed to different people while they were still alive, the two reconnect and realize their feelings for each other and make a decision that will resonate through all eternity. It’s a touching story on the power of love that defies earthly conditions, and a reminder that romance isn’t just for the young.

Yet another entry that focuses on relationships between more mature adults, Waiting for Sunset tells the story of Teresa and Celso, a couple who have stayed together for years despite not being married. It turns out that Teresa’s actual legal husband, Bene, is still around, and contacts her with news that he’s terminally ill. The film deftly tackles society’s obsession with youth at the expense of the elderly, and visualizes the reality that the often finicky issues of love and relationships affects everyone, regardless of age. Outstanding performances also from all three leads—Perla Bautista, Menggie Cobarrubias, and Dante Rivero—make this a must-see.

Who knew Anne Curtis would be believable as an action star? The often prim and proper Curtis transforms into a tough police officer who is part of an elite team in the narcotics division of the Manila Police District. When an initial operation to capture a bigtime drug lord goes awry, she and her team are led to a hellish encounter in the underbelly of Manila’s wild slums. The action sequences are stunning and the climactic final battle is nothing short of breathtaking. You can look at it as a commentary on the current administration’s war on drugs, but Buy Bust is also just gut-wrenching spectacle and certainly one of director Erik Matti’s best.

If you’re looking for a reason to watch Birdshot, here are two: it was the film picked to represent the country in the Best Foreign Film category at the Academy Awards, and it’s the first Filipino film Netflix bought for worldwide distribution on its platform. After a young girl shoots a Philippine eagle, a protected bird species, a police officer is diverted from an investigation into the disappearance of a busload of farmers in order to track down the eagle’s killer. Part social commentary and part coming-of-age, the film is all riveting from start to finish.

10 Private Villas With Swimming Pools In And Around Antipolo