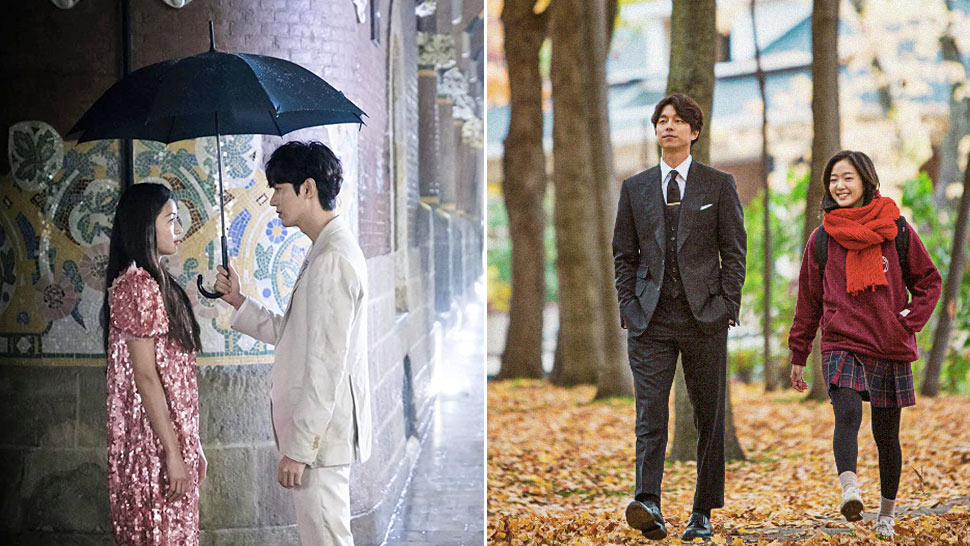 We can’t believe we’re saying this, but all good things must come to an end—including The King: Eternal Monarch, a.k.a. Netflix’s mind-boggling K-drama that kept us on the edge of our seats as we wondered what would happen next. While we’ll definitely miss Lee Min Ho and Kim Go Eun, another thing we couldn’t get enough of was the ambitious plot that involved parallel worlds, time traveling, and fairytale-like romance between the leads.

That said, if you’re a huge TKEM fan who’s still struggling with the thought of letting go, we bear good news: The world of K-drama actually has a vast library of fantasy-themed series for you to choose from!

Below, check out our list of fantasy Korean dramas you can binge-watch next if you loved The King: Eternal Monarch.

Love the concept of time traveling? Tomorrow with You, starring Lee Je Hoon and Shin Min Ah, tells the story of Yoo So-joon, a CEO of a real estate company who can travel through time via the subway. After accidentally foreseeing his future self die, he decides to marry Song Ma-rin, an amateur photographer, in an attempt to change his fate.

2. Legend of the Blue Sea

FYI, The King: Eternal Monarch wasn’t the first time Lee Min Ho dipped his toes into the fantasy genre. Before his military enlistment in 2017, the Hallyu heartthrob starred alongside Jun Ji Hyun in Legend of the Blue Sea—a modern-day fairytale between a beautiful mermaid and a smooth-talking conman who were destined to fall in love.

Speaking of Jun Ji Hyun, here’s another fantasy K-drama that you shouldn’t sleep on! A massive success in the Hallyu world, My Love from the Star sparked beauty and fashion trends worldwide. Also starring one of South Korea’s most sought-after leading men, Kim Soo Hyun, the story revolves on Cheon Song-yi, a famous actress; and Do Min-joon, an alien who landed on earth 400 years ago during the Joseon era with supernatural abilities including enhanced speed, hearing, and vision.

If it’s Kim Go Eun you couldn’t get enough of, then Goblin should be a priority on your list! Alternatively titled Guardian: The Lonely and Great God, it features a star-studded cast including Gong Yoo, Lee Dong Wook, and Yoo In Na. In a nutshell, it tells the story of a mystical goblin in search of the human bride who will end his immortal life—but there’s more to it than that. We have a handsome grim reaper, a leading lady who sees ghosts, and a chicken restaurant owner who was a queen in her past life. (Oh, and btw, it was written by Kim Eun Sook, who also penned TKEM!)

The idea of an alternate universe is not exactly new in the world of K-drama. In W: Two Worlds Apart, viewers are taken on a rollercoaster ride that features the love story between Oh Yeon-Joo (Han Hyo Joo), a surgeon from the real world, and Kang Chul (Lee Jong Suk), the main character of a webtoon that is its own alternate world.

If an alternate universe inside a webtoon doesn’t excite you, then how about the worlds of the dead and the living? In Hotel del Luna, IU plays Jang Man-wol, the cold and ill-tempered owner of a hotel that caters to ghosts. Starring alongside him is Yeo Jin Goo who plays Chan Sung, a Harvard graduate who was left with no choice but to manage a haunted place that welcomes deceased souls who are on their way to the afterlife.

An oldie but goodie! Rooftop Prince, starring Park Yoo Chun and Han Ji Min, tackles past lives and reincarnations. Crown prince Lee Gak travels 300 years into the future and arrives in 21st century Seoul, where he encounters familiar faces from the Joseon era who are now living their present lives—including his wife whose mysterious death he yearns to solve.

A romance against all odds between a deity and a human being? Count us in! Alternatively titled Hwayugi, this fantasy drama is a modern spin-off of the Chinese classic novel Journey to the West. Cursed with the ability to see spirits, Seon-mi (Oh Yeon Seo) once again crosses paths with Son Oh-gong (Lee Seung Gi), the deity she happened to save 25 years ago with the promise to protect her from danger every time she’d call his name.

A heartwarming drama that actually focuses more on real relationships rather than the fantasy aspect, Go Back Couple throws the element of time traveling into the mix to make a case for a married couple’s journey to staying in love. Regretting having married at such a young age, Choi Ban-do (Son Ho Jun) and Ma Jin-joo (Jang Na Ra) wake up to find themselves back to their 20-year-old selves right before they meet for the first time.

If you loved playing detective in TKEM and also enjoyed the idea of traveling through time, then Signal might be a good fit for you! Currently the 10th highest-rated Korean drama in cable television history, Signal—which stars Lee Je Hoon and Kim Hye Soo—tells the story of a detective in the year 1989 who is able to communicate with a cold case profiler from 2015 using a mysterious walkie-talkie. Together, they try to solve crimes and prevent them from ever taking place.

These Shops Deliver Kakanin In Manila To Satisfy Your Cravings

All The Items You Should Check Out In A Korean Grocery