Channel your inner Nancy Drew with these thrilling dramas that will keep you guessing. 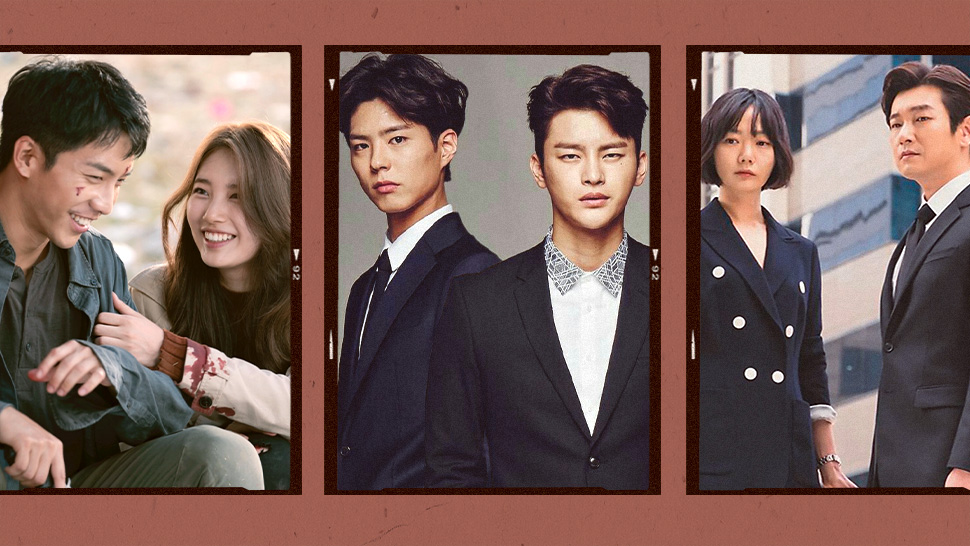 When we think of K-dramas, we often picture star-crossed romances and light-hearted comedies because these are the popular tropes among most Filipinos. Yet despite that, we all know that Korean television culture is a melting pot of various different stories and it thrives in a diverse collection of genres, so much so that there’s just too many to choose from. With that said, if romcoms aren’t really your cup of tea, why not try some thrilling detective K-dramas instead?

For those who grew up watching mystery crime stories like Nancy Drew and Sherlock Holmes and love being kept on their toes, these shows might just hit the spot for you.

Four rookie detectives work together in a police station in Gangnam, South Korea. The new recruits arrive on their first day of work, realizing that they initially all didn’t plan to join the crime squad. One of the detectives, Kim Ji-yong, tries to unravel the truth behind the murder of his mother who died 11 years ago by investigating their team leader whom he thinks might have a connection to the incident.

Cha Dal-geon is a stuntman in pursuit of becoming a famous action star, all while simultaneously being a guardian to his nephew. When the latter dies in a tragic plane crash, Dal-geon is convinced that someone sabotaged the flight. Go Hae-ri is an NIS agent working undercover at the Korean embassy. Together, they try to uncover the mystery of the incident but end up discovering a darker scandal than they had expected.

A popular detective, Moo Jin-hyuk is consumed with guilt after his wife was murdered while he was at work. He then enlists the help of Kang Kwon-joo, a professional voice profiler haunted by her own dark past. The two detectives team up to solve their cases and chase down the killer responsible for the deaths of their loved ones.

Also called I Remember You, Hello Monster tells the story of a criminal profiler who returns home from New York City after a case he’d been sent to triggers lost memories. Unbeknown to him, one of his team members has already been silently investigating him for a while now. Both of them seek to unearth each other’s secrets, unaware that they’re caught in a circle game orchestrated by someone else.

The drama centers around a cold, grouchy forensic doctor, and a warm-hearted rookie prosecutor. In order to solve the cases given to them, this unlikely duo must team up and learn to get along if they want to successfully pursue justice.

Alternatively titled Bad Detective, Less Than Evil is about a lonely veteran detective who straddles the line between good and evil. He crosses paths with a female psychopath but due to the lack of evidence, he is unable to arrest her, up until the same woman eventually helps him to solve his cases. The series is based off of the British psychological crime drama titled Luther, starring Idris Elba.

The show starts 15 years prior with the murder of a young girl. Park Hae-yeong, who was an elementary student at the time, was a witness to the crime, and begins to lose trust in the police, after they are unable to find the culprit. Fast forward to the present, Hae-yong joins the force and becomes a criminal profiler. He eventually finds a walkie-talkie that somehow gets him in contact with Detective Lee Jae-han, a brilliant man who just so happens to live in the past. Together, they solve various other unsolved cold cases though they live in different eras.

Lead crime investigator Han Tae-joo rises up the ranks in his career by learning to solely trust data over people. His straight-laced life, however, takes a turn when an accident occurs while he’s investigating a case, which propels him back to the year 1988. Now somehow working as a detective in a small city, he must solve a serial murder case from that time period in order to return to the present.

In 1986, Detective Park Gwang-ho scrambles to catch a serial killer and enters a tunnel while chasing after him. At the end of the tunnel, he mysteriously finds himself in the year 2017. While there, he ends up partnering with Detective Kim Sun-jae and criminal psychologist Shin Jae-yi to catch the same suspect who’s continued on with his murder spree 30 years later.

A brain surgery he had when he was a child has caused Hwang Si-mok to lack emotion and empathy. Now a cold and rational prosecutor with little to no social skills, he’s tasked to take on a murder case with the help of police lieutenant Han Yeo-jin. As the two begin to unravel the truth behind the killings, they find themselves entangled in a corrupt political scheme that they must now also investigate and expose.

Heart Evangelista Had The Best Reaction To The Video Parody Featuring "ms. Hurt"