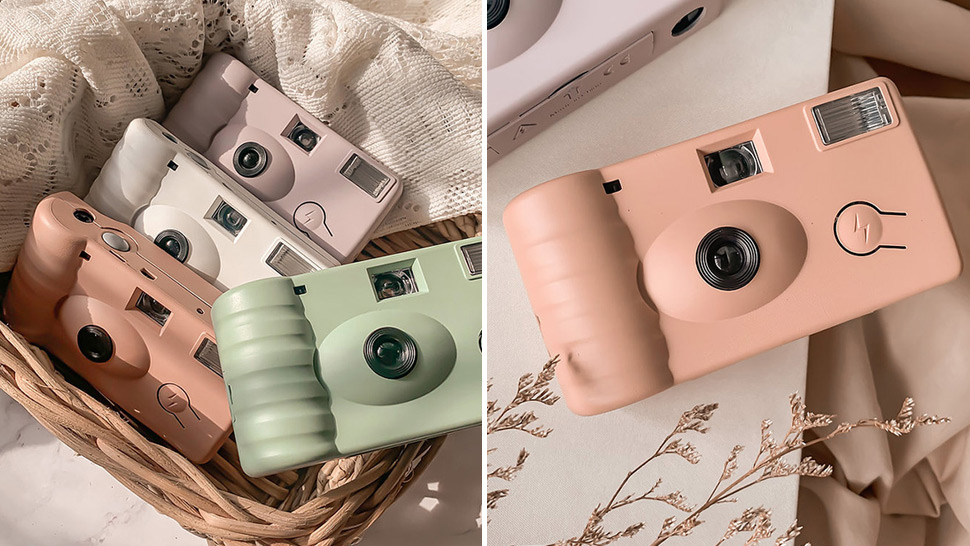 If you're looking to get into analog photography, you may have noticed that film cameras—whether basic point-and-shoots or more advanced models—can be pretty pricey. Luckily, you need not splurge on anything too fancy right away, especially if you just want to give the hobby (and the aesthetic that comes with it) a try. For film newbies, disposable cameras are an option.

If you grew up sometime between the late '80s and early 2000s, you probably saw your fair share of disposables at local film-developing shops and maybe even tried them out a few times. For the young ones out there, disposable cams are basically cameras with a built-in film roll that you can use up just once. When the film is developed, the camera's plastic body is typically destroyed in the process—hence the term disposable. They're a great option if you don't have the money to spend on a camera or on several new rolls of film.

Now, we don't suggest you stick to disposable cams if you take analog photos on the regular—they do generate a lot of waste and the cost will add up over time if you keep buying them—but for one-time use or for clueless first-timers, they're definitely worth considering. Here's one you'll want to add to cart: Local brand Ben and Bart makes the prettiest disposable film cameras and you can get them on Shopee!

These gorgeous cameras are decked out in soft pastel colors, so they double as both an easy-to-use analog cam and a cool flatlay accessory. Each device makes use of basic point-and-shoot operation and has a 35mm film roll and batteries already pre-installed, so they’re totally dummy-proof. They also have a built-in flash, so you can take cute pics even in bad lighting. Just choose your subject and snap away!

Each camera comes with a total of 17 shots, which means once you’ve taken 17 photos, your cam is ready to be developed. They’re a great option for documenting a fun trip or a big event, so you can take pics without having to use your phone or fuss about the photos right after taking them—after all, you won't even be able to see them until later. Trust us, you’ll quickly forget what photos you even took with the disapoable. That means after developing your snaps, you’ll be treated to a nice little surprise and relive all your best memories.

Check out each of Ben and Bart's disposable film cameras:

Psa: Kim Seon Ho Might Play A Half-filipino In His Debut Movie