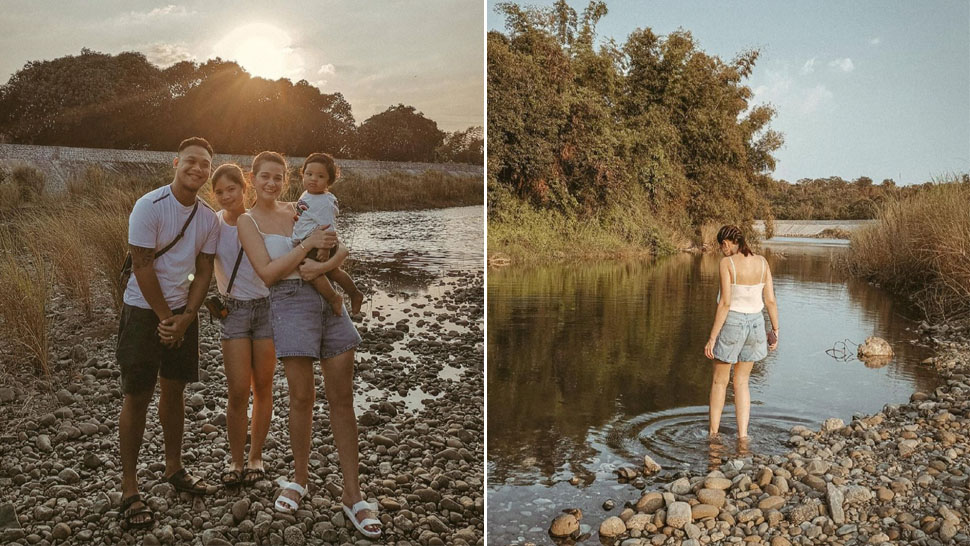 IMAGE instagram/beaalonzo
The actress seems to have indirectly responded to Gerald Anderson's viral interview that referred to their previous relationship as "very unhealthy and toxic."
Shares
Share
Tweet

ICYMI, Gerald Anderson broke the internet when he gave a tell-all interview with Boy Abunda last Friday, March 5, confirming his current relationship status with Julia Barretto. In the same interview, Gerald was asked whether or not it was true that he "ghosted" his former girlfriend Bea Alonzo when they broke up in 2019. To which, he responded: "I don't have the guts to put someone in a bad light because gusto ko linisin yung image ko o yung side ko."

Yikes! Naturally, the netizens have been feasting on it and re-visiting details of their breakup since the aforementioned interview aired, but Bea has been keeping mum on the issue—until tonight, it seems.

In the face of controversy, Bea has chosen to spend the weekend unbothered at their farm in Zambales, taking to Instagram to post snippets of her having quality time with her family while indirectly addressing his old flame's now-viral statement about their previous "unhealthy and toxic" relationship.

"I love going back to our farm in Zambales; there’s always something fun to do. Kanina, lumabas kami para magtampisaw sa ilog. Simple lang, pero ang saya," Bea writes. "These are the moments I live for. The time that this pandemic allowed us to have to be able to spend time with the people we love is what I am most thankful for."

Bea then adds to her caption a few more lines that seemingly allude to Gerald's controversial interview: "So, here’s to TIME! Time that is best spent with family, time that heals all wounds, and TIME AS THE ULTIMATE TRUTH TELLER!"

Well, her cryptic caption aside, we have to say that we wholeheartedly agree—nothing beats spending precious time with family, especially when surrounded by the beauty and wonders of nature.

In a previous report, Bea talked about their 16-hectare farm in Zambales which she considers as one of her best investments. They named the land "Beati Firma," which is Latin for "Blessed Farm."

Craving Korean Street Food? Here's Where To Get Odeng Without Going All The Way To Myeongdong