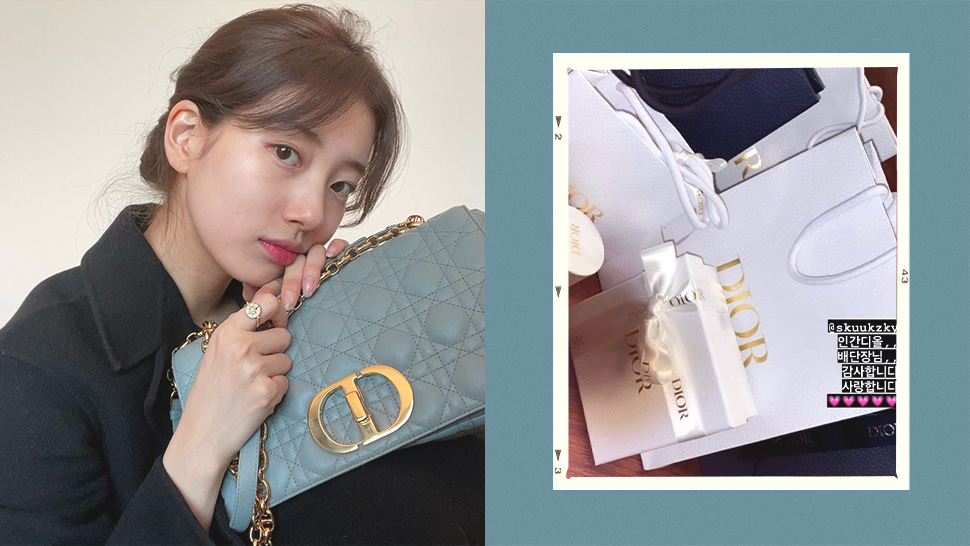 Fun fact: It’s been 10 years since Bae Suzy debuted in the entertainment industry, and what an illustrious career she’s had so far!

To celebrate the milestone, Suzy recently held a free online concert for fans titled Suzy: A Tempo last Saturday, January 23. (The event was originally scheduled to happen last year in December 2020 but they had to postpone it due to COVID-19 restrictions.)

As expected, the 26-year-old shone onstage as she danced to a medley of Miss A tracks, sang a few acoustic covers, and even serenaded viewers with her latest K-drama Start Up’s original soundtrack.

It wasn’t just Suzy’s fans who got lucky that day, though. As a thank-you for their hard work, the actress and singer left presents for her concert staff after their successful run. And they weren’t your ordinary, run-off-the-mill gifts, mind you! In fact, this Dior muse gave her colleagues luxury pieces from the famed French fashion house!

Suzy’s staff—from her dancers, to her live band, and even her stylist and makeup artist—took to Instagram to express their thanks for the singer’s thoughtful gesture. As seen from their photos, Suzy’s expensive gifts ranged from mens wallets, to card holders and J’ADIOR chokers, and more.

How sweet! No wonder she’s been dubbed "The Nation’s First Love," and "Human Dior" by both her fans and the Korean public.

Of course, beyond the presents, Suzy’s staff were all praise for the singer’s humble and kind personality. "I thought she was just a pretty person on the outside but...during a cold and long winter shoot, it would be cold even after wearing something on top, and yet even while wearing such thin clothes, she continually came by and praised how lovely the flowers were,” shared one crew member on social media. “Such a lovely character. Kind consideration for the hard-working staff and a passion for music...so much to learn from. There's a reason that she is so popular even after 10 years. I am even more excited for her 10 years in the future."

Suzy officially debuted in 2010 at the young age of 16 with her K-pop girl group Miss A. She juggled both her idol and acting careers after her lead role in the 2011 musical rom-com Dream High established her as a capable actress. Her most recent show, Start-Up, was hailed as one of the most popular K-dramas on Netflix last 2020.