LOOK: Julia Barretto Is Ready for Mature Roles, Which Means Living Life on Her Own Terms|Read more »
Culture | By Anri Ichimura for Esquire.ph - Sep 29, 2022 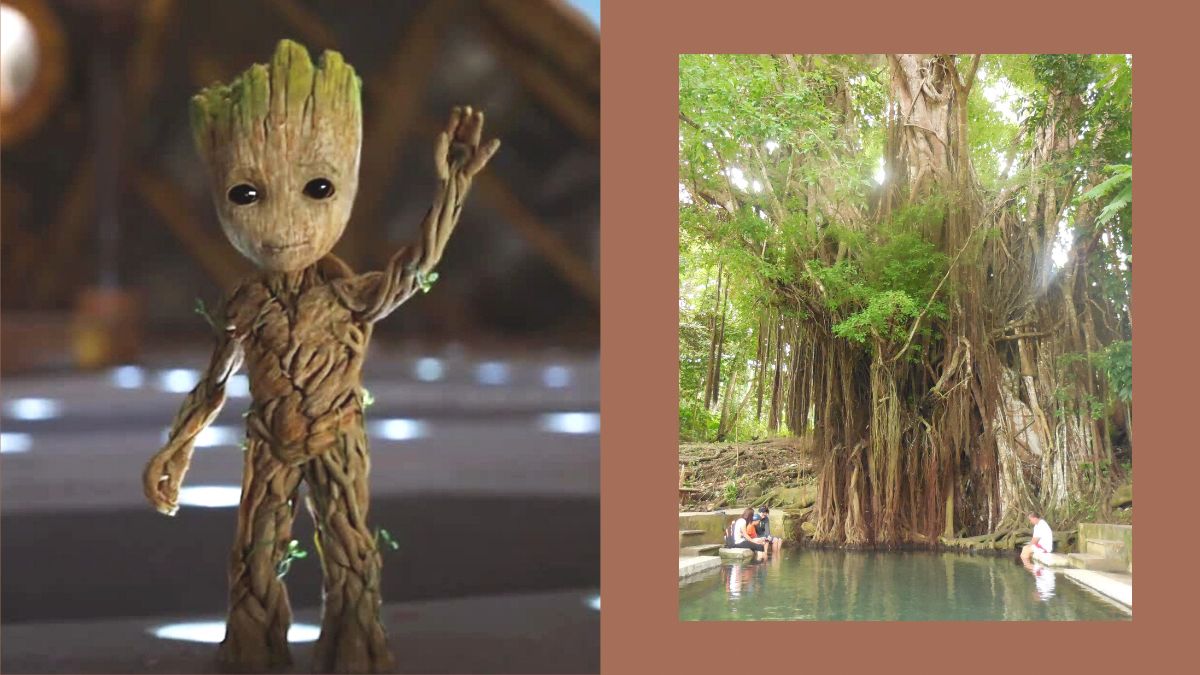 Get those Filipino flag memes on draft! The Philippines just got its biggest dose of representation in the Marvel Cinematic Universe.

Baby Groot, everyone’s favorite talking, walking adorable plant, is Filipino. You read that right! This Guardians of the Galaxy superhero was actually inspired by the Philippine Balete tree.

READ: How this Filipino Marvel Studios artist was inspired by Balete tree for Guardian of the Galaxy's Baby Groot

Former Marvel Studios senior visual development artist Anthony Francisco revealed this little tidbit in an episode of the Mexipino Podcast, where he shared how the Philippine plant species influenced the design of Baby Groot. But the biggest inspiration for Baby Groot was his own young son.

“Watching Baby Groot on screen for the first time feels like I captured my son, [so] pretty much, Baby Groot is a little Filipino kid,” shared Francisco on the podcast.

We’re sure Francisco’s young son inspired the cuteness factor of Baby Groot, because there’s nothing quite so cute about the Balete tree. Filipino folklore claims Balete trees are home to ghosts, engkantos, dwendes, kapres, diwatas, tikbalangs, and other not-so-nice creatures in our mythology. But Francisco managed to take a creepy part of our culture and somehow make it cute!

Instead of just being the home of the White Lady, the Balete tree is now the visual inspiration for the most adorable member of the Guardians of the Galaxy. According to Francisco, this was a conscious effort on his part so his son would see more of his culture on the big screen.

"When [my son] was four years old, I was like, ‘How else can I add more of my Filipino culture in here?’ Even though he’s already a tree plant, but I wanted to use a specific type of tree called the Balete tree in the Philippines and there’s stories about that… the Balete tree where the White Lady resides,” shared Francisco. “I just used some of the textures from that, and the way the roots kinda hang down, and the limbs and the internal parts of Baby Groot. Even the face, the cuteness of it, the wide eyes, this just looks like my son.”

But it isn’t just Philippine representation that we see in Baby Groot. According to Francisco, even the trees in Angkor Wat, Cambodia inspired parts of Baby Groot’s design.

“Guardians of the Galaxy was the first film I worked on for the MCU and I am glad to see and be part of the process of bringing this character to the big screen,” said Francisco in an Instagram post. He also shared that Baby Groot was actually his first main character design that got approved by the MCU.

Francisco—who’s also worked on characters like Loki and the Dora Milaje—was born in Quezon City and raised in Cubao. He eventually migrated to the States when he was a teenager and settled down with his family in L.A.

If Baby Groot is technically a Balete tree, does this make him Filipino? An alien Filipino? A Filipino alien sentient tree? The semantics are messy, but he’s not the only Filipino-inspired superhero in the Marvel world! While she hasn’t been introduced in the MCU yet, Pearl Pangan, aka Wave, is the Filipino flag holder in the Marvel Comics.

Representation seems to be the MCU’s guiding star nowadays, even behind the scenes. From Anthony Francisco’s work in the MCU to Ronnie del Carmen’s contributions to DreamWorks and Pixar, Filipino artists have been creating superheroes for the world for a long time.

This Minimalist House In Antipolo Doubles As A Chic Rental Studio