JUST IN: Jinkee Pacquiao Is One Glamorous Ninang at a Wedding Wearing Accessories Worth at Least P10 Million|Read more »
Culture | By Em Enriquez - Nov 29, 2022

IMAGE Instagram/atashamuhlach_
Discover some fun facts about this it girl on the rise!

As we've seen as the ages go by, being born with artista parents is virtually a gateway into a glitzy career. Do these people just have a natural knack for being in front of the cameras? Is having that so-called "X-factor" genetic? Does starpower flow through their veins?

These are questions twins Andres and Atasha Muhlach can probably answer. Not everyone gets to say that Filipino TV icons Aga Muhlach and Charlene Gonzales are their parents, after all. While the two have been living their lives as regular college students lately (Aga and Charlene are pretty adamant about them completing their studies first, as they should), they've each been slowly carving out their own places in the industry. Atasha, in particular, made quite the rupture when she recently graced the ultra-exclusive Le Bal des Debutantes in Paris.

And now, we're left with even more questions for the newly-minted deb: What did it feel like waltzing at the prestigious gala? Does she feel any pressure from having superstar parents? What's her next move now that she's an it-girl-in-the-making? While we suspend ourselves in wonder with these queries, it'd be best to at least get to know the 21-year-old better. Learn more about Atasha below.

1. Atasha Muhlach is a Scorpio.

Alongside her twin brother Andres, Atasha was born on November 5, 2001.

2. Atasha Muhlach is a college student in London.

After finishing her high school studies at the British School Manila, Atasha flew to Nottingham, London to take up a business-related course. (ICYDK, Andres is also studying in Europe, specifically in Spain!)

In a press conference, Aga revealed that it wasn't that difficult for him and Charlene to let their children go, since they already trust in their capabilities to be independent. "Dahil sila lang ang nandun, natututo silang kumilos mag-isa, mag-ayos ng kuwarto nila, magluto, mag-ayos ng gamit nila, mag-budget ng pera nila, lahat," he expressed.

Growing up, Atasha and Andres have become regular cast members in different advertisements starred in by their parents. They can be seen making cameos in commercials for brands like Jollibee, Selecta, and Toyota.

Additionally, this young lady has also made her own strides in the world of modeling! She's already one of Bench's staple endorsers, having fronted a good number of the clothing brand's campaigns since 2021.

Aside from hitting the books and smizing for the camera, Atasha spent her teen years playing various sports like basketball, rugby, football, and even wakeboarding! She and her dad used to bond by playing "golf" with paper balls during the onset of the pandemic.

Atasha is also pretty fond of drawing and painting. On her Instagram account, she has a highlight dedicated to her works, which are usually of portraits of people. Her artistic inspiration? No one else but the elusive Bansky.

Another delightful discovery from the 21-year-old's social media is her talent for singing and playing the piano! She's stated in an interview that she got to rekindle her musical skills during the prolonged COVID-19 lockdowns. We love a gal of many skills!

7. Atasha Muhlach had her first acting experience when she was only 10 years old.

Start 'em young, right? Atasha's first time performing in front of an audience came when she was only 9 years old, as one of the Von Trapp kids in a local theatre production of The Sound of Music. We're looking forward to witnessing her next role!

8. Atasha Muhlach is a fashionista.

Of course, one of the things we absolutely adore about Atasha is her stylishness that's way beyond her years. When she isn't all dolled up for galas or shoots, she can often be spotted in fuss-free neutrals and chic casual silhouettes. Definitely a peg for anyone who wishes to nail the model-off-duty lewk!

9. Atasha Muhlach is the 9th Filipina to attend the Le Bal des Debutantes.

Having just debuted at the VIP event in Paris, the Gen Z star follows the high-heeled footsteps of socialites and entreprenuers Dominique Cojuangco, Monica Concepcion, and Rocio Zobel, among others. ICYDK, most debs hail from affluent families involved in business, politics, and entertainment.

Now that she's a certified it girl to watch, make sure to stay updated on Atasha by following her on Instagram here.

7 Cool, Casual Outfits from Atasha Muhlach That Prove She's a Stylish Star in the Making 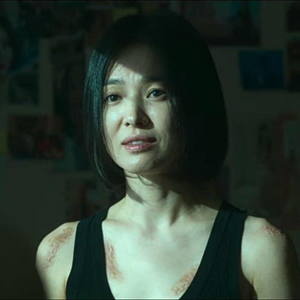