Want to see more of the Japanese heartthrob’s body of work? 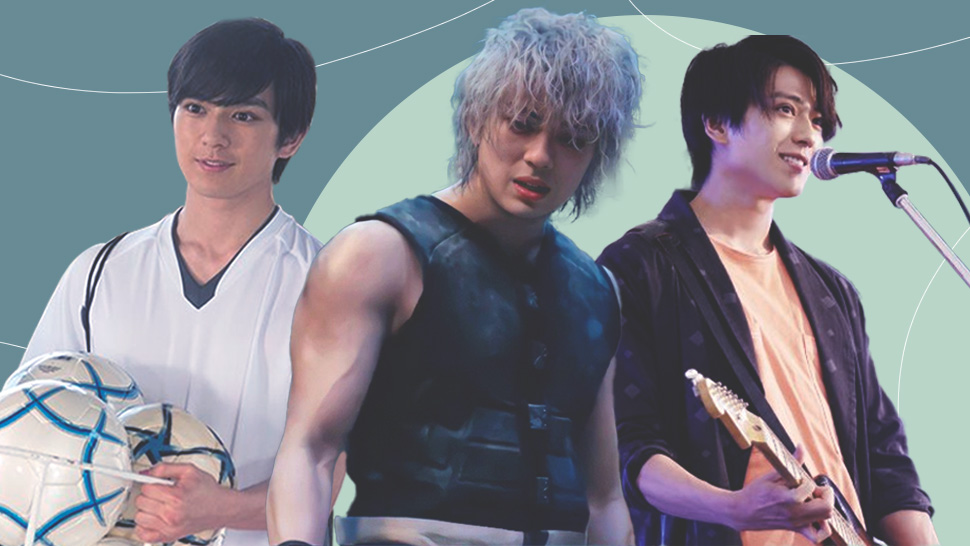 If you’ve only come across Arata Mackenyu after watching Rurouni Kenshin: The Final, then you’re in for a treat. The 24-year-old Japanese-American actor has quite the portfolio that ranges from action movies to romance flicks. ICYDK, he even played a part in 2018’s Pacific Rim: Uprising alongside Star Wars lead John Boyega. The fresh-faced star also has a reputation of being a heartthrob and graces fashion magazines in Japan like Fine Boys, Numero, and Nylon on the regular. Not to mention he’s an influencer for Louis Vuitton, too! So if you’d like to see more from this budding leading man, here are some films and series starring Macken that you should definitely binge-watch next!

The story revolves around university student Sota Kubota (Takumi Kitamura of DISH) who stumbles upon a cassette tape containing songs from the deceased musician Aki Miyata (Mackenyu). Whenever Sota plays the tape, the spirit of Aki possesses him. It eventually leads to Sota meeting Aki’s former girlfriend.

A simple but thrilling tale of two brothers who bicker non-stop but eventually try to make thing work to compete at the World Rally Championship. If you’re up for some car racing and a lot of adrenaline, this is definitely a must-watch.

Sometimes a girl will do everything to impress her crush! Hikari Tomonaga (Hirose Suzu) joins their high school cheerleading squad to impress long-time acquaintance Kosuke Yamashita (Mackenyu). In the end, her efforts lead their club to the USA Cheerdance Championship!

A hopeful tale of delinquent students that find purpose as they play together for their high school band. Think Coach Carter but with instruments!

Mackenyu joins Alice in Borderland star Yamazaki Kento for this intriguing tale of love and deception. Both get entangled with a woman who can send anyone back seven days in time with a kiss.

Based on the popular shoujo manga of the same name, Peach Girl is all about orange-haired student Momo Adachi (Mizuki Yamamoto) and her love triangle between her school’s heartthrob Kairi Okayasu (Kei Inoo) and childhood crush Kazuya Toujigamori (Mackenyu).

Think X-Men but as delinquent Japanese high schoolers! Mackenyu and Kento team up again for this action-packed flick based on the best-selling and popular manga of the same name. The character design of the live action is also pretty on point and over-the-top so get ready to be entertained.