JUST IN: Jinkee Pacquiao Is One Glamorous Ninang at a Wedding Wearing Accessories Worth at Least P10 Million|Read more »
Culture | By Janey Aniban Rivera - Dec 12, 2018 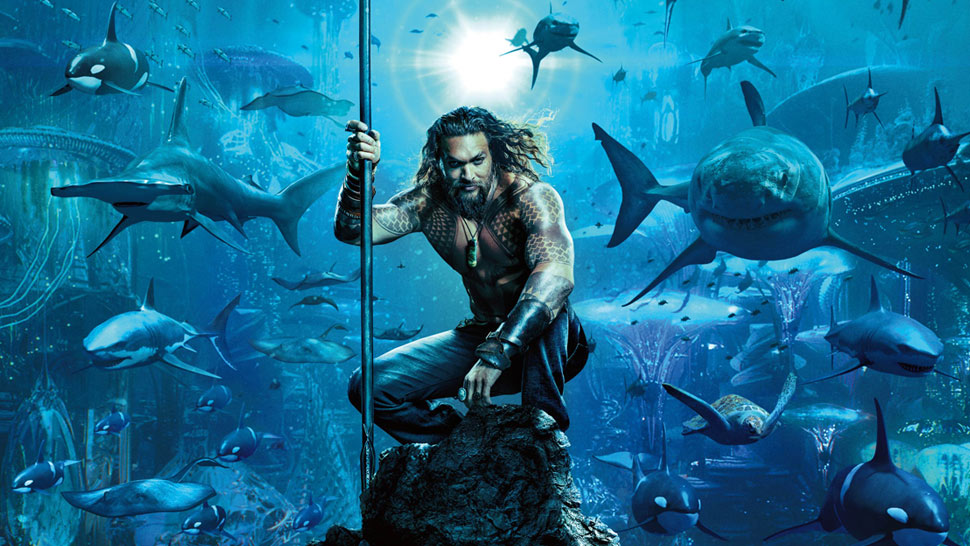 A little known DC hero prior to Zack Snyder's Batman v Superman: Dawn of Justice movie, Aquaman is the origin story of half human, half Atlantean Arthur Curry (played by the unmistakable Jason Momoa). The film begins by recounting Arthur's past, starting with the story of how his parents met (played by Nicole Kidman and Temuera Morrison), and how his mother was forced to abandon their family and go back to Atlantis.

He grows up to be a warrior, trained by his mother's trusted advisor Nuidis Vulko (played by Willem Dafoe), and we learn about his powers. Armed with the ability to telepathically communicate with marine life, Arthur also has superstrength and can breathe underwater. As an adult he is forced to face his Atlantean heritage, and along with Princess Mera (played by Amber Heard), goes on an epic journey that will ultimately lead him to become the king he was born to be.

So how did Aquaman fare? Here’s what we did (and didn’t) like about DC's latest film, Aquaman:

Moving at breakneck speed, the movie moves from the story of how Arthur’s human and Atlantean parents met to his childhood to adulthood real quick. With a blink and you’ll miss it pace, you’re forced to stay glued to the screen. That said, there are almost no dull moments throughout the film, so if you’re looking for an action-packed story to entertain you for a solid two hours, then this particular film just might tickle your fancy.

Remember that scene in Justice League where Aquaman talks to Bruce Wayne about the sea levels rising? Being a story that’s mostly set in the open sea, it was impossible not to address our ocean's polluted state. It was nice to see a mainstream Hollywood superhero film with an environmental message at its forefront, and hopefully it brings more awareness and effort to being more conscious about the way we live.

In the movie, you can clearly see that Jason is having the time of his life playing a superhero. With every hair flip and over-the-shoulder smoulder, you can still see bits of the roguish Khal Drogo he played in Game of Thrones, but with a cheesy one-liner delivering twist. He shines in every scene he's in, and while his irreverent attitude and beer-chugging skills remind you of a college fratboy bro, he keeps you glued to the screen.

The film was rife with laughable one-liners that made me wonder how the actors were able to deliver their lines with a straight face. Case in point: Aquaman's half-brother and the movie's main antagonist Orm (played by Patrick Wilson) is asked if he expects to be called king. To which he replies, "Not a king. Call me...[cue the dramatic pause] Ocean Master." Did it send shivers down my spine? No. But it did make me shake a little from holding my laughter in.

2. Lack of attachment to characters

With the terribly quick pace, it was difficult to establish a real connection with the characters. Plus, with the time shift in the beginning from Aquaman's childhood to adulthood, you miss out on a lot of backstories and find out a lot of plot holes as you go along. Because of this, the movie had many instances where the story actually had to be explained to the audience, whether it was the history of Atlantis and its people or the reason why they were going after the trident.

If you're looking for a bit of light entertainment and happen to be a big fan of Jason Momoa, then this flick's probably for you. Going into the movie, my expectations were considerably lowered seeing how the past DC films (with the exception of Wonder Woman and Christopher Nolan's Batman films) butchered my childhood heroes. But despite this film's shortcomings, it's actually a lot of fun. So forget your expectations (save yourself some heartbreak and just throw them out the window), grab some popcorn, and hunker down. Aquaman is one wild ride, so just sit down and enjoy the journey.

These K-Drama Stars Recreated Filipino Movie Posters and They're Hilarious