TRY: All the Skincare Tips That Kathryn Bernardo Swears by for Glowing Skin|Read more »
Culture | By Ashley Martelino for Spot.ph - Oct 22, 2021

Everything You Should Know About the New Macbook Pro, AirPods, and HomePod

Here's a run through of Apple's new tech lineup. 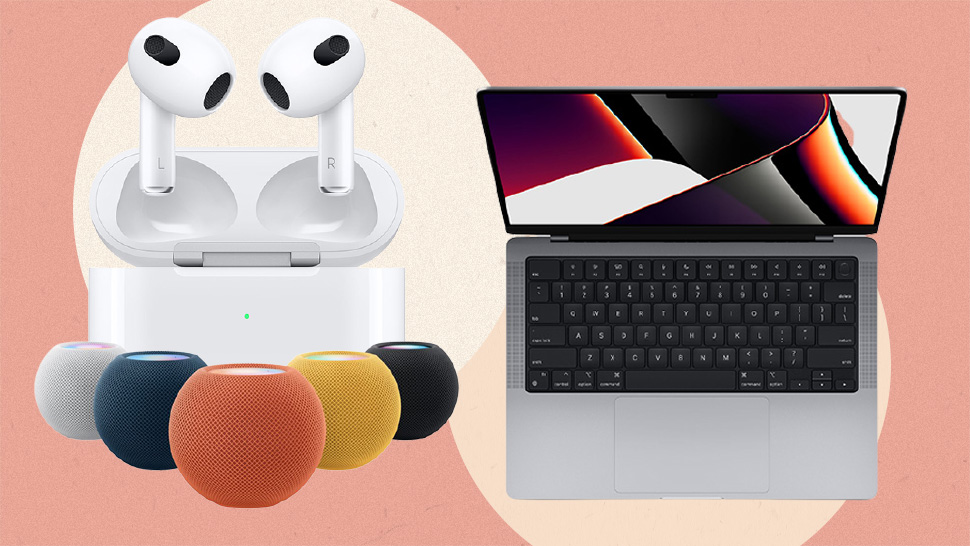 In mid-September, Apple officially unveiled the highly anticipated iPhone 13 along with other exciting new gadgets including the iPad Mini and the Apple Watch Series 7. Now, just about a month later, they're back with more fresh reveals. In case you missed the big event—or you'd rather just not sit through the one-hour presentation—we round up the highlights below.

These are all the gadgets revealed at the Apple October 2021 Event:

Apple revealed a new set of MacBook Pro models, available in 14-inch and 16-inch designs. The former weighs 3.5 pounds and is 15.5 mm thick while the latter comes in at 4.7 pounds and 16.8 mm thick. Both models feature a longstanding demand from Apple users, which is the inclusion of several built-in ports. The 2021 MacBook Pros include an HDMI port, several USB-C ports, an SD card slot, a headphone jack, and the return of the MagSafe MacBook charger. Take note that the Touch Bar on previous MacBooks is nowhere to be found.

The new MacBooks also sport a notch atop the screen (similar to what you would see on the latest iPhone) that houses a 1080p HD FaceTime camera that has twice the performance level of the previous M1 MacBook’s camera in low light settings. Additionally, they offer improved battery power: The 14-inch MacBook Pro promises up to 17 hours of continuous video playback while the 16-inch model provides up to 21 hours, making the latter the MacBook with the longest battery life in Apple's lineup thus far. Both models support fast charging.

While the original M1 laptops (namely 2020’s MacBook Air and 13-inch MacBook Pro) already offered high-speed performance, Apple has kicked it up a notch with the release of two new chips: the M1 Pro and the M1 Max, which CNET has called "behemoths in the processor world." The M1 Pro is up to 70% faster than its predecessor and offers graphics twice as fast while the M1 Max, Apple’s largest MacBook chip yet, is four times faster than the OG M1.

For months, tech insiders had been speculating that Apple would unveil a new and improved AirPods model to hit the market before the end of 2021 and it looks like most of the rumors came true—and we don’t just mean the release date. The common consensus was that the third-generation AirPods (a.k.a. AirPods 3) would greatly improve upon the previous model’s features without quite tipping into the AirPods Pro’s specs—or price range, for that matter.

The AirPods 3 delivers powerful bass and crisp high-frequency sounds thanks to the updated hardware. It also offers battery life up to six hours per use with an additional four charges on the case for a total of 30 hours. It also supports fast charging—you can get an hour of playback with just five minutes of charging—as well as wireless MagSafe compatibility. Unlike previous AirPods, the third-generation earbuds only offers one model instead of providing cheaper version that doesn’t support wireless charging.

Looks-wise, the AirPods 3 have a similar build to the AirPods Pro with shorter stems and a wider case. The eardbuds, however, don’t feature the Pro’s in-ear design or silicone tips.

The third-generation AirPods are priced at P10,990.

Apple also unveiled new smart speakers: the HomePod Mini available in five chic colors. The compact device, which is just 3.3-inches tall, promises powerful 360-degree audio. It’s built to be a connected sound system for the whole home that can be paired to any of your Apple devices—be it iPhones, iPads, Apple TVs, Mac computers, or what have you—and voice-controlled with the help of Siri.

As of writing, the HomePod Mini is not available on the Apple Philippines website. It's priced at U.S. $99 (roughly P5,021).

No official Philippine release dates have been announced for any of the gadgets from the Apple October 2021 event.

Here's How Much Apple iPhones Cost Around the World