SHOP: The Preview Beauty Bag Is Officially Here and It's the Ultimate Steal|Read more »
Culture | By Lily Grace Tabanera for Cosmo.ph - Dec 9, 2020 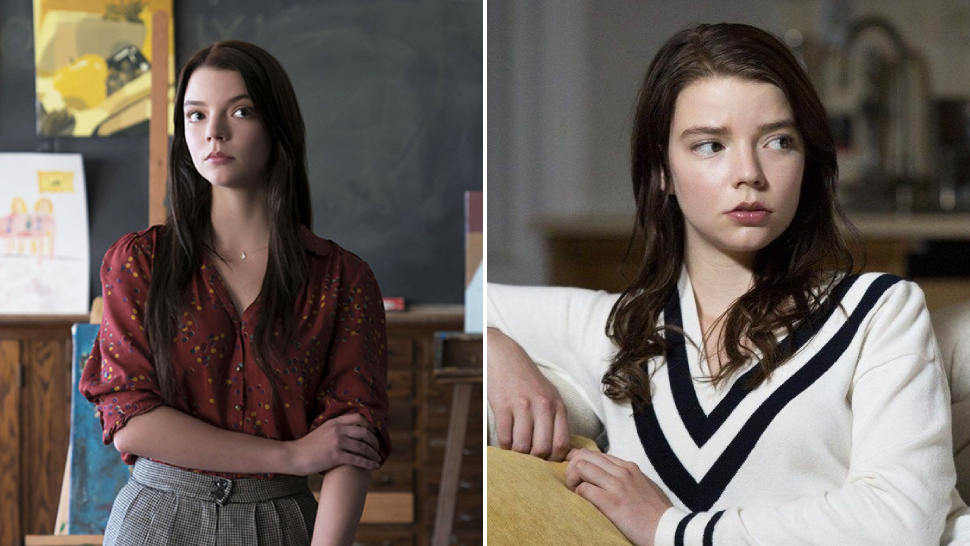 If you're still not a fan of Anya Taylor-Joy by now, then you might want to think it over. The 24-year-old actress, who started her acting career when she was a teenager, captured everyone's hearts internationally after the release of Netflix's The Queen's Gambit.

She is also set to appear in a psychological horror film called Last Night In Soho very soon, where she'll play a character named Sandy. Until then...here's a list of Anya Taylor-Joy movies and series to keep you occupied!

One of Anya's earliest roles was in this horror film where she plays the role of Thomasin. The Witch is set in 1630 and tells the story of a farmer who "leaves his colonial plantation, relocating his wife and five children to a remote plot of land on the edge of an ominous forest—within which lurks an unknown evil."

Kevin (James McAvoy) has dissociative identity disorder and has 23 known personalities. However, a 24th personality emerges and Kevin kidnaps three teenagers! One of them is Casey, a role played by Anya. This film was followed by a sequel, Glass (2019), where both James and Anya reprised their roles.

Anya plays the titular character Morgan, a man-made "human" who was created by "messing around with synthetic DNA and adding heaps of artificial intelligence." When Morgan triggers a "terrifying accident," Kate Mara's character, Lee, is sent to investigate.

ICYMI, this movie is about a young Barack "Barry" Obama and is set in 1981, during his Columbia University days. Anya plays Barry's (Devon Terrell) college girlfriend Charlotte, a fictional character who "represents three of Barry's actual college girlfriends." In an interview with Teen Vogue, Anya shared that it was her "first on-screen relationship."

Based on the novel of the same name by Jessie Burton, this mini-series is set in 1686, Amsterdam. The BBC tells us: "Nella Oortman (Anya) marries a rich merchant, hoping for love and prosperity. Instead, she enters a world of tensions, secrets, and mystery which soon threatens her future."

Lily (Anya), who feels EVERYTHING, and Amanda (Olivia Cooke), who feels NOTHING, are childhood friends who "bring out one another's most destructive tendencies." According to Focus Features, Lily and Amanda "hire a local hustler and take matters into their own hands to set their lives straight."

Peaky Blinders is a British series that focuses on a crime family called the Shelbys. Anya joined the show in Season 5 as Gina Grey, Michael Gray's wife from America. "She likes money and she doesn't like the Shelbys," executive producer Caryn Mandabach shared in an interview.

In this fun, quirky adaptation of Jane Austen's novel of the same name, Anya plays "handsome, clever, rich" and sometimes spoiled Emma, who has assigned herself the role of matchmaker in her sleepy little English town.

Everyone's new favorite chess series tells the story of Beth Harmon (Anya), an orphan and genius who "conquers the traditional boundaries established in the male-dominated world of competitive chess." When asked about a possible season 2, Anya said: "If I've learned anything from being in this industry, it's never say never. I adore the character...and I would certainly come back if I was asked to, but I do think we leave Beth in a good place."

What you need to know about Marvel's latest thriller: "It's set in an isolated hospital where a group of young mutants is being held for psychiatric monitoring. When strange occurrences begin to take place, both their new mutant abilities and their friendships will be tested as they battle to try and make it out alive." Anya plays Illyana Rasputin aka Magik, a sorceress and teleporter.

This one features Anya as a voice actress! According to Netflix, "as power-hungry overlords drain life from the planet Thra, a group of brave Gelfling unite on a quest to save their world and fight off the darkness." Anya voices a Gelfing princess named Brea.

This Is Not A Drill: Omotesando Koffee Is Opening In Manila