“I just think that movie was in a different era. Now, everything has gone so digital." 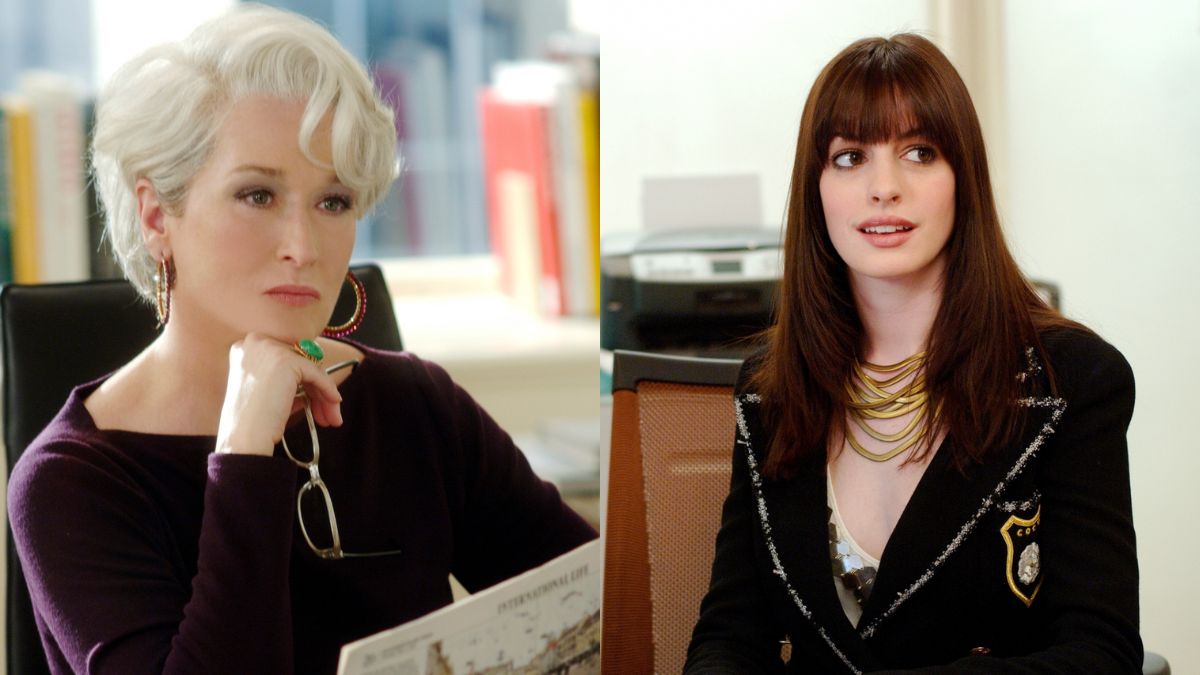 IMAGE The Devil Wears Prada/20th Century Fox
“I just think that movie was in a different era. Now, everything has gone so digital."
Shares
Share
Tweet

It may have been 16 years since The Devil Wears Prada hit theaters worldwide, but it’s still undeniably one of the most popular films to date, especially to fashion lovers! That said, it comes as no surprise that fans are lobbying for a possible sequel to the iconic movie. Not to mention, Oscar-winning actress Anne Hathaway, who portrayed the 2006 film’s main protagonist Andy Sachs, was spotted deliberately echoing her character's style in a recent outing with Anna Wintour, to whom her fiesty boss Miranda Priestly (played by Meryl Streep) is loosely based!

In her recent TV guesting on The View, Anne took it upon herself to address the rumors, expressing doubts on their big-screen return. “I just think that movie was in a different era. Now, everything has gone so digital and that movie centered around the concept of producing a physical thing. It’s just very different now,” she said.

While she doesn’t think that a Devil Wears Prada 2 is going to happen, Anne admits that it’s definitely “tempting” to see what’s next for the film’s well-loved characters: Andy, Emily, and Miranda Priestly.

“It is tempting to think about Andy and Emily needing to get Miranda her coffee and she’s somewhere in Europe and then along the way they pick up Stanley Tucci in Italy, who’s at a restaurant,” says Anne. “It’s tempting, but I don’t think it’s going to happen. They could relaunch it, find some new people and do it.”

Aside from talks surrounding the movie’s sequel, one of the ongoing debates about The Devil Wears Prada is whether or not it was Andy’s unsupportive boyfriend Nate who was the real villain in the story. While actor Adrian Grenier thinks that his character was, indeed, “selfish”, Anne doesn’t necessarily agree.

“I think that they were both very young and figuring things out, and he did behave like a brat, but I also behaved like a brat in my twenties and I hopefully grew out of it and I think that that’s what we all do,” she says. “I wouldn’t want to be defined by my worst moment in my twenties, certainly, so I don’t hold Nate as a villain actually.”

Andy Sachs, Er, Anne Hathaway Just Made an Appearance at NYFW and It’s Giving Us “The Devil Wears Prada”

So Sweet! Starbucks Just Released A New Festive Drink For The Holidays