JUST IN: Jinkee Pacquiao Is One Glamorous Ninang at a Wedding Wearing Accessories Worth at Least P10 Million|Read more »
Culture | By Nikko Tuazon for Pep.ph - Apr 26, 2018 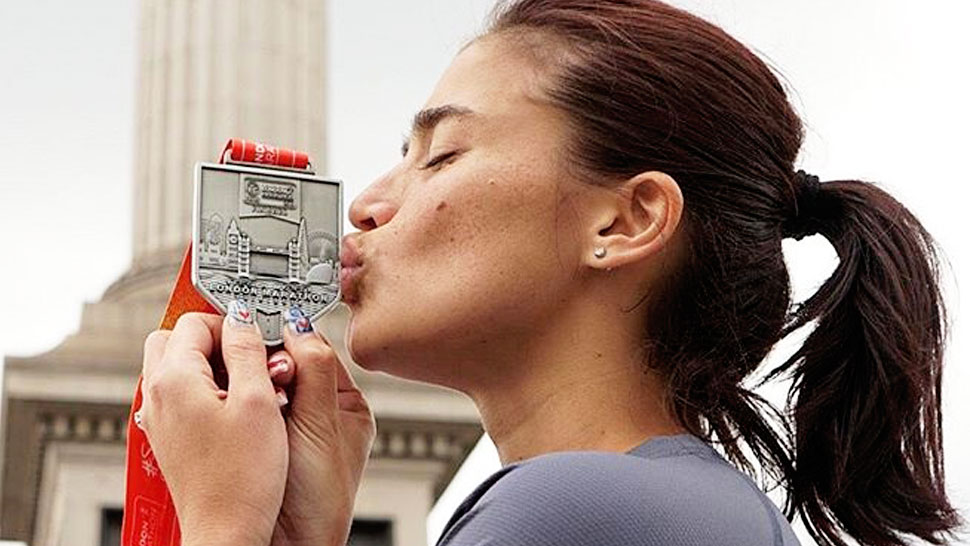 IMAGE INSTAGRAM/annecurtissmith
She finished the 42-kilometer run in 5 hours and 12 minutes.

Anne Curtis is a certified London Marathon finisher! The 33-year-old actress arrived in England for the 38th edition of the annual mass participation marathon on April 22 (April 23 in the Philippines). It was her second time to join a World Marathon Major after successfully crossing the finish line of New York Marathon in 2016.

The four other races included in the Abbot World Marathon Majors take place in Tokyo in Japan, Berlin in Germany, and Boston and Chicago in the U.S.

Anne also planned on joining the Boston Marathon in April 2017, but had to cancel due to conflict in her schedule.

Yesterday, April 23, Anne shared a photo on Instagram of her finisher's medal as well as some details of her journey. The It's Showtime host finished the 42-kilometer run in five hours and 12 minutes. She wrote, "And I did it! Finished my Second World Major Marathon. Time - 5:12. The @londonmarathon was my hardest race. The hardest to get into and the hardest for me to finish. Don’t get me wrong, the route is much easier than NYC, but I did not expect the unusual London heat."

Midway, the VIVA talent almost gave up due to heat, but she managed to cross the finish line. "The moment I hit 20km at 12:30pm. I had a hard time breathing, felt dehydrated, the sun was beaming intensely and at one point I wanted to give up (I know. So dramatic) but I knew I was running this for a cause. Running with a mission - For the FILIPINO YOUTH @unicefphils. As painful as it was, it helped me power through those 42 kilometres," Anne recalled.

"I’d like to thank the Filipino Community here in London that were on the side lines cheering me on. You don’t know how much it helped me. Thank you. I’ve read all your posts and I’m so touched by your kind words. Thank you so much! Mistakes and new learnings were made on this run, but I’m just happy that I crossed that finish line. @londonmarathon you were amazing and my first ever toughest run but I’m coming back for you when I’m done with the world majors!! Just you wait. #Londonmarathon #LondonMarathANNEventure"

But more than the finisher's medal, Anne's more important goal that day was to raise funds for the children affected by the war in Marawi City. In partnership with UNICEF Philippines, Anne promised to match the amount that would be raised through her page on simplygiving.com. Her initial target was PHP84,000, but on the day of the marathon, she was able to raise P278,116. As of press time, the running total is P343,130.

You Have to See Anne Curtis & Erwan Heussaff's Wedding Film