Angel Locsin Celebrated Her Birthday With a Darna-Themed Party 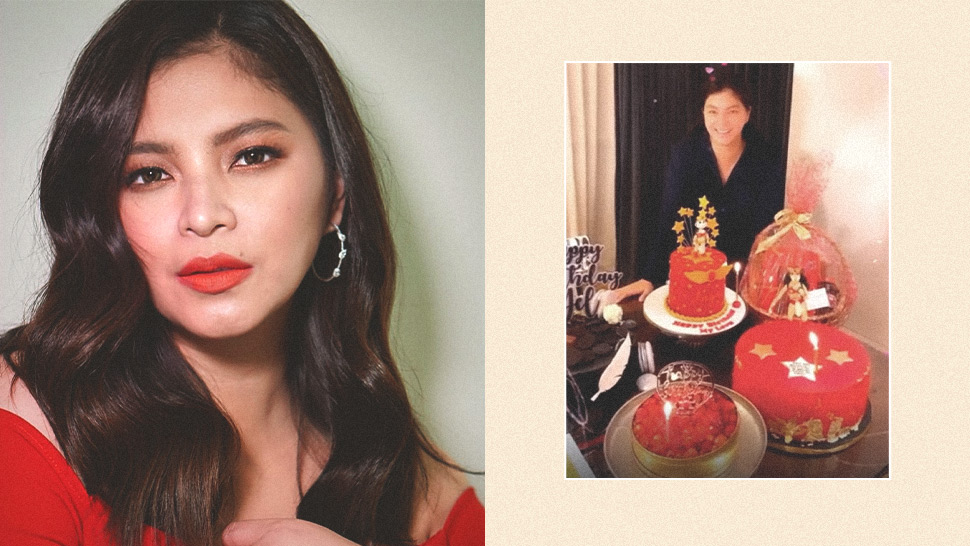 Angel Locsin recently celebrated her 35th birthday in quarantine with an intimate surprise party, organized by none other than her fiancé, Neil Arce. She posted a video on Instagram that documented her simple celebration where she wrote, "35 and proud."

In the video, Angel can be heard saying that she found out about her fiancé's surprise 30 minutes before it was carried out. LOL!

Angel also revealed that both Neil and her dad, Angelo Colmenares, bought her Darna-themed cakes.

Toward the end of the video, Angel did not forget to thank her fans and some friends for sending their gifts. She also made a wish before putting out her birthday candle.

Meanwhile, the comments section of her post overflowed with greetings from the birthday girl's celebrity friends.

Over the last few weeks, Angel had been busy with her fundraising and charity projects.

Angel and Neil got engaged in June 2019. The couple first confirmed their relationship in February 2018.

Angel Locsin and Neil Arce Had the Sweetest Photos in Rome

Here's What Tokyo Is Like During Covid-19, From The Lens Of A Filipino Photographer