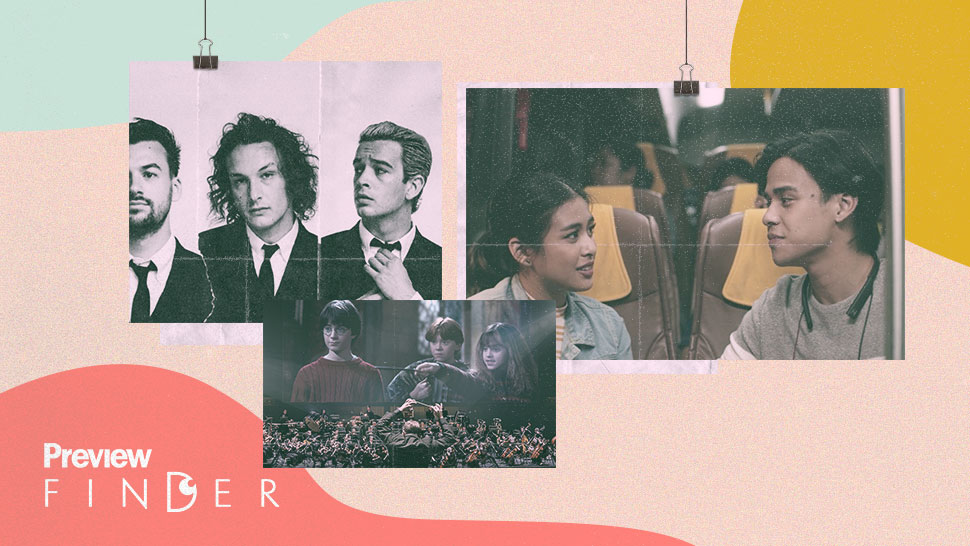 IMAGE INSTAGRAM/gabbi, secrestounds.com, ticketworld.com
Check out all the exciting things you can do around the metro this week!
Shares
Share
Tweet
Comments

Real life sweethearts Gabbi Garcia and Khalil Ramos star in Pista ng Pelikulang Pilipino entry titled LSS. Backed by the music of Ben & Ben, the film follows their characters on the way to see their favorite indie band live, as the two find themselves "in a series of almost-but-not-quite-romantic encounters."

Catch the film in cinemas nationwide on September 13, 2019, along with the other PPP entries below!

Jaded and foul-mouthed Lola Igna is tired of life and, at 118, who can blame her? Things only get worse when she's hailed as 'The Oldest Living Grandmother in the World," and her entire barrio refuses to leave her alone. This unfortunate spectacle takes a turn though, when it results into her meeting her estranged grandson for the first time.

The relationship between a prostitute and a call-boy blurs lines when their casual mentoring hook-ups develop into something more. Cuddle Weather stars Sue Ramirez and RK Bagatsing, as directed by Rod Marmol.

In an attempt to salvage their dying relationship, a couple agrees to having open relationships with other people. Whether this decision will save or break their relationship completely is something you'll just have to watch out for. The film stars JC Santos and Arci Muñoz.

Unleash your feels with pop rock band The 1975, performing in the Mall of Asia Arena on September 11, 2019, alongside their special guest and friend, Filipino singer No Rome. While the English group will be performing songs from their latest album, A Brief Inquiry Into Online Relationships, here's hoping we get to scream our lungs out to a few of their hits like Girls, Robbers, and Somebody Else.

Harry Potter and the Sorcerer’s Stone in Concert

Potterheads unite! The spirit of the now-cult classic lives on as the Philharmonic Orchestra performs John Williams' original score for the first film live in concert. Conducted by Gerard Slaonga, catch the concert at the Theatre at Solaire from September 14 to 15, 2019, and experience the magic of Harry Potter and the Sorcerers's Stone like you've never seen it before!

Tickets are still available at ticketworld.com.

Upstart Productions Inc. is bringing the genius of legendary composer Stephen Sondheim to the Maybank Theater, with Company, this September 13 to 22. The musical presents a unique narrative of short, seemingly random vignettes all occuring during Bobby's birthday, a man unable to maintain a steady relationship with just about anyone he gets with.
Related Stories from Preview.ph

15 Gen-z Slang Words That You Should Be Aware Of

These Orange Starbucks Tumblers Will Remind You Of Sunsets