He's acted alongside the likes of Shin Hye Sun and Cha Eun Woo! 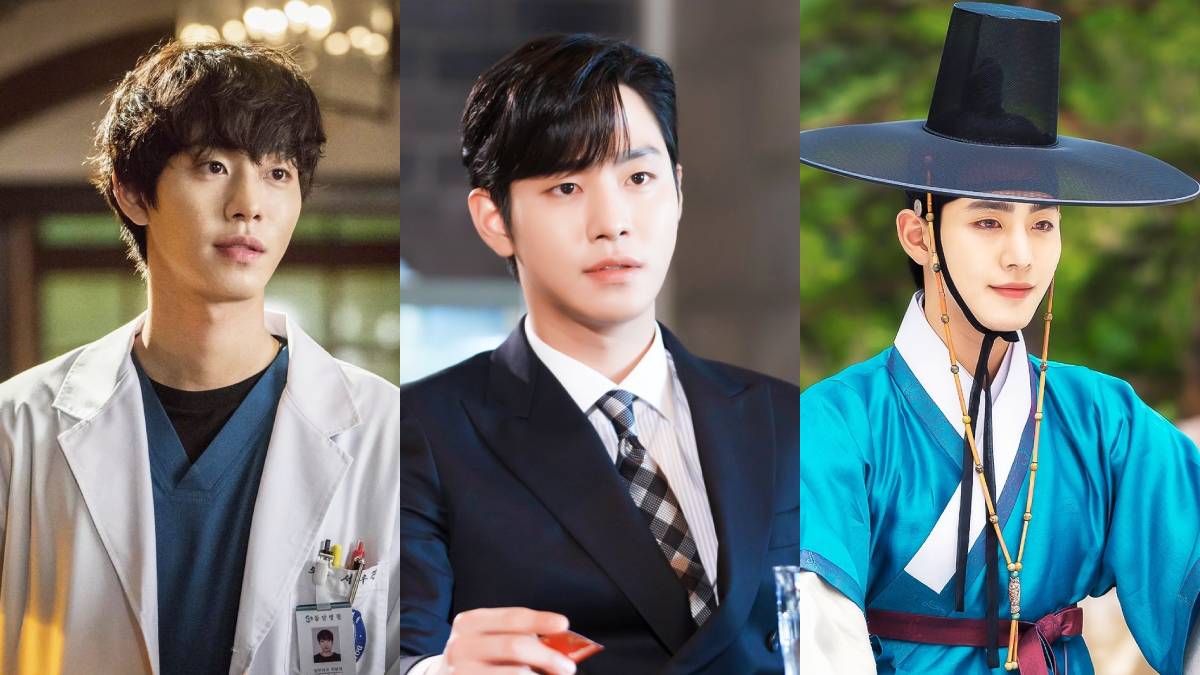 Ahn Hyo Seop is one of the hottest faces to know in the Korean drama circuit right now. The singer-turned-actor has been on a steady stream of lead roles from his famed character in Dr. Romantic 2, to a well-suited CEO in A Business Proposal. He’s often cast to play hard-hitting, down-to-business type of characters, which aptly fits his statuesque 6-foot frame. If you’re a new fan looking to start your journey on all things Ahn Hyo Seop, we’re way ahead of you.

SBS TV’s office drama follows the tale of a heartbroken woman who agrees to take her best friend’s identity to scare off a blind date. In a fated turn of events, the date in question just so happens to be the boss at her company. A Business Proposal stars Hyo Seop as Kang Tae-mu, the said company CEO who’s successful and admired by many. You can watch this lighthearted romance unfold on Netflix.

Lovers of the Red Sky is a historical fantasy meets romantic drama. Filled with ghosts, gods, and other creatures, it is a grand masterpiece (and of course, a touching story). Hyo Seop plays the main male lead as Ha Ram, a blind astrologer. He goes on a daring mission to bring justice to what happened in his childhood—a fateful accident which had left him blind.

If you were to pinpoint a pivotal moment in Hyo Seop’s acting career, 2020’s Dr. Romantic 2 would likely be one of the top choices. The series was already a hit drama prior to the actor’s entrance, with loyal fans eagerly awaiting its second season. Hyo Seop showed up, guns blazing, with a stellar performance as Seo Woo-ji, a medical doctor-turned-mentee to the famed Kim Sa-bu. The actor drew in accolades for his performance, winning Best Actor at the 2020 Asia Artist Award, and Best New Television Actor at the Baeksang Arts Awards, among many others.

In 2019, Hyo Seop played the role of Cha Min, an heir to a large cosmetics company in a series called Abyss. If it isn’t obvious yet, the actor is well-favored for playing the successful CEO, a role he continues to explore in recent projects. For Abyss, there is a fantasy twist where he and his leading lady get reincarnated into new bodies through a magical object that can revive the dead. Hyo Seop’s performance got him a Best New Actor nomination at the 2019 Korea Drama Awards.

Woo Seo-ri has recovered from the thirteen-year-long coma that she fell into at 17 years old. With most of her family having left or passed, she sets out to search for relatives who can answer her questions, but instead meets one Gong Woo-jin, whom she falls in love with. Hyo Seop plays Woo-jin’s nephew by the name of Yoo Chan, who unwittingly falls for Seo-ri too. Although there are messy entanglements, the K-drama, at its heart, is a touching story of love and loss and will definitely pull on your heartstrings.

Did you know that in 2018, Hyo Seop starred in a YouTube Original? It was called Top Management, a series that was streamed on the platform. It follows the story of a former idol trainee (who happens to be a psychic) as she finds herself managing a boy band named S.O.U.L. Hyo Seop played one of the group’s members, and they even released an official soundtrack where he got to show off his vocal chops.

Hyo Seop was also part of the main cast for My Father Is Strange, a 2017 comedy that revolved around Byun Han-su and his funny family. Hyo Seop’s character, Park Chul-soo, is related to the family by way of Byeon Ra-yeong, their youngest daughter. He plays the endearing boyfriend who has his own interesting past: He’s actually running away from a family fortune to forge his own path in his career of choice.

2017 was a sparkling year for Hyo Seop as he starred in another lead role for a drama. Queen of the Ring is a romance fantasy by MBC, which presents the life of Nan-hee, an insecure young woman who is bestowed a beautiful man through a magical ring. The said character is, of course, Hyo Seop’s Se-gun. They go on a journey of slowly breaking down each other’s walls and falling in love.

It’s always interesting when a singer-turned-actor goes back to his roots for an acting project. Such was the case for Hyo Seop in Entertainer, where he took on the role of Ji Noo, the leader of a fictional boy band named Jackson. This was obviously a character that the actor knew how to play well, and he really leaned into his role for the series.

One More Happy Ending is a 2016 romantic comedy that chronicles the story of Angel, a famed K-pop group whose members have gone back to their lives as regular civilians after an embarrassing fallout. Playing a supporting character on the show, Hyo Seop stepped into the shoes of Ahn Jung-woo, one of the members’ boyfriends.

How Much It Costs To Stay At The Majestic Lihim Resorts In El Nido, Palawan

8 Effortless Swimsuit Poses To Try, As Seen On Toni Sia