SHOP: The Preview Beauty Bag Is Officially Here and It's the Ultimate Steal|Read more »
Culture | By Sabrina Basilio - Mar 4, 2022

With these faces, we never would have guessed their actual ages! 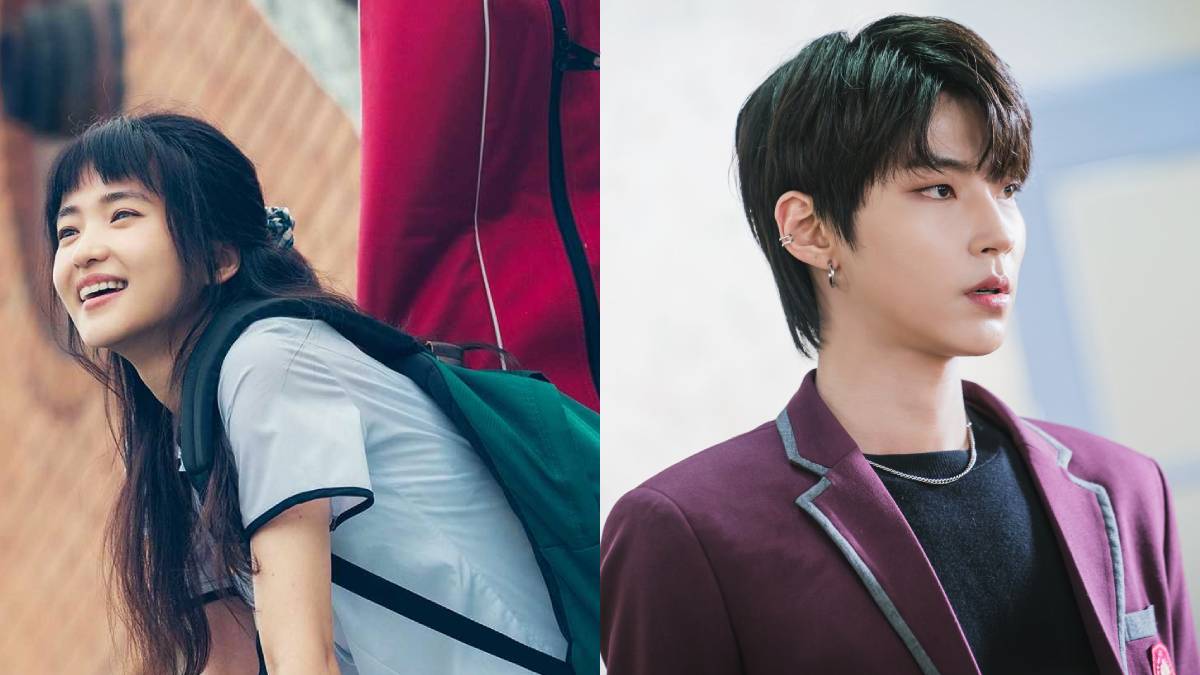 IMAGE Twenty-Five Twenty-One/TVN, True Beauty/TVN
With these faces, we never would have guessed their actual ages!
Shares
Share
Tweet
Comments

It is a truth universally acknowledged that Korean skincare is unmatched and undeniably responsible for the timeless radiance of our favorite K-drama actors. Thanks to this, a good number of them have managed to convincingly portray characters 10 to 15 years younger than they actually are. In case you weren't aware of it while watching some of your favorite shows, we rounded up some of them for you below.

This is a coming-of-age story that centers on the special companionship between young dreamers Na Hee-do (Kim Tae Ri) and Baek Yi-jn (Nam Joo Hyuk). Because Hee-do’s naivete stands out next to Yi-jin’s solemn soul, it’s hard to believe that actress Tae Ri is in fact the older party. She is currently 31 years old—13 years older than Hee-do at the start of the show.

Rising star Hwang In Youp was born in 1991, meaning he was 29 when filming his role as high schooler Goo Jang-sung in the JTBC drama 18 Again (2020), and 30 during the filming of tvN’s True Beauty. In this popular webtoon-based drama, In Youp plays another bad boy with a surprising soft side in the name of Han Seo-jun.

Apart from the gracious gifts that are Kim Da Mi and Kwon Nara, we can thank JBTC’s Itaewon Class (2020) for showcasing the flexibility of Park Seo Joon’s acting. Despite coming from his self-absorbed CEO role in What’s Wrong with Secretary Kim (2018) and being 31 at the time of filming Itaewon Class, Seo Joon still believably played the young and noble Saeroyi in his teenage years.

Believe it or not, Park Min Young was 33 when she donned a high school uniform in the 2019 tvN drama Her Private Life. While Min Young mostly plays a devoted career woman in  Sung Duk-mi, she also does a terrific job portraying a more cheerful high school version of her character in a flashback episode.

Seo Ye Ji is another contender in the category of career women who can pull off high school uniforms. We refer to that beloved dream sequence in the 2020 Netflix hit It’s Okay to Not Be Okay, in which Moon Gang-tae (Kim Soo Hyun) and Ko Moon-young (Ye Ji) engage in ordinary and playful high school banter.

Apart from catching global attention for his acting chops in Bong Joon Ho’s Academy Awarded film, Parasite, Choi Woo Shik can also charm his way as a free-spirited high school bum who would rather sit in the sun drawing buildings than plot his future. Yep, this playful Peter Pan-like resistance to adulthood came from a 31-year-old adult.

It would be unrealistic to expect smooth and stress-free skin from anyone older than a high school student. That is, until 30-year-old Park Bo Young nailed the role of Hwan Seung-hee in the 2018 film On Your Wedding Day, which follows a 10-year romance from the lead characters' high school days to adulthood.

Empress Ki actress Ha Ji Won also appeared as the high school version of her 34-year-old character, Oh Ha-na, in the 2015 SBS TV show The Time We Were Not In Love. Like On Your Wedding Day, the drama traces Ha-na’s friendship with Choi Won, which started in high school but never blossomed romantically until seventeen years later.

The first episode of tvN's Touch Your Heart reveals a wildly amusing Yoo In Na, whose calming offscreen demeanor has been replaced with comedic desperation and a knack for ruffling up some feathers. In a later episode, the 36-year-old actress transformed into an even more mischievous creature: a high school student gladly stealing snacks from her friend in a beautifully shot flashback sequence.

5 Shops Where You Can Buy The Quirkiest Specialty Film Rolls