She’s indeed the new It baby! 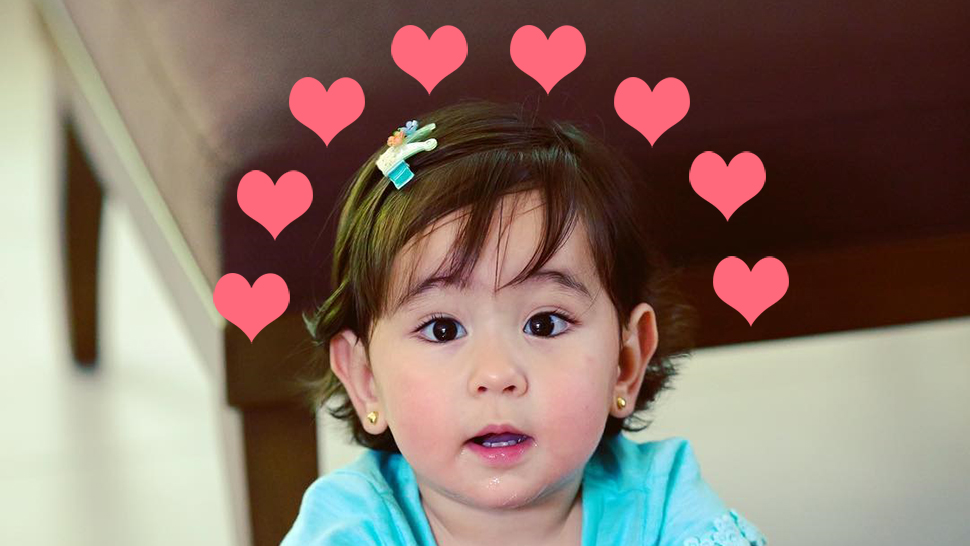 With her charming puppy dog eyes, chubby cheeks, and naturally rosy pout—there is no doubt Scarlet Snow Belo is an It girl in the making! We just can’t get enough of Vicki Belo and Hayden Kho’s one-year-old cutie, and not that we’re surprised, but we’re apparently not the only ones. Even the local celebrities are obsessed. In fact, below are some of Scarlet Snow’s famous playmates:

Who else can better teach her how to pout than her top model tita herself, Georgina Wilson? This baby’s off to a great start!

Speaking of models, this little cutie was also able to charm her way to taking a selfie with Vanessa Matsunaga.

How about dancing lessons now? After all, it seems Jennylyn Mercado makes such a fun instructor.

Sisters Toni and Alex Gonzaga also couldn’t pass up on the chance to meet the sweet baby everyone’s raving about. They even brought her toys!

Ninang Anne Curtis wouldn't miss #SnowyBear’s christening for anything in the world! According to Cristalle Belo, the national sweetheart didn’t even want to let go of this cutie and held her for a good thirty minutes with no rest.

For babies, play time is the best—especially when you’re joined by your ninang Jodi Sta. Maria. Don't you agree, Scarlet Snow?

Looks like it wasn’t just Jodi who came to play. Sarah Lahbati also brought her son Zion to meet our new It baby. How adorable, these two!

So guess who served as Scarlet Snow’s babysitter when she was in London? Piolo Pascual, no less. She just enlisted one of the country’s most sought-after leading men as her yaya. No biggie!

5 Reasons You Should Add Cambodia To Your Travel Bucket List