ICYMI: Sarah Lahbati Is Normalizing Stretch Marks on Her Instagram and the Internet Is Loving It|Read more »
Culture | By Jam Nitura - Jul 12, 2019

If you just wanna have a feel-good time! 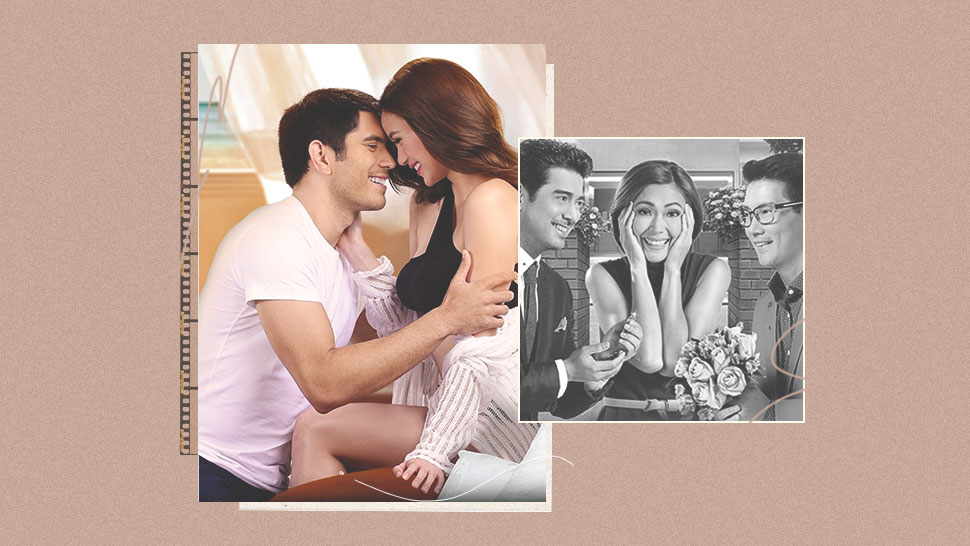 We all have those lazy days when we just want to sit back, relax, and mindlessly enjoy a good 'ol romantic-comedy to make us laugh and feel buterflies all at the same time. If you've got an iFlix account, then you're in luck because the streaming site has just what you need for a relatable local movie romp galore! The best part? You can all watch them for free!

1. Always Be My Maybe

Before that Always Be My Maybe came Gerald Anderson and Arci Muñoz's 2016 romantic comedy on two polar opposites who soon find that they actually have a lot in common.

Take your mom (to the living room) on that stay-at-home movie date you've been planning and watch the iconic team up between Jodi Sta. Maria, Richard Yap, and Ian Veneracion for The Achy Breaky Hearts.

Filipinos just love their "opposites attract" love stories. Take Just the 3 of Us starring John Lloyd Cruz and Sarah Geronimo, where a pilot and a ground crew member's one-night stand turns into an unwilling partnership when Sarah's character finds out she's pregnant with what she assumes as JLC's character's child.

Equal parts comedy, romance, and drama, Everything About Her is a full emotional rollercoaster experience. Lead by Vilma Santos, Xian Lim, and Angel Locsin, the film revolves around a nurse who ends up becoming the catalyst to a reconciliation between her overbearing patient and the sick woman's estranged son.

A former playboy proves he's changed and tries to win his ex back when their paths cross once again. After having made P410 million in the box-office, My Ex and Whys is currently the highest-grossing film to star Enrique Gil and Liza Soberano's loveteam.

This one's for the broken-hearted! There's nothing more relatable than the five girls in Camp Sawi as they deal with their individual heartbreaks, all the while helping each other to recover from theirs.

8. Vince and Kath and James

Heralding the digital age of Filipino rom-coms is Vince and Kath and James. An official entry for the 2016 Metro Manila Film Festival, the film starred Julia Barretto, Joshua Garcia, and Ronnie Alonte, and had effectively launched the rest of their currently thriving careers.

Shares
Share
Tweet
Comments
Read More On This Topic
film, movie, Culture, iflix, camp sawi, listicle, My Ex and Whys, local films, Always Be My Maybe, local movies, The Achy Breaky Hearts, Just the 3 of Us, Everything About Her, Kung Ako Na Lang Sana, Vince and Kath and James,
COMMENTS
Read Next

Tourists Are Criticizing This Famous Bali Destination For Being "fake"

This Seems To Be Heart Evangelista's New Favorite Ootd Pose