Check out this new Korean streetside cafe in the south! 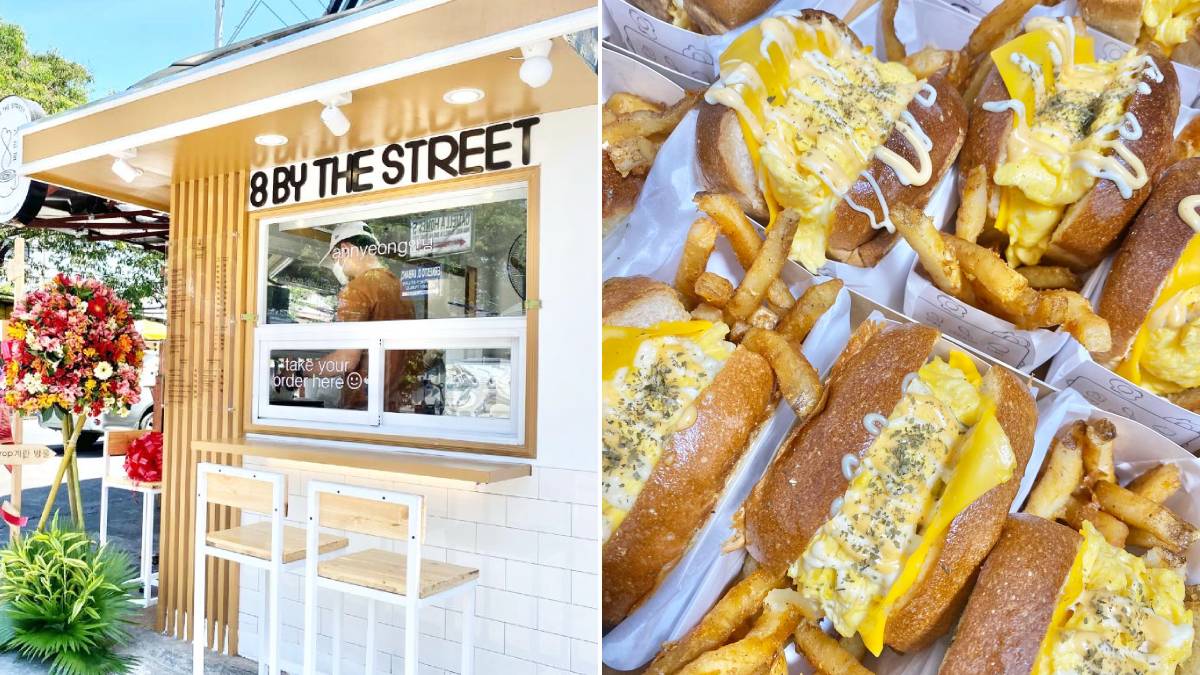 Tagaytay isn't the only place in the south you can spend your precious weekends at! Located in Las Pinas City, a Korean street cafe by the name of 8 By The Street just opened for all the foodies who simply can't get enough of K-food.

Although it's automatic to try their coffee drinks, 8 By The Street's non-coffee beverages look too delicious for anyone not to try! They have a Korean Banana Milk (P98/grande), Korean Strawberry Milk (P98/grande), Yakult Lemonade (P78/grande), and Matcha Latte (P98/tall, P118/grande) that you can choose from!

They have six kinds of trendy egg drop sandwiches, all named after the famous cities and districts of South Korea. They have the Itaewon (P98) which is the classic egg drop, Hongdae (P118) uses ham, Busan (P128) has double the amount of bacon, Seoul (P138) has double the amount of SPAM, Myeongdeong (P148) uses chicken fillet, and Gangnam (P158) uses beef bulgogi as its main meat.

Another trendy item they have are the Korean-style corndogs, the snack that became popular because of Korean drama Start-Up. You can choose from the Classic Corndog (P88), Mozza Corndog (P98), and Potato Coated Corndog (P108). Want to keep it simple? 8 By The Street also serves K-fries (P48).

Wondering what's the reason behind the use of "8" in 8 By The Street? Besides the more obvious reason that "8" sounds like "eat," 8 is a special number for Marian Enriquez and Marco Del Rosario, the couple who owns the business, as it's their anniversary.

In case you haven't noticed it, all of the prices of the items on the menu end with an "8" too, a number considered to be a lucky number in Chinese.

5 Popular Tattoo Designs in South Korea, According to a Korean Tattoo Artist

The Making Of Kathryn Bernardo's Sultry Summer Cover For Preview