Binge-watch these movies and celebrate yourself! 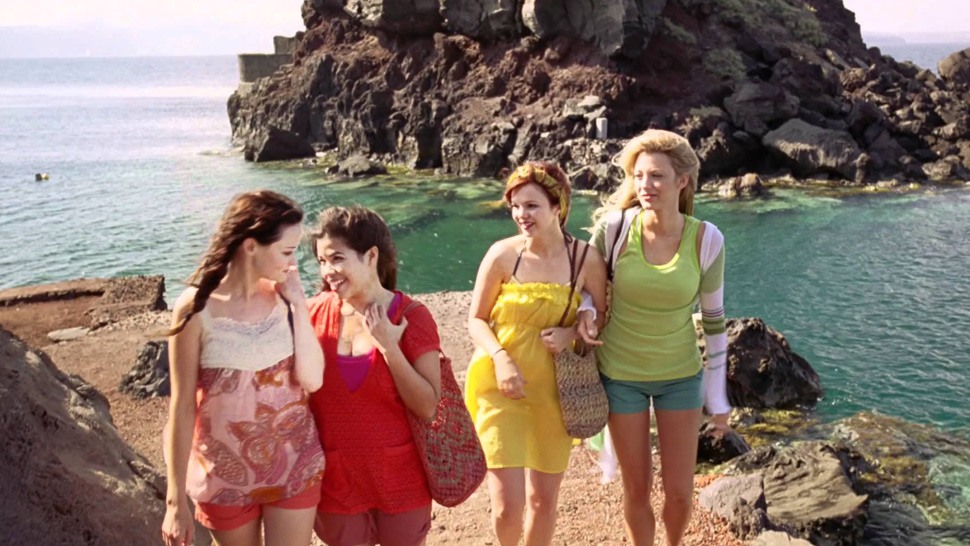 Body image is something that we deal with every day, whether we’re aware of it or not. We often beat ourselves up for not being “thin” or for not gaining enough weight; sometimes we even scowl at our bodies because we have curves, or because we lack thereof. It’s that unsettling feeling that made “how to lose 10 lbs in two weeks” one of the top searches on Google, and even those who seem fit tend to still be insecure of their bodies. Even worse, on difficult days, some people feel that hurting their bodies will make them love themselves more.

Being body positive is not as easy as it sounds, but sometimes we just need a reminder that it’s okay to embrace our flaws and imperfections as much as we welcome our strengths and assets. With that, here is a list of movies that can serve as encouragement in your journey to self-love:

Muriel’s wedding isn’t just another rom-com; the lead star rejected her love interest for her best friend (and it’s definitely not something we often see in romantic comedies) and the film tackles issues about gender, class, and abuse. Muriel (Toni Collette) is an endearing, goofy, small town Aussie who’s still living with her psychologically abusive father, and the only way to get out of her father’s clutches is to get married. In pursuit of romance, she meets Rhonda (Rachel Griffiths), an outcast like herself who eventually became her best friend. Their friendship led them to Sydney where they experienced new adventures and where they've come to the realization that Muriel is more than someone who's “stupid, fat, and useless”—the three things her father often calls her.

The film is about 18-year-old Ana (America Ferrera) who is being forced by her mother to work at her sister’s dress factory, putting her long-term decisions on hold. Ana’s mother, Carmen (Lupe Ontiveros), is manipulative and guilt-inducing. She constantly shames Ana for being fat because she’s ashamed of the reality that she’s plump as well, and she wants her daughter to “suffer” with her. In the movie, Ana slowly finds comfort in her body, accepting the fact that she’s both fat and beautiful—big boobs, stretch marks, and all.

Girls of four different sizes and shapes seem to fit in the same pair of jeans. This magical pair became one of the reasons why the "sisterhood" learned to accept their respective bodies, and a specific scene in the movie proves it: When Carmen’s (America Ferrara) soon-to-be-stepmother condescendingly picked out a dress for her and it didn’t fit, she responded, “We can just tell everybody that Carmen’s Puerto Rican and it never occurred to you that she might be built differently.”

Olive (Abigail Breslin) is the kid who usually wears big glasses and denim overalls. When she was invited to participate as a contestant in one pageant, everyone in her family was totally supportive, knowing that she’d win just by being herself. While she may not be the typical Barbie girl, “Let Olive be Olive,” they said.

Now who hasn’t heard about this movie? Hairspray tackles a little bit of everything: racism, body image, and civil rights. The lead character, Tracy Turnblad (Nikki Blonsky), is a vocal supporter of racial equality. She is an overweight teenage girl who knows that she doesn’t need to lose a pound or two in order to achieve her goals. One of the movie’s famous lines came from Link Larkin (Zac Efron) who said, “Tracy, I’m in love with you, no matter what you weigh.”

Patti Cakes puts a stop to fat-shaming. In the movie, all the jabs aimed at Patti were treated as something that needed to be shot down immediately. It’s about a woman who fully believes in her capabilities, she who dreams of being a rapper in a world where society expects her to live in a small town forever. According to Bustle, “Patti Cake$ actively frees Patti from the burden of being a bigger woman in a world where being that size is considered a flaw.”

The increase of positive body representations in film and TV shows is definitely something to be proud of. We may still have a long way to go, but for the meantime, sit back, grab some popcorn, and celebrate yourself!

Bela Padilla Had the Best Response to Body Shamers on Instagram

Here's How Gabbi Garcia Shut Down Her Body-Shamers

Here's Why We Don't Want A Shout-out From Jameson Blake