SHOP: The Preview Beauty Bag Is Officially Here and It's the Ultimate Steal|Read more »
Culture | By Marj Ramos - May 22, 2017

5 Things You Might Have Missed at Pippa Middleton’s Wedding

The royals were present, of course. 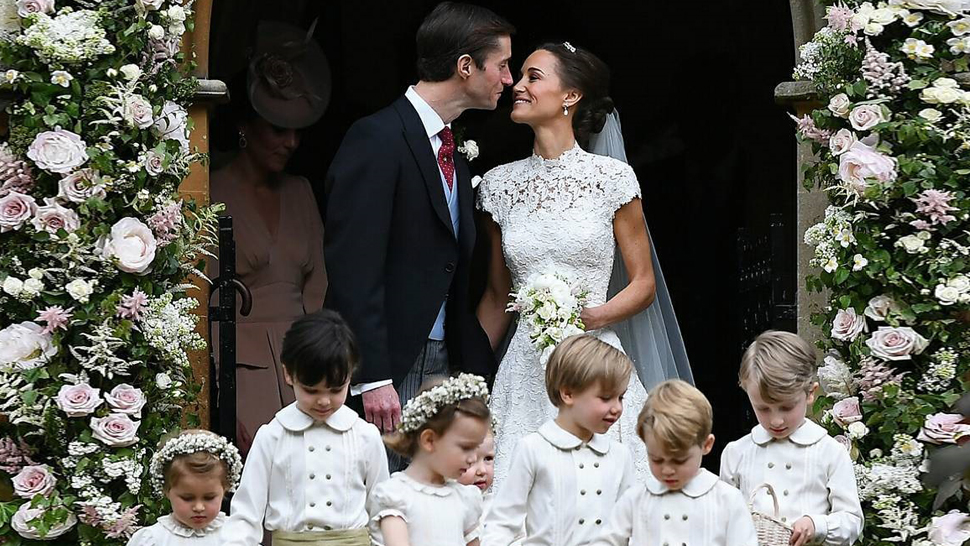 Bring out the bubbly—Pippa Middleton is officially a married woman!

The Duchess of Cambridge's younger sister walked down the aisle last Saturday, May 20, to tie the knot with James Matthews. She announced her engagement with the banking tycoon in July 2016 just after a year of dating.

Below are some of the most notable deets at the wedding that you might have missed (in case you decided to do a social media detox over the weekend):

In support of British fashion, Pippa opted to wear a custom Giles Deacon on her wedding day. The bride looked absolutely breathtaking in a cream-colored lace frock featuring cap sleeves, a corseted bodice, and a high neck. "I was thrilled to work with Pippa on her wedding dress," says the designer in an interview with The Telegraph. "The lace bodice is embroidered with pearl detailing over an organza and tulle underskirt, which has layer upon layer to enable a floor-sweeping movement.”

Pippa teamed the intricate gown with a fern tiara by the Middleton family’s go-to jeweler and a tulle veil dotted with pearls. To finish off her look, she slipped into a pair of ivory satin pumps by Manolo Blahnik—a bespoke version of the shoe brand’s Seneca Bride design.

The couple had a traditional British wedding at St Mark’s Church in Englefield, Berkshire (perhaps not as grand as Kate’s fairytale wedding with Prince William in Westminster Abbey, but still no doubt a prominent contender for 2017’s wedding of the year). It’s the local village church located just a few miles away from the Middleton family home in Bucklebury, where the guests were ferried to for the reception after the church ceremony.

While many have expressed their disappointment over the Duchess of Cambridge not becoming the matron of honor (she probably didn’t want to steal her sister’s thunder during her big day), it was certainly a beautiful picture seeing Prince George (as a page boy) and Princess Charlotte (as a bridesmaid) in Pippa’s bridal party.

Apart from Pippa a.k.a. the glowing bride, another Middleton daughter also dressed to the nines. Kate’s satin peach dress and hat by Alexander McQueen strike the perfect balance between “I don’t want to upstage my sister on her wedding day” and “I still want to look like a future queen.” At the wedding of the year, the Duchess of Cambridge was a stage sister and a hands-on mom—and she managed to do both in style!

As if it wasn’t enough to have a princess and a prince in the entourage, the guest list was also brimming with names who matter—a combination of royals, socialites, some old friends, and a chosen few celebrities (yes, that includes Prince Harry’s girlfriend, Meghan Markle, who skipped the marriage ceremony but was noticeably present during the reception).

This Woman's Instagram Is Dedicated to Copying Kate Middleton's OOTDs