If you’re still trying to get over that holiday hangover, sometimes the best medicine is to wipe away your caked mascara, pop in a good movie, and let the power of great filmmaking wash away your New Year’s Eve regrets. We know you have many—stop pretending. And just like great fashion, the best movies don’t sacrifice function for sheer form. A script usually serves as the backbone, allowing those responsible for the aesthetics to create (then build on) the visuals. Think of it as a heart-stopping runway show: the collection is your script, and the smoke and mirrors surrounding the clothes—the lighting, the music, the stage design—all aid in telling one cohesive story.

The list of films below are just that: Visually arresting pieces of work that have engaging stories to tell. Trust that by the time the end credits come rolling, your eyes will be just as full as your mind and heart. 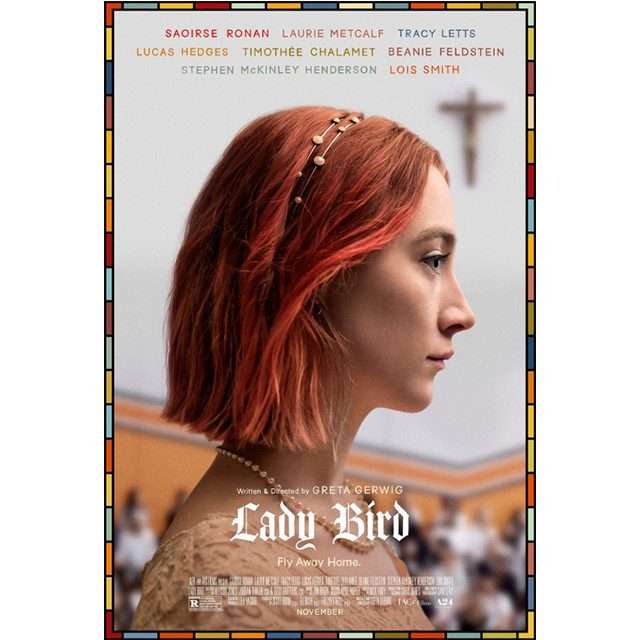 Actress Greta Gerwig’s semi-autobiographical directorial debut tells the story of Christine “Lady Bird” McPherson (the always enthralling Saoirse Ronan), a high school senior tired of her California existence and dreams of studying in the East Coast. Her New York state of mind is only hampered by her doting mother and subpar Sacramento Catholic school education. Set in the early aughts, that period in history when the fashion was just as confused as the times, Gerwig chooses to drown the film in what can only be described as garish yet pleasing orange tones, all the school girl uniforms and mall-bought prom dresses accentuating the inherent awkwardness of its titular character. At its core, it’s a coming of age tale of discontent and familial dysfunction, which will have you laughing, crying, and singing along to Dave Matthews Band’s “Crash Into Me” (if you’re old enough to know the lyrics).

Call Me By Your Name 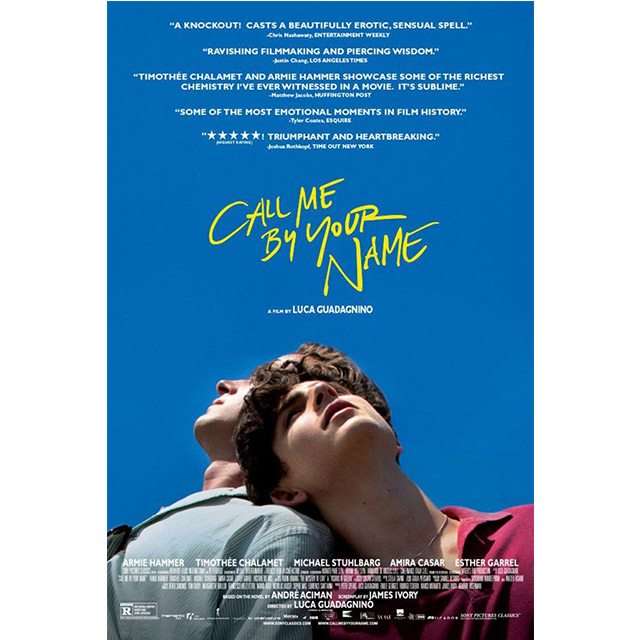 This feverish summer romance uses the Italian countryside as a backdrop for an unabashed sexual awakening between Elio (Timothée Chalamet), a 17-year-old Jewish boy, and Oliver (Armie Hammer), his father’s new academic intern. Their erotic seduction play is only amplified by the heat, swelling as their clandestine meet-ups intensify. One can argue that the costumes are another major character in this ensemble—oversized chambray shirts, ratty band tees, tight swimming trunks, wayfarers, and Converse high sneakers making up the bulk of ‘80s menswear worn (and eventually stripped off) by the two leading men. ICYMI, Celine designer Giulia Piersanti was responsible for curating the laid-back looks, mixing vintage RTW apparel with pieces she made from scratch to evoke the sensuality needed for a hedonistic escape. 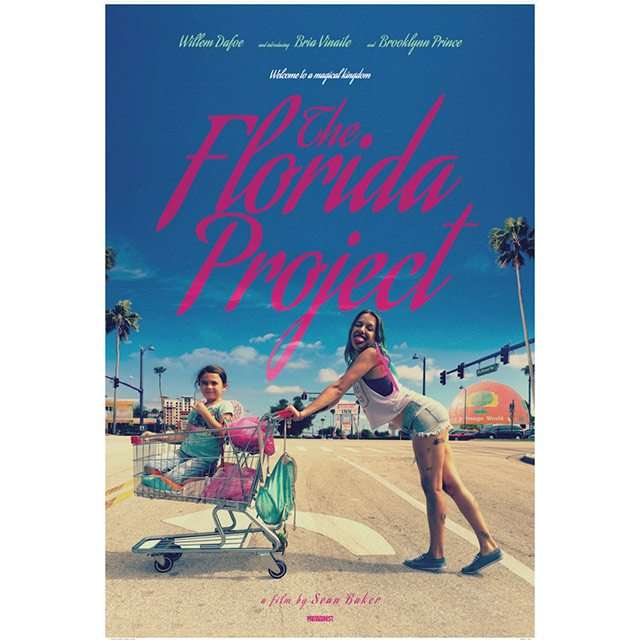 Director Sean Baker’s sophomore feature is poverty as seen through the eyes of children. With rundown motels and Kissimmee’s grasslands as her playground, six-year-old Moonie goes about her day unsupervised, creating chaos with the help of her equally naughty friends as her young mother tries to make ends meet. Despite the despair that eats away at its characters, The Florida Project uses an oversaturated palette to represent the candy-colored lives of the individuals that inhabit its impoverished kingdom. 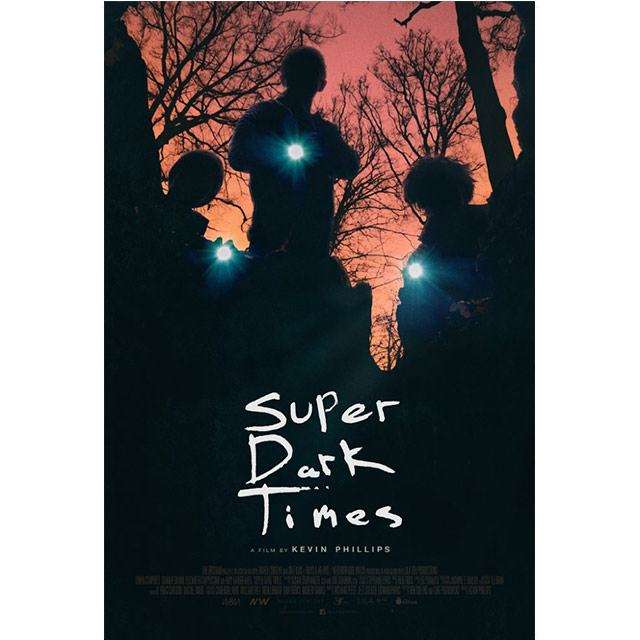 Not quite a slasher flick, but not a full-fledged drama, this angst-y thriller takes the darkest, most toxic parts of male teenage friendship then flips on its head. After an accident rocks the tight bond between Zach and Josh (bright newcomers Owen Campbell and Charlie Tahan), paranoia takes over, pushing each one to the edge and testing the ties they thought were strong. Set in 1996, an era before cellphones and social media hit the mainstream, Super Dark Times is a moody suburban horror story that will leave you disturbed but seriously entertained. 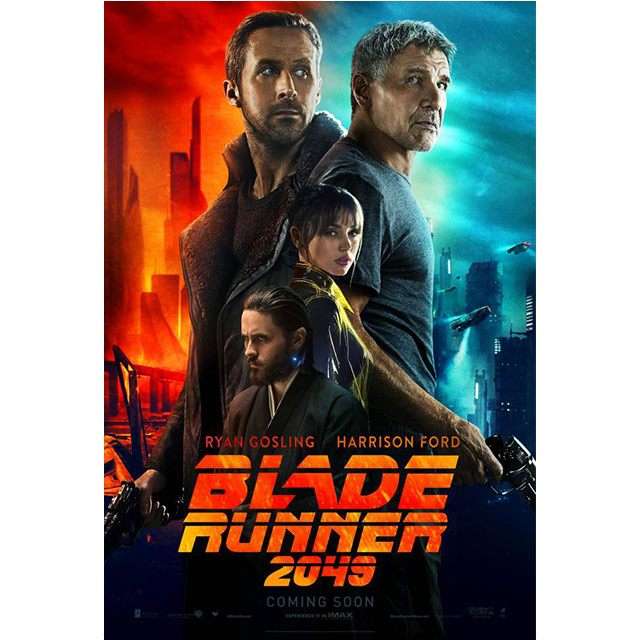 Not only is the Blade Runner sequel a neo-noir science fiction mystery, but it’s also a lush tapestry of psychedelic imagery that will propel any viewer down a trippy rabbit-hole. With amazing costumes, grand set pieces, and compelling computer graphics that capture the dystopian future the film moves in, director Denis Villeneuve’s signature style of impending dread is on full display. If surviving the bleakness of 2049 means wearing distressed, oversized trench coats (as seen on Ryan Gosling’s K) and sleek, see-through rain coats (which Ana de Armas’ Joi rocks quite cutely), then the fall of mankind doesn’t look so bad after all.

How To Make 2018 Your Year, According To These Celebs