She worked hard to get to where she is, and she's stronger because of it.
CREATED WITH PANTENE
Shares
Share
Tweet
Pin

This article is part of a series produced for Pantene. To view other articles, click here.

Eight years ago, Jasmine Curtis-Smith was simply known as Anne's little sister by the majority. But she has since cemented herself in the entertainment industry as a force to be reckoned with. She has become a voice for millennials as a TV and film actress, published writer, and even as a stage actress. Here are some of our favorite things she's done:

She uses her platform as a celebrity to talk about issues like body shaming.

Jasmine isn't a stranger to public scrutiny. A selfie she posted on Instagram last year garnered a lot of mean comments. Many told her she looked anorexic because of her visible weight loss. Speaking to PEP.ph on body shaming, Jasmine asked, "Do you know what anorexia is? Do you know how serious the condition is to be calling someone anorexic? Do you know the impact of your comments towards those receiving them?" Jasmine made it clear that she does not condone body shaming, especially when it involves putting down those going through serious eating disorders. She recognizes that comments like that help no one, and only make a person feel worse about themselves. And even before that, she owned her stretch marks in her bikini pics and said, "I don't mind my stretch marks. They are part of who I am. No need to cover them up!"

That's just one of the ways Jasmine shows she's particular about self-image. Another way is through her personal style. She shares this work-related experience with Preview: "Someone wanted me to wear a cropped top, a mini skirt, and a pair of boots, and I was like, 'Oh you know what, that's really cute, but it's not me.'" She explains why she's chosen to stick to what she's comfortable with, "At the end of the day, I'm putting my name on the line. This is only to help shape who I am and the image I want to present to people."

She was TV5's "Primetime Princess."

At 17, Jasmine played Bing Morrison, the lead female character in TV5's Ang Utol Kong Hoodlum. Bing is an Australian-Pinay who lives a sheltered life with her parents in Australia. Her dream of exploring the world comes true when her grandfather decides to go back to the Philippines and takes her with him. She meets con-artist Ben Maningding (played by JC de Vera), and although they come from different worlds, they both discover the hardships of life together. This was Jasmine's first project, and she had to be able to deliver a serious and convincing act in this drama series.

The series was adapted from the top-billing film of the same name, so it was a huge deal for Jasmine to take on such a big role. The show was nominated for an Oustanding Adapted Drama Award at the 2013 Golden TV Screen Awards, and it even won Jasmine an award for Oustanding Breakthrough Performance. Seven years later, she's starred in 10 movies and 16 television shows.

She is not afraid to take on challenging roles.

Indie films often have the reputation of tackling issues that can be difficult to stomach, but Jasmine doesn’t shy away from such productions. Loving the creative freedom and the collaboration that come with indie films, Jasmine has taken big roles in works like the role of the daughter of an overseas Filipino worker in Hannah Espia's Transit, and a young artist's assistant who is enamored by her mentor in Miguel Alcazaren's Puti.

The role that won her the Best Actress accolade at the Cinema One Originals Film Festival was Alex in Sam Lee's Baka Bukas. She played the role of a young gay woman who falls in love with her best friend Jess (played by Louise delos Reyes). It was a challenging but important role for Jasmine to take, considering the importance of LGBT representation in the media, and the discussion that playing the role of a gay woman could spark. 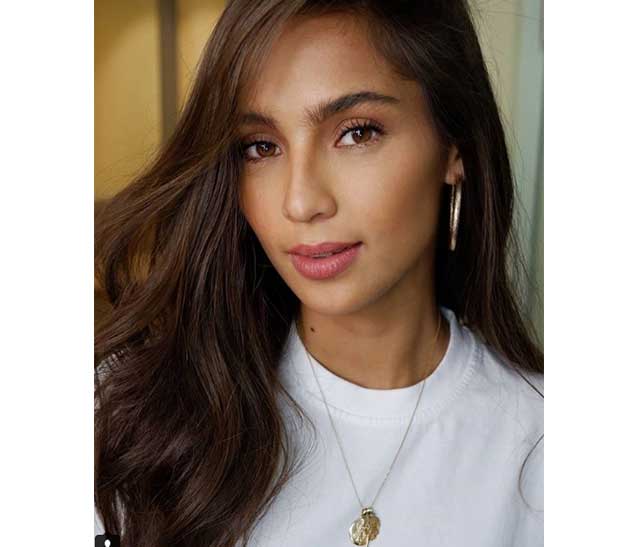 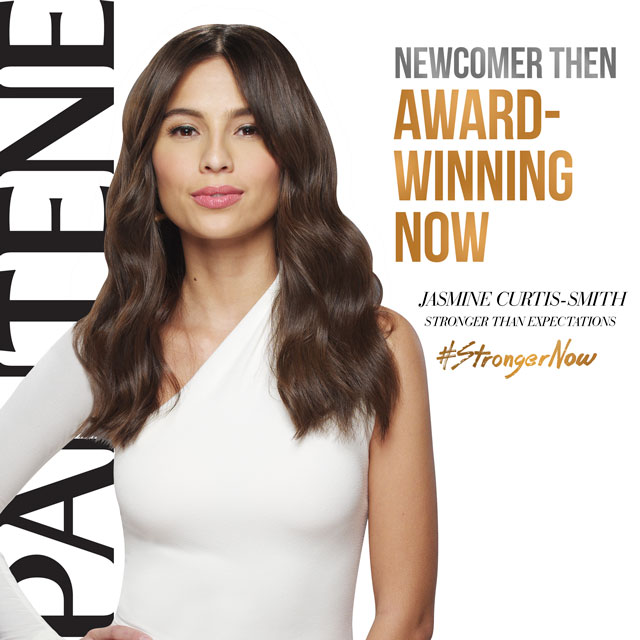 The road to being your own person isn't easy for anyone, even for actresses like Jasmine Curtis-Smith, and yet she has shown us that discovery and self-awareness can give the clarity and courage we need to pursue our goals and dreams. Her honed talent and openness to challenges have brought her to the success she has achieved to date, and she’s stronger now because of it. She's definitely someone to look to when we need a reminder that being true to ourselves will lead us to success.

Look to Jasmine Curtis as an example to be your own person and achieve your goals, and join the movement to be #StrongerNow with Pantene. Celebrate the modern Filipina by being empowered enough to overcome challenges and find fulfillment.

This article was created by Summit Storylabs in partnership with Pantene.