These models can act, dance, and wait for it… sing! 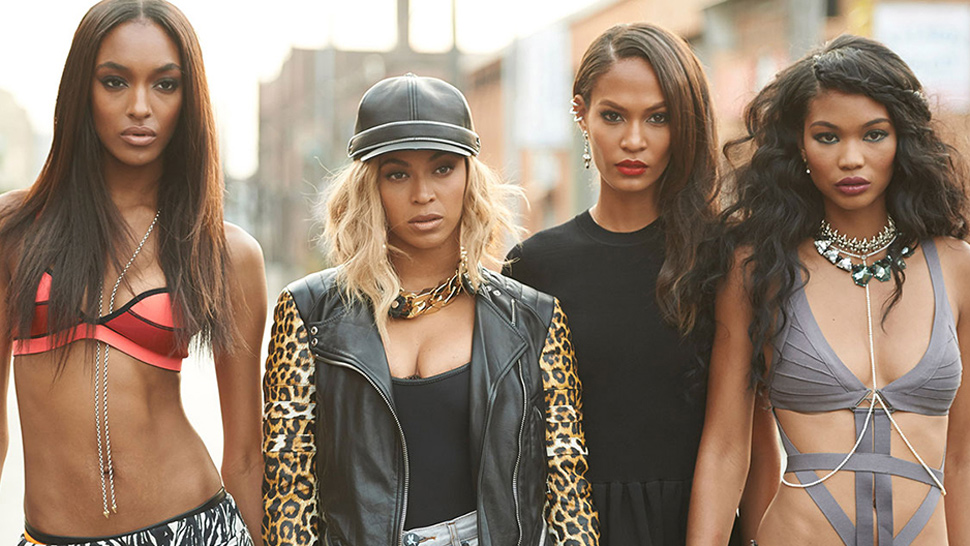 Remember that time Sean O’Pry made it so big he even bagged a campaign deal with Penshoppe and flew all the way here to meet and greet his fans? You can’t deny that was 90% because of his appearance in Taylor Swift’s Blank Space music video. The spotlight shines bright on the models on runways, ads, editorials, and magazine covers; but ever so often, a few are side tracked into the music biz turning either them (if they’re new) or the video (if she's an It model), into the shiznit.

Below, a list of models who did more than just looking hot.

Ya’ll have seen this video for sure. These six models turned into their superhero alter-egos as part of Taylor Swift’s Bad Blood squad.

The video for the White Stripes’ I Just Don’t Know What to Do With Mysel’f was directed by Sofia Coppola. It features none other than Kate Moss dancing (and pole dancing) in her skivvies.

As if Queen Bey needed any help with upping up the sizzle in her Yoncé music video, she gathered three of the hottest models of color to star alongside her. Chanel, Jourdan, and Joan clad in fishnets, bra tops, and leather were the perfect trio to back up her mad twerking and body grooving skills.  #SoHot!

We can’t imagine Adam Levine preying on anyone else other than his Angel wife. See the rockin’ couple drenched in blood in this ultra steamy video of Maroon 5’s hit, Animals.

We bet it was Taylor who told her beau Calvin Harris to get her BFF Gigi for the music video of How Deep is Your Love. He sure didn’t make a mistake since Gigi gave the video justice and the buzz it needed.

Did you guys know that Miranda Kerr can sing and dance? Watch as Bobby Fox shows us a different side of the dimpled model in the video of You’re the Boss.

How can anyone forget Michael Jackson’s Egyptian-themed Remember the Time music video? It starred Eddie Murphy as the Pharaoh with Iman as his queen who falls for MJ.

We all know Karlie can bust a groove. But if you want to see four whole minutes of her disco-dancing, watch the video I’ll Be There by Chic.

Everything about Die Antwoord’s Ugly Boy, screamed Cara Delevingne. From the lyrics, the unconventional look, to the whole vibe of the video, she was clearly the perfect fit for the job.

Rihanna and Laetitia showed some girl on girl action for the video of Te Amo. 50 Shades of Grey has nothing on this—even though it’s totally PG and all.

Everyone is talking about Justin Bieber’s chart-topping hit, ‘What Do You Mean?’. This also led us (and the rest of the world) to notice the model who got to kiss JB multiple times. Meet Xenia Deli.

Of course, we’ll never forget the moment Taylor Swift introduced hottie Sean to the world through Blank Space. We still sigh every time we see his billboard along EDSA. Watch this video of him slicing mangoes for us.

Dear Kendall, we're waiting for you.

True Story: I Traveled To Seoul In Search Of Korean Guys On Tinder

The #imapreviewgirl's Guide To Today's Slanguage