LOOK: I'm Almost in My 40s and Here's Why I Love Monochromatic Outfits|Read more »

% Arabica Is Bringing Back Their Aesthetic Bottled Coffee Drinks 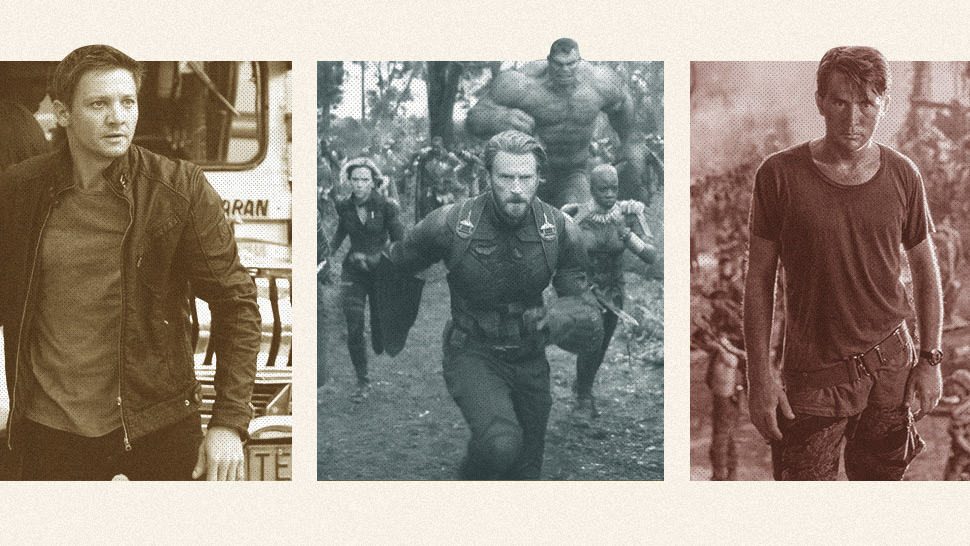 With its exquisite beaches, lush forests, vivid alleyways, rich history, not to mention the semi-ambiguous facial features of its residents, the Philippines is just an open movie set screaming to be used.

We're taking a stroll around the country, remembering some of the more buzzed-about films that believed in our country's cinematic beauty. For some, the Philippines served as a "stand-in" for other countries, in others it’s a mere flashback setting, and a few "revisit" the country’s past wars.

Thailand refused to grant the film permission to shoot, so the production ended up creating, instead, a makeshift set in the Philippines. Shortly after filming, however, lead actress Claire Danes mentioned in a Vogue interview that Manila was a "ghastly and weird city." Meanwhile, Premiere magazine also quoted her saying that the city "smelled of cockroaches, with rats all over, and that there is no sewage system and the people do not have anything—no arms, no legs, no eyes." Her controversial statements earned her the ire not just of Filipinos (including half-Pinoy co-star Lou Diamond Phillips) but of Oprah, Tom Hanks, and Bruce Willis. Her subsequent apology was dismissed as insincere and the city of Manila has since declared her persona non grata.

Premise: The story is set during the Philippine-American War, sometime between 1899 to 1902. Some American soldiers set up shop (so to speak) in a small barrio. This causes conflict among those who treat them as friends and those who see them as just another group of colonizers. Joel Torre plays the barrio chief Rafael Dacanay who is forced to be "friendly" to the Americans.

Setting: The fictional barrio in the film is supposed to represent a typical Pinoy rural community inhabited by rice farmers.

Director John Sayles loved the location so much that he shared his exuberant musings about Bohol and his Pinoy amigos in his blog, johnsaylesbaryo.blogspot.com. The director likewise emphasized that he made the film so that people would know what really happened when the Americans came to the Philippines. In an NPR interview, Sayles pointed out one of the most brutal results of the era: "This is the war [that introduced] waterboarding—it was called ’the water cure’ back then—[and it] was controversial in its time. There were congressional committees about it, and a lot of back and forth."

Premise: During the Vietnam War, a US army captain is sent back to Saigon to kill a renegade US military man who has gone insane, recklessly wreaking havoc in Cambodia.

This epic is probably one of the best war movies of all time; it was honored by the Cannes Film Festival and received nominations from the Golden Globe and Academy Awards. Instead of discussing the film's series of unfortunate events (typhoon, tempers, and temperamental actors), we're going for the fun stuff. Francis Ford Coppola and his family spent so much time in the Philippines that his daughter Sofia, then aged five, managed to memorize "Lupang Hinirang." Martin Sheen also brought along his young son, future controversial star Charlie, on set. Charlie would later return to the Philippines to shoot another war blockbuster.

Premise: A military rookie faces a moral crisis aer witnessing the shock and horrors of war.

Shooting experienced a little hiccup-People Power was coming to a boil—but the crew managed to keep everything on schedule. To ease budget woes, the crew also borrowed Philippine military equipment as props. Platoon, with its gorgeous Philippine backdrop, went on to win the Academy Award for Best Picture, and the Golden Globe for Best Picture, among others. TV host Dyan Castillejo’s brother, Chris, snagged a bit role in the film. He was in good company as Johnny Depp was also a bit player in the film.

Premise: Based on a true story, Ron Kovic is a Vietnam war veteran who discourages war and promotes human rights after becoming paralyzed.

Stone initially wanted to shoot his film in Vietnam but due to unsteady relations between the US and Vietnam, he settled for the Philippines. In case you're wondering where you've seen the beach featured in the movie, it's the same place the Temptation Island remake was shot.

Premise: Two beautiful women (one black, one white) escape from the penitentiary and try to fight their way out of the jungle, all while they’re chained to each other.

Location: Manila and a Philippine forest

Setting: An island in the South Seas

This R-rated film is, well, as blatant as any exploitive film can be. Apart from showcasing the local greenery, this film also introduced a few Filipino actors like Eddie Garcia, Vic Diaz, and Bruno Punzalan to the international show biz scene. Filipina actresses Alona Alegre and Lotis Key also appeared topless in some scenes. This is also Pam Grier’s second film shot in the Philippines; the first being the similarly themed movie, The Big Dollhouse (1971).

Premise: An Australian journalist goes to Indonesia to report on the eventual ouster of its President.

After being denied permission to shoot in Indonesia, the crew moved production over to its neighboring country, the Philippines. However, production was halted as Peter Weir and Mel Gibson received a series of death threats from local Muslims alleging that the film was "anti-Islam." This caused the crew to shoot the rest of the movie in Australia. However, several Filipino references remain: Most of the non-English dialogue was actually spoken in Filipino. Filipino actors Bembol Roco and Kuh Ledesma also had supporting roles as undercover members of the communist party who are tasked to kill Mel Gibson’s character, Guy.

Premise: A US colonel organizes guerilla fighters to combat against the looming Japanese invasion

Although a handful of Hollywood films tackled the famed Battle of Bataan, this was the only film to actually shoot in the Philippines. The film, however, dealt with more than that. As the war had been ongoing at this time, the crew had to constantly rewrite and rework production to keep their facts updated. Accuracy? We think so. We found it a bit strange though that acclaimed Mexican-American actor Anthony Quinn played Andres Bonifacio’s grandson: first, because the revolutionary had none; and second, he just didn’t look Pinoy.

Premise: A serial-killer-turned-detective is hired to find the son of an important pharmaceutical conglomerate boss who was last seen somewhere in the Philippines.

About 200 native miners were asked to play extras in the film. They were paid P300 each. According to a PEP.ph article, the producers were so impressed with the beautiful scenery of Mt. Diwalwal that they promised four more films, including one featuring the area’s rich history. Meanwhile, lead star Josh Hartnett had nothing but kind words about the country, saying that he felt right at home. "This is a gorgeous part of the world," he said, adding "We shot in these waterfalls, the view was very spectacular, Diwalwal is a very beautiful location."

Director Tran Anh Hung chose the mountain after watching a documentary 15 years ago. According to an article in the Philippine Information Agency’s website, the crew received a letter prior to filming telling them not to come to Diwalwal for security reasons. In light of this, soldiers of the Philippine Army’s 28th Infantry Battalion provided security for the shoot. Moreover, a Philippine Star article in 2007 reported that barangay officials did not charge the crew, and instead left it up to the producers to decide how much payment they should receive.

Premise: An office-bound American lieutenant is sent on a combat mission to destroy a Japanese radio transmitter.

Too Late The Hero is the first of two war-oriented films shot in Boracay that year (the second was Nam’s Angels which was about the Vietnam War).

Premise: An enhanced operative who is not Matt Damon searches for the pills that could keep him a super soldier.

What country produces soldier-enhancing miracle pills? In an unassuming factory in the chaos of the Philippines of course, guarded by none other than a pre-Heneral Luna John Arcilla. There was an exciting motorcycle chase scene set in Manila, but it was the picturesque escape to Palawan that moviegoers might never forget.

Premise: After successfully completing the infinity gauntlet stones and carrying out his plan. Thanos retreats to a remote location where he is later found by The Avengers.

Confirmed by South East Asia-based production company Indochina Productions in a Facebook post, the aerial footage and on-ground clips of the film’s main villain Thanos entering a bahay kubo were indeed shot in the Philippines. While it’s unconfirmed if any of the lead actors actually visited the country, scenes of Thanos in the Banaue Rice Terraces in Ifugao actually appeared in two of the Marvel franchise’s films: at the end of Avengers: Infinity War and the beginning of Avengers: Endgame.

Premise: The son of a Navy sailor overcomes his struggles as he enrolls in a Navy Aviator Candidate School.

Unfortunately, Richard Gere never made it to Philippine shores but at least Subic was exhibited internationally. An Officer and A Gentleman was the third highest-grossing film in 1982 and achieved enormous box-office and critical success.

This story originally appeared on Spot.ph. Edits have been made by the Preview.ph and Esquire.ph editors.

Skechers Is Coming Out With The Cutest Hello Kitty Sneaker Collection 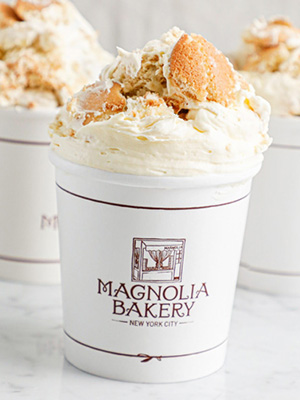 You can finally enjoy it at home! 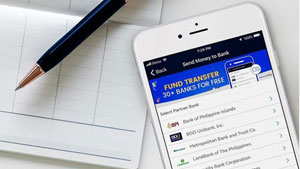 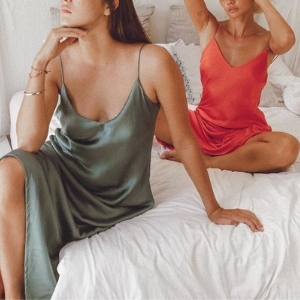 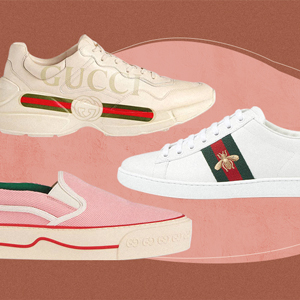 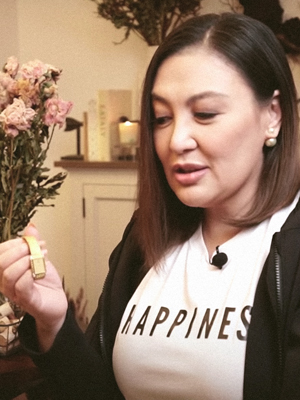 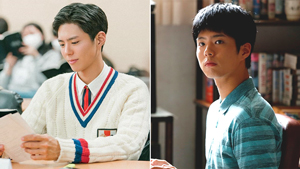 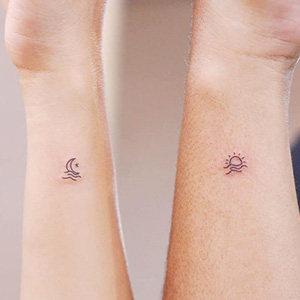 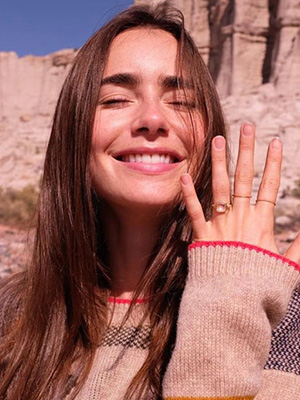 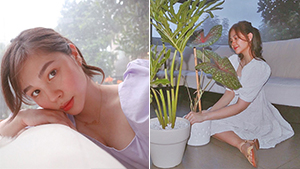 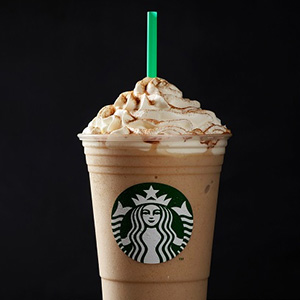 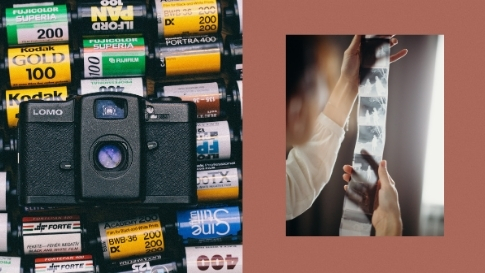 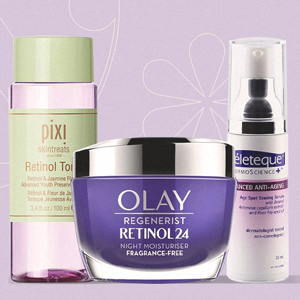