LOOK: Would You Buy This Iconic Engagement Ring from "Crash Landing on You"?|Read more »
Culture | By Charlene J. Owen for Femalenetwork.com - May 19, 2016

12 Beautiful Places in the Philippines You Never Knew Existed

There's always so much more to discover. 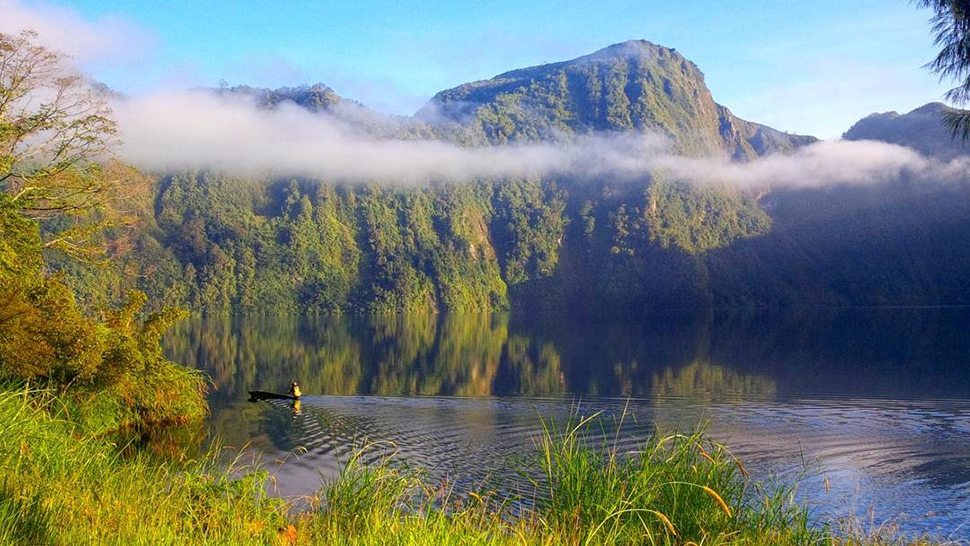 With 7,107 islands (each charming in its own way), the Philippines is hands down one of the most beautiful countries in the Pacific. Boracay may be our most popular tourist spot, but there are still so many off-the-map places waiting to be discovered. Want to get your much-needed R&R in a more serene venue? Start off your bucket list with these hidden gems.

A secluded paradise at the heart of Negros Occidental, Sugar Beach is known for its great diving spots, and a quiet rural atmosphere that will definitely rejuvinate you.

Lake Holon, which is also known as Lake Maughan, serenely sits at the at the crown of Mount Melibengoy, a stratovolcano nestled in Mindanao. It's considered by the T'boli tribe as a sacred place, and was only recently opened to the public after much rehabilitation.

It's sadly very rare that you find a clean and living river within or near the metro, which is why Tinapak River in Tanay is such a welcome sight. A hike through beautiful white rock formations is definitely worth it once you discover its coves and underground waterways.

Known as one of the hidden gems of Saranggani, Siniel Falls boasts of beautifully marbled rocks smoothened over by the rush of water. Just make sure that you have the stamina for the trek, as the way to Siniel is not for beginners.

Ginablan is an island of quiet shores and blue waters. Marble Beach Resort is home to Dumagat Freedive, which offers courses on freely exploring the deep.

You may need to brave through a slightly nerve-wracking motorcycle drive over slippery and unpaved paths, but hiking Mount Naupa will reward you with a beautiful view of green mountains and a sea of clouds. Legend has it, though, that a lot of aswang roam the area, so if you hear the sound of wings at night, you may want to stay in your tent—unless of course, it's just a loose tarp or flap.

The beauty of Lake Nailig will make you feel like you're in a scene from "The Lord of the Rings". It is one of the twin lakes of Mount Talinis, a volcano which is about 1,903 meters above sea level. You'll need to prepare big time if you want to go on this major climb!

A trip to Oslob is often synonymous to swimming with whale sharks, but recently, more and more concerned divers and environmentalists are trying to discourage the practice, saying that it can change the feeding habits and the migratory paths of these magnificent creatures. However, Oslob has more than this to offer. You can visit interesting Spanish era ruins, and spend the afternoon relaxing in the waters of Tumalog Falls.

The land and the culture of the Mountain Provice was never touched by Spain, giving us a beautiful picture of a part of our country's history. A trip to one of its famous municipalities, Batad, can offer you a private reprieve from city life, and a wondrous view of the Banaue Rice Terraces.

The beauty of Siquijor is an open secret. Aside from its rich occult history, it also prides itself in having many beautiful natural wonders, including Cambughay Falls, with clear waters cascading from several rock formation levels before settling in the blue lake below.

You've probably heard of Anilao because if its beautiful beach resorts, but aside from this, it's also considered one of the nicest places to dive in Luzon. Here you can find diverse marine wildlife, which both experienced divers and first-time snorklers can enjoy.

Dapitan is where Jose Rizal spent his last years. He considered it its paradise, telling his friend Zaide about "the murmur of a crystal brook which comes from the high rocks..." while describing the beautiful shoreline of the island.

Aside from visiting many churches and historical spots, you can also bike around the city to see interesting sites and stores that are often not mentioned in travel guides (don't forget to buy their Spanish sardines). You can opt to stay in the famous Dakak resort, but if you are to chase the sunset, do so at the landing site of Rizal at Sta. Cruz Beach for a wonderful show of oranges and purples.

*This story originally appeared on FemaleNetwork.com. Minor edits have been made by the Stylebible.ph editors.

Victoria Beckham Won’t Be Returning For The Spice Girls Reunion