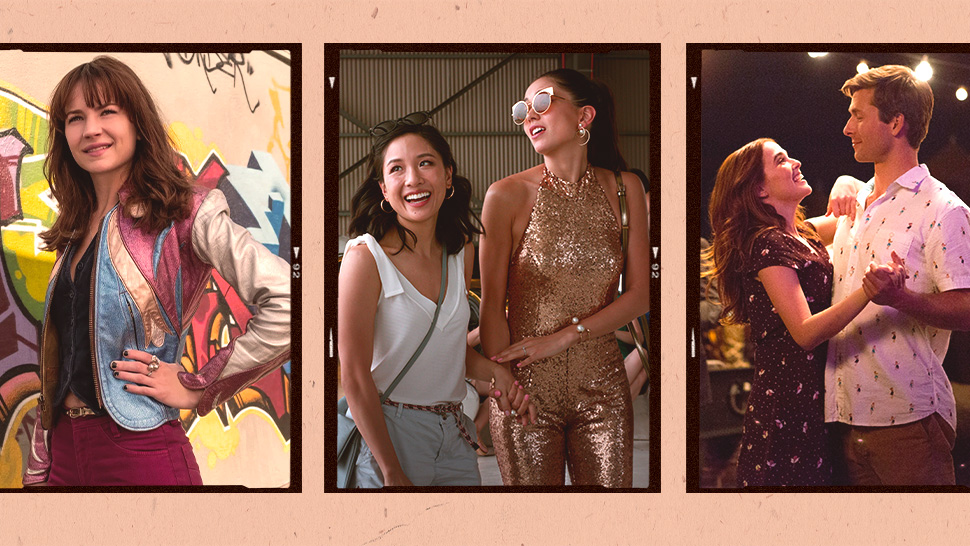 Love it or hate it, there’s no denying that Emily in Paris has taken over our social media feeds. And considering it’s been sitting pretty on Netflix Philippines’ Top 10 for weeks now, we’re sure most of you have already binge-watched this comedy-drama all the way to its 10th episode. That said, if you’re still on your Emily in Paris high and you’re looking for more TV shows or movies just like it, then you’ve come to the right place.

Whether you watched the series for the flashy clothes, the bite-sized running time, the lighthearted storyline, or the show’s yes-girl, can-do attitude, we guarantee you’ll find something new to watch below.

Loosely based on the real life story of Nasty Gal founder Sophia Amoruso, Girlboss trails her fictional version, Sophia, a rebellious but broke woman in her 20s. When she eventually discovers her passion for fashion, she suddenly finds herself navigating her own online business while learning the ropes of heading her self-made company.

2. Never Have I Ever

Inspired by the life of the show's creator, actress Mindy Kaling, Never Have I Ever chronicles the coming-of-age of a first generation Indian-American teenage girl amid the complications of the modern age. Despite the difference in age group and narrative, it's yet another easy to digest 30-minute rom-com with a lot of heart and hilarity to keep you glued to your seats.

This comedy drama and satirical telenovela centers on Jane Villanueva, a young, devout Catholic woman who’s promised to save her virginity until marriage. This vow, however, is threatened when she’s mistakenly artificially inseminated by a doctor during a health checkup. Met with an unexpected twist to her life, Jane now has to deal with pregnancy, motherhood, and the child’s biological father who turns out to be playboy and her former crush in high school.

It doesn't get crazier and weirder than Crazy Ex-Girlfriend. Rebecca Bunch, a Yale and Harvard garduate, gives up her succesful life and career in a top New York law firm to move to California in pursuit of an ex who dumped her in high school. Hilarity and drama follow suit, all while she occasionally breaks into song.

If it’s an actual French comedy series you’re looking for then you might want to give Call My Agent! a shot. The show revolves around four talent agents, Andrea, Mathias, Gabriel, and Arlette. Together, they navigate the troubles thrown at their professional and personal lives, including snooty celebrity clients, and the sudden death of their agency’s founder.

This hit American comedy sitcom chronicles the shenanigans that ensue when Jess, an offbeat and bubbly teacher, moves into an apartment with three single men, after she comes home to find her boyfriend cheating on her.

Loved Emily in Paris for the fashion? You’ll definitely take a liking to Crazy Rich Asians! Economics professor Rachel Chu flies out to Singapore to meet her boyfriend’s parents, only to find her whole life turned upside down when she finds out that Nick belongs to one of the richest families in the country.

After being dumped by her long-term boyfriend, a young woman tears through New York City with her two best friends for one final crazy adventure before she moves out of town.

Set It Up focuses on Harper and Charlie, two overworked and underpaid assistants who come up with a scheme to alleviate their stress by setting up their bosses with each other. Will their bright idea work out for the both of them, or will their late night stakeouts stir their strictly business relationship into something more?

Airplane Mode is a Brazilian comedy movie about Ana, a fashion design student and social media influencer who’s glued to her phone 24/7. When she accidentally crashes her car while using her phone, Ana's parents send her off to her grumpy grandfather’s farm where she’s forced to live her life off the grid.

Why Camille Is the Real Style Icon of “Emily in Paris”