Get to know the beauty queen set to represent the Philippines at this year's Miss International. 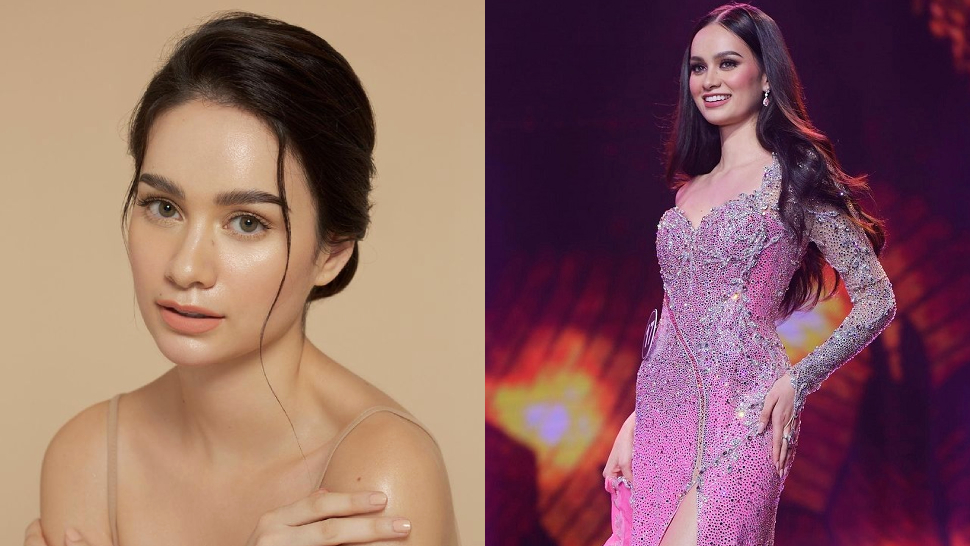 IMAGE INSTAGRAM/arnoldhan_, BRUCE CASANOVA VIA INSTAGRAM/BBPILIPINASOFFICIAL
Get to know the beauty queen set to represent the Philippines at this year's Miss International.
Shares
Share
Tweet
Comments

It’s official! Masbate’s bet, Hannah Arnold, is Binibining Pilipinas International 2021. The 25-year-old beat out 33 other contestants to earn the coveted crown, passed on to her by 2019 titleholder Bea Patricia Magtanong.

Hannah, who will represent the country at Miss International 2021 in Japan, won the competition after her answer to the question of whether genuine freedom of speech exists in the Philippines, in today’s social media age.

Read her full response below:

“First of all, freedom of speech is a basic human right that we all must remember. It is important for a democracy. With our upcoming election, we definitely need freedom of speech. For example, on Twitter, we are limited to a few characters, and what I have seen in this Tweets is powerful. That has helped me think about who I'd like to vote for in the upcoming elections.”

With that, we’re sure you’re already curious about this Fil-Aussie beauty. Good thing we’re way ahead of you.

Here are 10 fun facts you need to know about Hannah Arnold.

Full name Hannah Consencino Arnold, she was born on January 21, 1996 to her Irish-Australian dad and Filipino mom. Although she grew up in Canberra, Australia, Hannah was baptized in Masbate when she just six months old. As a child, she also occasionally visited the country with her parents to experience more of the Filipino culture.

2. She graduated college in Australia.

Having spent most of her time in Australia, Hannah graduated from the University of Canberra with a degree in Applied Science in Forensic Studies.

Hannah isn’t just a lover of books, she also has a habit of donating whatever she buys to students in need. Below is a snap of Hannah at the 2019 Manila International Book Fair, accompanied by the caption: “We bought some story books to donate to some students very soon. I’m hoping my fellow book lovers can also visit the fair and buy some extra books to donate to our community.”

4. She advocates for quality education.

Apart from being an avid reader of books, Hannah also champions the medium to support her advocacy on quality education. Case in point: She’s a partner of the charity organization Books of Tomorrow, which was established to provide school supplies to low-income families in the Philippines. Apart from this, she also helped build a library in Masbate last year.

Speaking of the library, Hannah revealed in a video that she was able to fund the project thanks to her earnings from her modeling career. When speaking on recently becoming a professional model, the beauty queen said, “I have now become independent. I have so many blessings from these projects that I am now able to provide for my relatives, travel around the Philippines, and most importantly, I’m now able to build a library in Baranggay Niño, Masbate.”

6. She started pageantry at a young age.

It seems Hannah was always destined to wear a crown on her head. Before she even reached her teen years, this Fil-Aussie was already Pinoy pageant royalty after she was hailed Baby Queen of San Fernando Masbate at just six years old. “This was my first introduction to pageantry in the Philippines,” shared Hannah in her introductory video for Bb. Pilipinas. “I had a crown, beautiful gowns, a cape, and the whole community was there. But what I really remember from it was how everyone felt like family. They were really celebrating me even though I didn’t grow up there.”

7. She has two different-shaped ears.

Here’s a fun fact about Hannah: In the same aforementioned video, the 25-year-old mentioned that she has two different-shaped ears. “One is round and flat, and one is folded,” she said, pointing out that one ear is similar to her mom’s, and the other resembles her dad’s. “I think this is why I have really good hearing. I can hear things that are so far away or [when it’s] really quiet, so it’s pretty cool.”

8. She first joined Binibining Pilipinas in 2019.

Hannah isn’t new to the Binibining Pilipinas stage. Before bagging the crown this year, she first tried her luck in the competition two years ago, where she finished in the Top 15.

9. She trained with Aces and Queens.

You can continue supporting Hannah’s pageant journey by following her on Instagram at arnoldhan_.