JUST IN: Jinkee Pacquiao Is One Glamorous Ninang at a Wedding Wearing Accessories Worth at Least P10 Million|Read more »
Culture | By Jam Nitura - Aug 17, 2020 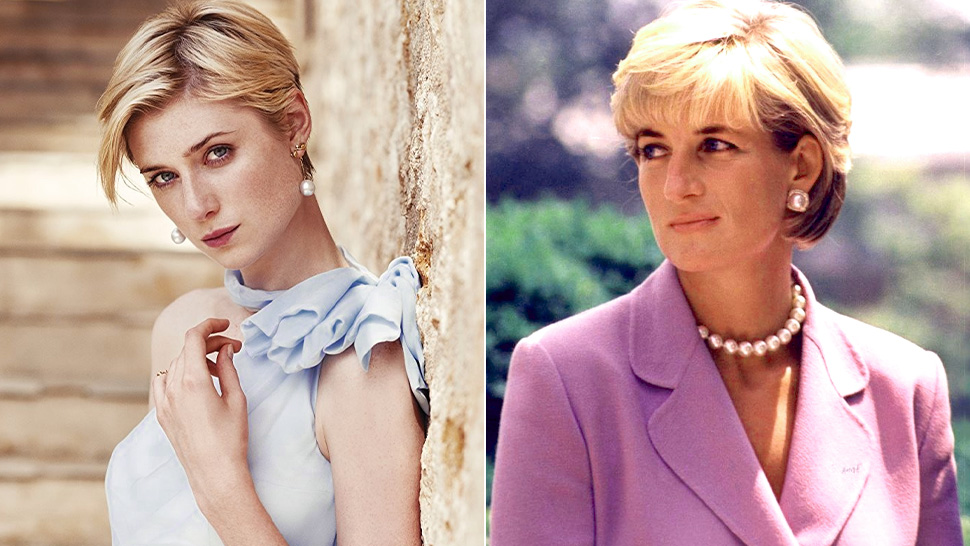 Australian actress Elizabeth Debicki is currently making headlines all over social media, and with good reason. The 29-year-old was recently revealed to be playing the coveted role of Princess Diana on Netflix's smash hit series The Crown. Elizabeth is set to star on the show's final two seasons as she'll be taking the reigns from Emma Corrin, who's currently cast as the late royal for The Crown's fourth season.

Curious to know more about the future princess? We round up 10 quick facts for you below.

Elizabeth was born in Paris, France to her Polish father and Australian mother of Irish descent on August 24, 1990. After which, her family permanently moved to Australia when she was five years old. She spent most of her teen to early adult years in Melbourne where she studied at the University of Melbourne.

Even before landing the role of Princess Diana, Elizabeth has already made quite a name for herself in Hollywood. Having entered the business in 2011, she’s starred in note-worthy A-list films such as The Great Gatsby, The Man form U.N.C.L.E., Guardians of the Galaxy Vol. 2, and Tenet alongside Robert Pattinson.

As mentioned above, Elizabeth earned her first big break on the movie adaptation of The Great Gatsby, which came just two years after her film acting debut. She played Jordan Baker in the film, and shared the big screen with Leonardo DiCaprio, Tobey Maguire, and Carey Mulligan.

4. She started off as a ballet dancer.

It looks like Elizabeth won’t have any trouble matching her movements as the elegant and graceful princess on the show. Born to parents who are both ballet dancers, Elizabeth trained for the art form as a child before eventually finding her love for acting and theatre in high school.

Past portrayals of Princess Diana have often drawn flak after actresses shorter than her were casted for the role. That said, according to the Daily Mail, fans of the beloved royal have so far accepted Elizabeth’s casting with open arms, partly thanks to her statuesque height and figure. The actress reportedly stands at a towering 6’3”, to Princess Diana’s 5’10”.

You don’t have to worry about her acting chops either because Elizabeth’s already got a number of acting awards and nominations under her belt. Her first ever trophy came in the form of the Best Actress in a Supporting Role for The Great Gatsby at the Australian Academy of Cinema and Television Arts awards. She’s since received over 25 nominations, most of which originate from her role on the 2018 heist thriller Widows.

7. She’s most proud for her role on The Night Manager.

If you can’t wait for her to appear as Princess Diana—which might take awhile considering the fourth season of The Crown has yet to drop—you can always get a glimpse of her talent from her previous acting roles. One project that she’s especially proud of is The Night Manager, a BBC limited series where she starred alongside Tom Hiddleston and Hugh Laurie. “What I loved about this project is that, for six episodes, we focused on the female role…Television is the medium that's allowing women's stories to flourish,” she explained in an interview with W magazine.

Unsurprisingly, the 29-year-old boasts of many skills. Apart from dancing and acting in live-action films, Elizabeth has also taken a gander at voice acting. You might particularly recognize her voice as Mopsy Rabbit from the 3D comedy film Peter Rabbit, which opened back in 2018.

9. She was at the top of her class back in high school.

A perfect mix of beauty and brains, Elizabeth has it all! She reportedly earned the title of dux—given to the highest ranking academic student—when she graduated high school in 2007.

Italian brand Max Mara honors fresh faces in Hollywood every year with the Women in Film Max Mara Face of the Future Award. Elizabeth won the coveted title last year, which places her alongside past recipients, including the likes of Zoe Saldana, Emily Blunt, and Kate Mara.