SHOP: The Preview Beauty Bag Is Officially Here and It's the Ultimate Steal|Read more »
Culture | By Ida Aldana for Spot.ph - Jun 21, 2018

And all throughout the year, too. 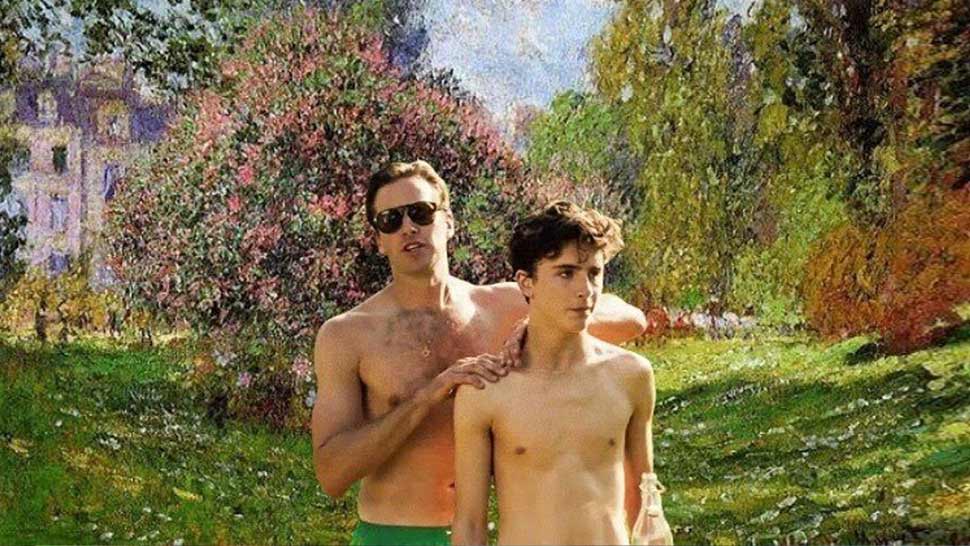 June is finally here, and we're celebrating pride month with love in the air. Mind you though, #pride itself shouldn't be limited to 30 days. It's celebrated the whole year through different ways, including film. And these 10 in particular bring to light the struggles, happiness, and everything else the LGBT community goes through. Whether you're part of the LGBT or you consider yourself an ally, all of these will make for a great watch.

This drama, which was screened at the Sundance Film Festival in 2017, tells the story of Frankie (Harris Dickinson). When Frankie's not spending time with his girlfriend, he's talking to old men on the Internet, whom he often meets up with for drugs and sex. He doesn't identify as bisexual or gay and says he "just has sex with men." As he goes on with his charade, he finds it more challenging to keep his two lives separate from each other.

Billy Bloom (Alex Lawther) is used to putting the "extra" in "extravagant" as he's not one to shy away from standing out and being different. That's why things get difficult when he suddenly finds himself in a conservative high school with his classmates shaming him for his diva personality and eccentric fashion sense.

Fun fact: The person who invented the lie detector is the same person who created Wonder Woman, the most well-known female superhero of all time. Another fun fact: That person—Dr. William Moulton Marston (played in this biographical film by Luke Evans)—worked on both projects with his wife Elizabeth (Rebecca Hall). But that's not all the couple shares. They also have a shared love for Olive Byrne (Bella Heathcote) and the three shared a polyamorous relationship with one other. (And yes, this all happened in real life.)

Through interviews and archived videos, this Netflix documentary investigates the puzzling death of Marsha P. Johnson, the trans black woman who is considered one of the first people to fight back at the Stone Wall riots, and one of the pioneering advocates for gay rights. Her body was mysteriously found floating down the Hudson River after the pride parade in 1992 and the case was reopened once again in 2012 though no notable developments have been made so far.

This heart-wrenching drama film revolves around Marina (Daniela Vega), a trans woman who is left to deal with the aftermath of her boyfriend Orlando's (Francisco Reyes) untimely death. Throughout the film, she is repeatedly harassed by her boyfriend's family, including his ex-wife and son, when all she wants is to properly say goodbye to Orlando properly. It won Best Foreign Language Film at the 90th Academy Awards and is the first Chilean entry to do so.

It feels like every summer romance pales in comparison to 17-year-old Elio (Timothée Chalamet) and Oliver's (Armie Hammer) sunny Northern-Italian love affair in 1983. Just like in the book of the same name by Andre Aciman, American grad student Oliver comes to live with Elio's family but they soon realize—though hesitant at first—that there's more to their complicated friendship than just shared interests.

Johnny (Josh O'Connor) is a farmer from Yorkshire who is in charge of maintaining his sick father's farm and keeping the livestock safe. He's used to binge-drinking and having secret sexual relationships with men to deal with the loneliness of his life. But his melancholic lifestyle takes a turn when Romanian worker Gheorghe (Alex Secareanu) arrives at the farm to help out.

Simon (Nick Robinson) is your typical teenager trying to get through high school—except he hasn't come out of the closet. He talks with a mysterious student-blogger he met online who says he also wants to come out. But then someone finds out about Simon's secret and starts blackmailing him and now Simon has to figure out how to balance everything going on in his life.

Based on a novel of the same name written by Naomi Alderman, Disobedience follows the story of photographer Ronit Krushka (Rachel Weisz) who flies back to her London home when her father dies. She was exiled by her community after they find out about her feelings for her friend Esti (Rachel McAdams). Once back home, the two meet again and go back to exploring their suppressed sexuality.

6 Smartphones With High-quality Cameras Perfect For Selfies And Ootds