PSA: Neri Miranda Just Graduated at 36 and Had the Most Inspiring Message About It|Read more »
Culture | By Marj Ramos - Oct 20, 2015 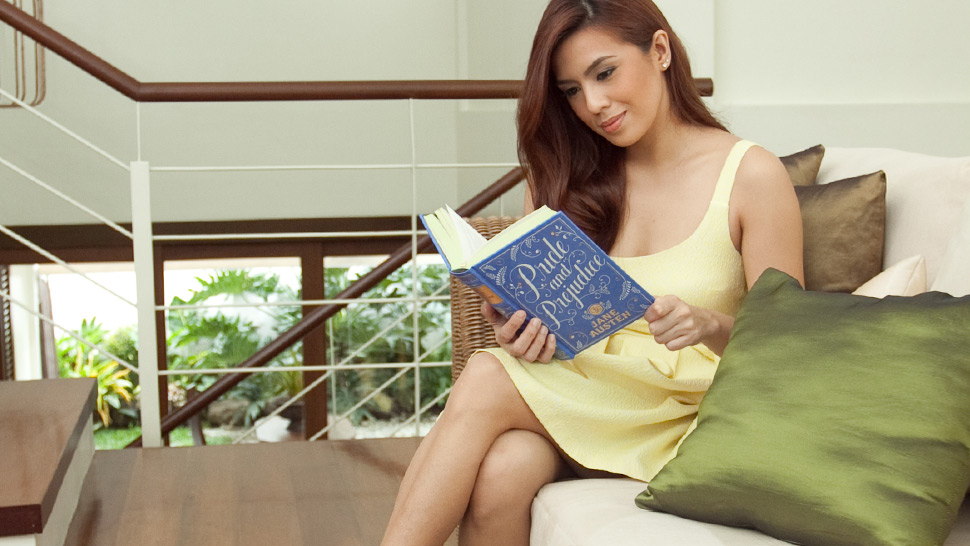 You already had a peek at Anne Curtis’ library. This time around, we’re zooming in on another celebrity bookworm whose Instagram account also houses her latest book hauls. Under the hashtag #NikkiReads, Nikki Gil documents her most recent reads and shares them to her followers online.

On the hunt for new books to flip though? Scroll down and check out this lovely bride-to-be’s must-reads!

1. All the Light We Cannot See by Anthony Doerr

“Marie-Laure lives with her father in Paris near the Museum of Natural History, where he works as the master of its thousands of locks. When she is six, Marie-Laure goes blind and her father builds a perfect miniature of their neighborhood so she can memorize it by touch and navigate her way home. When she is twelve, the Nazis occupy Paris and father and daughter flee to the walled citadel of Saint-Malo, where Marie-Laure’s reclusive great-uncle lives in a tall house by the sea. With them they carry what might be the museum’s most valuable and dangerous jewel.” [via Google Books]

“In this superb novel by the beloved author of Talk Before Sleep, The Pull of the Moon, and Until the Real Thing Comes Along, a woman re-creates her life after divorce by opening up her house and her heart. Open House is a love story about what can blossom between a man and a woman, and within a woman herself.” [via Google Books]

3. Say You’re One of Them by Uwem Akpan

“Uwem Akpan's debut signals the arrival of a breathtakingly talented writer who gives a matter-of-fact reality to the most extreme circumstances in stories that are nothing short of transcendent.” [via Google Books]

4. Everything I Never Told You by Celeste Ng

“A profoundly moving story of family, history, and the meaning of home, Everything I Never Told You is both a gripping page-turner and a sensitive family portrait, exploring the divisions between cultures and the rifts within a family, and uncovering the ways in which mothers and daughters, fathers and sons, and husbands and wives struggle, all their lives, to understand one another.” [via Google Books]

5. Dorothy Must Die by Danielle Paige

“My name is Amy Gumm—and I'm the other girl from Kansas. I've been recruited by the Revolutionary Order of the Wicked. I've been trained to fight. And I have a mission: Remove the Tin Woodman's heart. Steal the Scarecrow's brain. Take the Lion's courage. And—Dorothy must die.” [via Google Books]

7. This Is Where I Leave You by Jonathan Tropper

“This Is Where I Leave You is a riotously funny, emotionally raw novel about love, marriage, divorce, family, and the ties that bind them together—whether we like it or not.” [via Google Books]

“This novel is about people trying to find love in the ways it is done before the volcano erupts and the miracle ends. Yes, there's a volcano in the novel. In my opinion a volcano automatically makes a story more interesting.” [via Google Books]

9. Me Before You by Jojo Moyes

“A love story for this generation, Me Before You brings to life two people who couldn’t have less in common—a heartbreakingly romantic novel that asks, ‘What do you do when making the person you love happy also means breaking your own heart?’” [via Google Books]

10. The Imperfectionists by Tom Rachman

“Set against the gorgeous backdrop of Rome, Tom Rachman's wry, vibrant debut follows the topsy-turvy private lives of the reporters, editors, and executives of an international English language newspaper as they struggle to keep it - and themselves - afloat.” [via Google Books]