JUST IN: Jinkee Pacquiao Is One Glamorous Ninang at a Wedding Wearing Accessories Worth at Least P10 Million|Read more »
Culture | By Jam Nitura - Aug 19, 2020 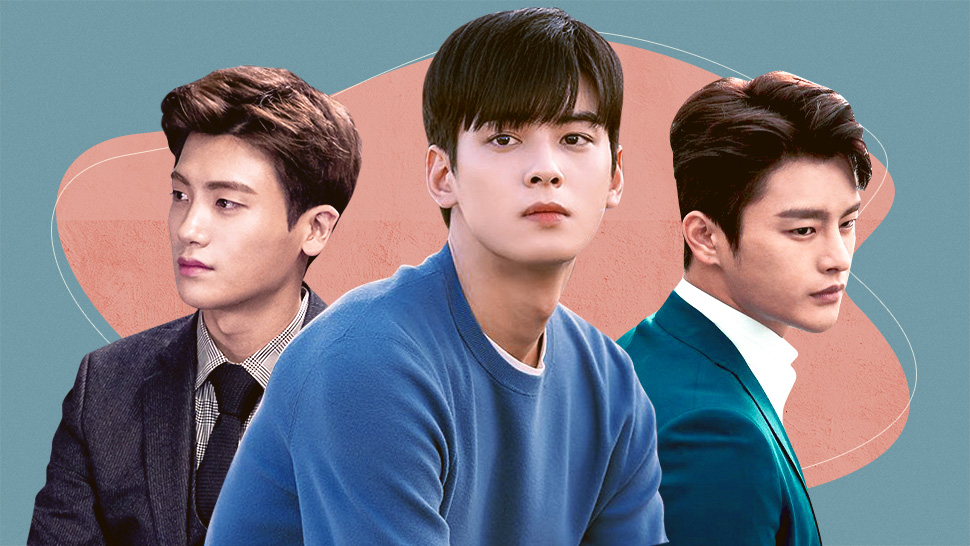 After rounding up some of the most versatile female idols turned actors, we now turn to their male counterparts. A.k.a. swoon-worthy dancers and vocalists who also have the acting credits, and the lead role title under their names to demonstrate their claim as the multi-talented artists that we love.

Seo In Guk started off as a singer after winning the first season of Mnet’s talent show Superstar K in 2009. He eventually tried out acting three years later and first proved his acting chops on Reply 1997 (2012). Since then, he’s starred in several K-dramas including Master’s Sun (2013), Shopaholic Louis (2016), and The Smile Has Left Your Eyes (2018).

Choi Siwon gained international fame as a member of the widely acclaimed boy group Super Junior. He subsequently pursued his acting career on the side and eventually earned a lead role for a major drama in the 2010 rom-com Oh! My Lady. Siwon’s other major dramas so far include Revolutionary Love (2017), My Fellow Citizens (2019), and She Was Pretty (2015) with Park Seo Joon.

ICYDK, Strong Girl Bong-Soon star Park Hyung Sik actually entered the entertainment business as a member of the nine-piece boy group ZE:A. Much like Siwon, he kept a balance between singing and acting, although he’s now mostly known for the latter. His major projects include starring roles in Hwarang: The Poet Youth Warrior (2016), Suits (2018), and High Society (2015). Lee Min Ho fans may also recognize Hyung Sik for his supporting role as Jo Myung-soo on The Heirs (2013).

It’s only been four years since Cha Eun Woo debuted with Astro, but did you know that the singer first started off as an actor? Albeit the said credit was for a minor cameo on the 2014 drama My Brilliant Life with Song Hye Kyo. That said, his acting career did eventually soar to greater heights in 2018 after he Choi Siwon bagged the lead role for the JTBC drama My ID is Gangnam Beauty. You can also catch him top-billing the historical drama Rookie Historian Goo Hae-ryung (2019), and the upcoming tvN show True Beauty.

2PM’s main rapper Ok Taecyeon got his acting start with a supporting role on the 2010 drama Cinderella’s Sister, before his major breakthrough just a year later as Hyun Shi Hyuk on Dream High (2011). He’s since been touted as a formidable leading man and has headlined his subsequent TV roles after starring in the 2013 crime drama Who Are You. Other shows you can catch Taecyeon in include Wonderful Days (2014), Bring It On, Ghost (2016), and Save Me (2017).

Another boy group member who’s successfully tried his luck at acting is Exo’s D.O. (Doh Kyung Soo). The vocalist’s acting debut for his supporting role on It’s Okay, That’s Love (2014) garnered positive responses from critics, so much so that he even won the Best New Actor award at the 51st Baeksang Arts Awards. He’s since played the main character on the web drama Be Positive (2016), and the tvN historical rom-com 100 Days My Prince (2018), apart from other multiple big screen appearances.

Before debuting with GOT7, Park Jinyoung first stepped into the limelight with a supporting role on the second season of Dream High in 2012.  While riding high on his boy group’s success, he continued his acting career on the side with a few more minor stints on shows like This Is My Love (2015), and Legend of the Blue Sea (2016). Jinyoung eventually landed his first lead role in 2018 on the fantasy romantic drama He Is Psychometric.

Though Lee Joon made a name for himself as a member of boy band MBLAQ, you may know him better for his vast acting repertoire. The singer and actor was recognized early on for his role on the 2013 film Rough Play which led him to winning the Best Male Newcomer award at the 1st Wildflower Film Awards. Among Lee Joon's other starring roles include Choi Dae-han in Mr Back (2014), Yoon San in The Vampire Detective (2016), Ahn Joong-hee in My Father is Strange (2016).

Before he made girls swoon on Boys Over Flowers as Yoon Ji-hoo, Kim Hyun Joong originally launched his career as a member of boy band SS501. Following the successs of BOF, the actor went on to star in Playful Kiss (2010), Inspiring Generation (2014), and When Time Stopped (2018).

BTOB's Yook Sung Jae apeeared in a number of minor stints and cameos before landing his first lead role on Who Are You School: 2015 (2015). This was quickly followed by other major bookings including starring roles on The Village: Achiara's Secret (2015), Goblin (2016), and currently Mystic Pop-Up Bar alongside Hwang Jung Eum.