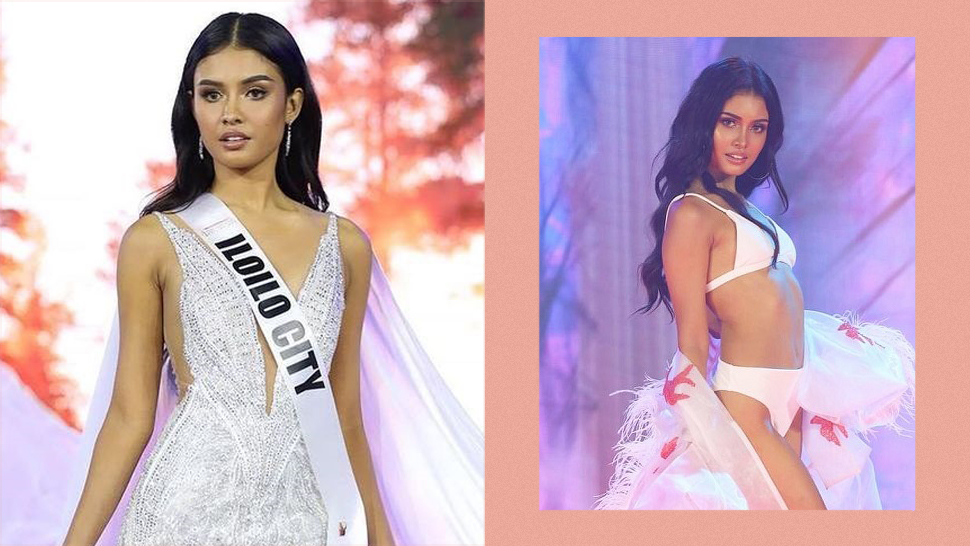 The first ever Miss Universe Philippines pageant just crowned its queen. 23-year-old Iloilo native Rabiya Mateo will be representing the country in the international competition whose schedule has yet to be announced. The morena’s confident and candid presence onstage, endearing personality, and graceful intelligence wowed the judges and netizens alike. It's no surprise that the proud Ilongga took home the crown.

TOP STORY: These Are the Countries Where Filipinos Can Travel to Right Now

Here are the 10 things you absolutely need to know about Rabiya Mateo, Miss Universe Philippines 2020.

1. She struggled financially while growing up.

In a video posted by GMA Network, the beauty queen admitted that she grew up in poverty and graduating college was the ultimate achievement and gift she could give her mom, who solely supported their family.

2. She’s a fan of Miriam Defensor-Santiago. 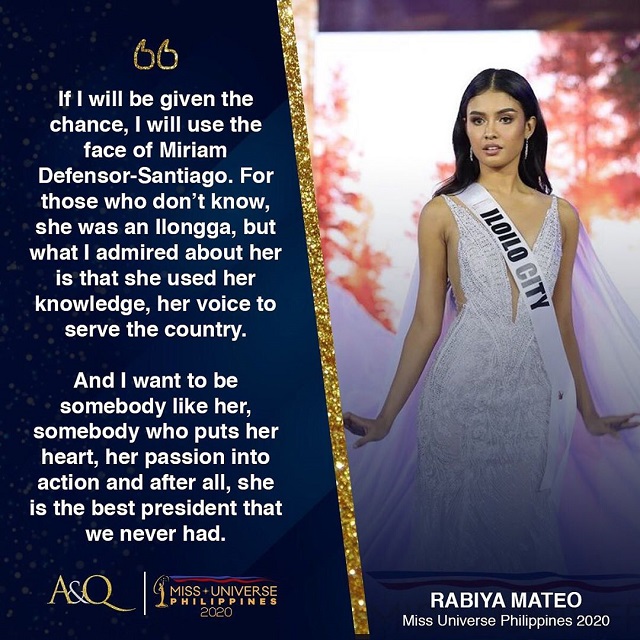 In the Q and A round, Rabiya mentioned that the iconic lawmaker was someone she looked up to for her intelligence and passion. She also said that Miram was the best president the Philippines never had.

3. She has an Indian father and Filipina mother.

In a heartfelt Instagram post, Rabiya mentioned that she hasn’t seen her father in years, but cherishes this baby photo of her with her dad.

She had under 20,000 followers before being crowned but her numbers are steadily rising as we speak!

A scroll through her Instagram will show you just how passionate Rabiya is about helping her fellow medical workers through the pandemic.

7. The Miss Iloilo pageant was her very first pageant, and Miss Universe Philippines is her second beauty contest.

In the same interview with Tita Lavinia, Rabiya shares how she had to adjust to pageant requirements—like paying more attention to her hair, makeup, and wardrobe.

Aces and Queens is the same team who helped Pia Wurtzbach and Venus Raj through their Miss Universe journeys.

9. She looks up to former Miss Universe Philippines 2011 Shamcey Supsup.

Rabiya tells Tita Lavinia that she was in highschool when Shamcey won and she admired the current Miss Universe Philippines pageant director for her intelligence. Pageant fans also are comparing her beauty to the Miss Universe 2011 third-runner-up.

10. She won Best in Swimsuit during the preliminaries and final comeptition. 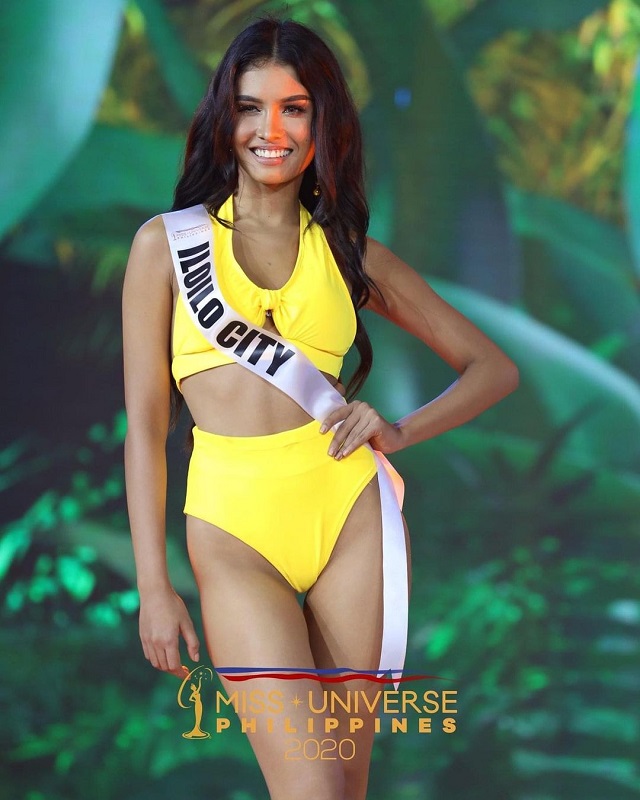 Rabiya also slayed the final swimsuit competition with her powerful and charismatic walk wearing a sexy bikini set by Furne One.

Everything You Need to Know About Miss Universe Philippines 2020