We Were Right About Coconut Water

The sexy 'new' beverage for yoga moms and Instagram foodies. 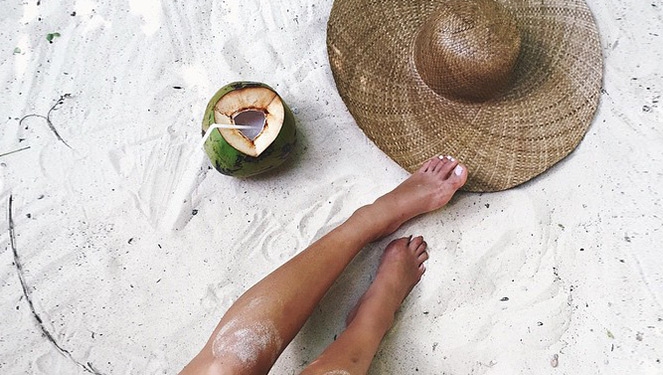 NEW YORK - At Juice Generation in Midtown Manhattan, you can get coconut water served to you in the shell for about $10 - $12 - about 500 pesos more expensive than getting it in Manila from a buko stand. But New Yorkers are buying, and that's because coconut water has become the sexy new beverage for yoga moms and Instagram foodies (a.k.a. all of New York).

Coconut water is low in calories, rich in electrolytes, cholesterol-free and has in fact more potassium than bananas. Not to brag, but here in the Philippines, we've known all about these health benefits for years—way before Castaway even premiered on the silver screen (which probably had everyone convinced since Tom Hanks survived four years on an island drinking from a coconut shell).

Some nutritionists claim that coconut water is the best alternative for sports drinks and for water itself even. But it wasn't until A-list celebrities started drinking their tetra-packed Vita Coco in public that the market demand for it started skyrocketing. Not to mention, even international fashion bloggers can't get enough of flaunting their refreshing coconut drinks on IG. Because apart from looking super foodstagram-worthy, it's actually good for you, too.

Rihanna, Sarah Jessica Parker, and Halle Berry were among the first international celebrities who joined the coconut water craze. In fact, other key players in the industry such as pop superstar Madonna, Hollywood actress Jessica Alba, and supermodel Gisele Bundchen even went as far as investing in US brands of coco water.

The Sin City star showing off her #flatlay skills on Instagram!

Now you know how this supermodel stays in shape.

Well, we hate to say we told you so!