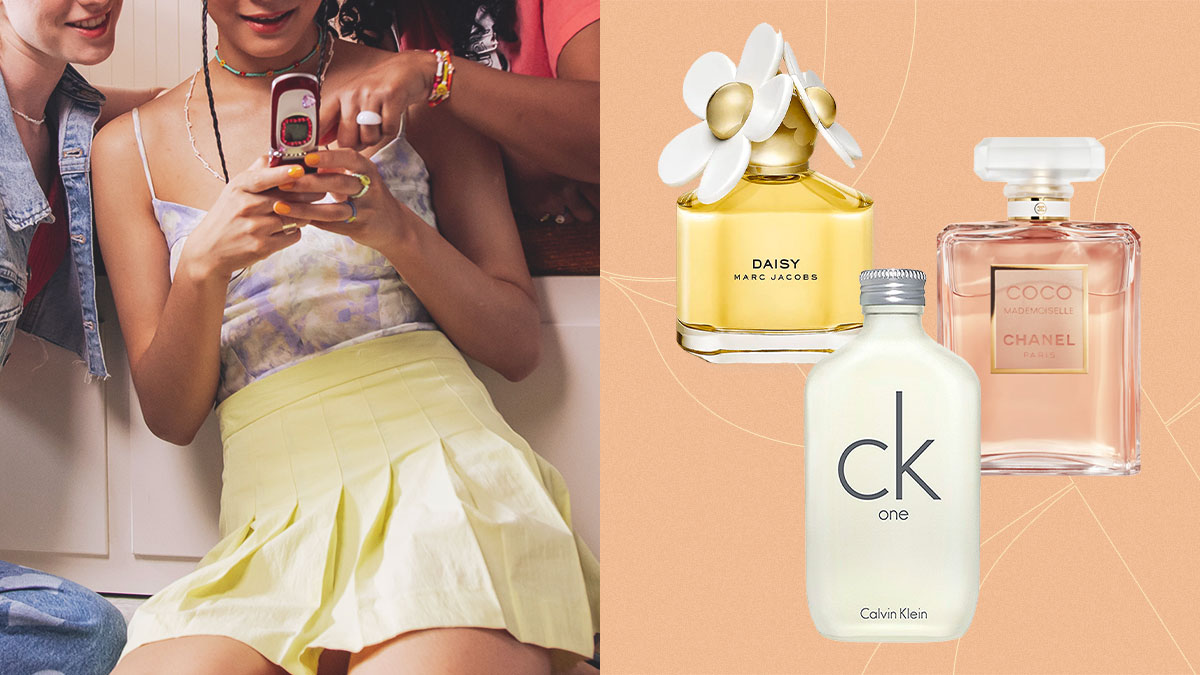 There are many factors one considers when choosing a perfume: longevity of wear, value for price, even the design of the bottle. And not to make things more complicated, but we want to introduce another one: the scent's timelessness.

As personal as a scent is, there are certain perfumes that become wildly popular at launch and become beloved for ages. There’s just something to them that transcends personal preference, and you know they're good when so many people swear by them.

Ahead, we’re showing you eight perfumes from the 2000s that have stood the test of time.

Daisy has become one of Marc Jacobs' most beloved creations, making way for endless iterations in its 15-year run. The daisy-capped bottle made quite the impression upon its launch in 2007, and became a mainstay for perfume lovers who’d snap vignettes of their vanities to post on Tumblr.

The scent, inspired by its namesake, feels flowery in all its freshest forms. With notes of wild berries, white florals, and sandalwood, it feels beautifully light and elegant—a timeless scent that should have a room in every woman's collection.

Despite launching in 2008, Paco Rabanne's 1 Million continues to be one of the best-selling men’s fragrances today. The idea behind the scent is "sun-drenched leather," with notes of grapefruit, cinnamon, and amber that create a sensual blend of spiciness. Although it’s generally regarded as men’s perfume, it can be worn by anyone who loves a warm, woodsy (and of course, expensive-smelling) fragrance.

The viral Black Honey lipstick isn’t the only thing from Clinique that’s worth going back to. In the early 2000s, people fell in love with Clinique Happy, a fragrance that’s as straight to the point as its name. It’s fresh, light, and bright, and well, happy.

Clinique took to citrus to capture that cheery feeling, having orange, blood grapefruit, and mandarin as the perfume’s top notes. It’s a lighthearted summer scent, perfect to spritz on with a sundress.

Although the 2000s were about in-your-face glamour, people took a liking to Calvin Klein’s CK One, which was about being pared-down. It was launched in 1994, but it continued to be a mainstay until the end of the aughts.

As CK One was a unisex fragrance (one of the first of its time), the scent stayed on the citrus side with notes of lemon, bergamot, pineapple, and orange. But there’s an interesting depth to it, thanks to notes of cardamom and nutmeg, that set the fragrance apart from the rest.

Elizabeth Arden was one of the most popular brands for beauty in the 20th century, with their fragrances as some of the most beloved in their selection of products. Green Tea was launched in 1999, and became an instant hit for its one-of-a-kind scent.

Green Tea was unique in how it captured florals in a way that’s refreshing and minty. Because of this, you couldn’t quite pin it down for a summer or rainy season perfume—it’s simply a classic that’s versatile enough to wear year-round.

Chanel's prominence in beauty today is the same as it was in the early 2000s, with women eager for the legendary house's stunning creations. The brand launched the Coco Mademoiselle perfume in 2001 with spokesmodel Keira Knightley, and was intended for a younger audience. However, the scent ended up being loved by women of all ages.

The fragrance has top notes of citrine through orange, mandarin, and bergamot notes, and is balanced out with warmth from base notes of white musk, vanilla, and vetiver. Spraying it on truly makes you feel like a Chanel girl —classically feminine with an effortless je nais sais quoi.

Who can forget those iconic images of Charlize Theron dressed in gold for Christian Dior’s J’Adore? We saw it in commercials and scratch-and-stiff magazine advertisements, and it feels as glamorous today as it did in the 2000s.

J'Adore is one of florals, but in a way that feels more grown-up, alluring, and seductive. According to its perfumer François Demachy, it was designed to be "sensual without being too heavy." And indeed, it feels like the perfect scent for your most dressed-up affairs, making you feel like the most glamorous version of yourself.

There was a type of girlish kitschiness we enjoyed in the 2000s, best seen in Juicy Couture tracksuits, bedazzled phones, and of course, perfumes like this. Vera Wang’s Princess was iconic for its purple, heart-shaped bottle with a golden crown that made it a covetable fragrance for teenagers everywhere.

The perfume saw a whimsical concoction of fruity and sweet notes: there’s orange, apricot, and apple, blended with dark chocolate and vanilla. It poignantly captured that feeling of spirited youth, taking us right back to our teenage years every time we go for a spritz.

10 Best Perfumes to Try If You Love Refreshing, "Clean" Scents

These Are the Best Perfumes to Wear to the Office, According to Real Women

This Is The Most Important Makeup Tip For Women Over 40, According To Bobbi Brown

6 Filipino Celebrities Who Unapologetically Admitted To Getting Fillers