JUST IN: Jinkee Pacquiao Is One Glamorous Ninang at a Wedding Wearing Accessories Worth at Least P10 Million|Read more »
Beauty | By Jam Nitura - Jan 14, 2023 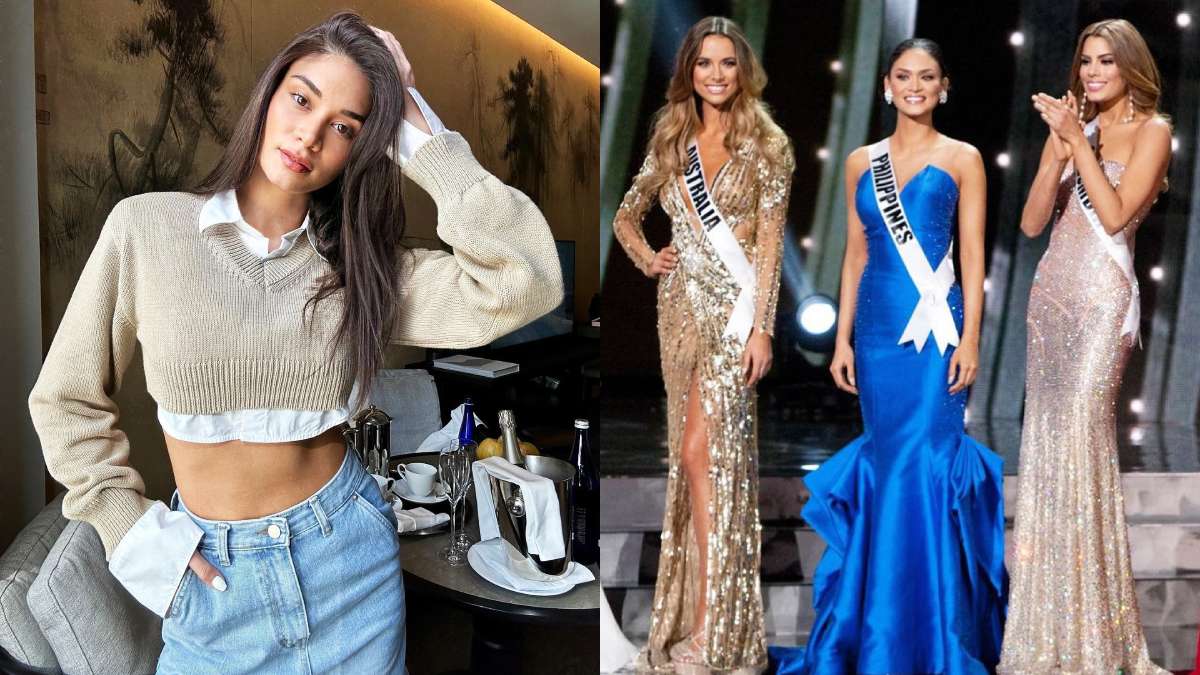 IMAGE INSTAGRAM/piawurtzbach, missuniverse
She explained her stance during the pageant's closed-door interview portion in 2015.

Pageant fans will definitely get a kick out of Pia Wurtzbach’s most recent interview with Dr. Vicki Belo.

Throughout the 30-minute video, Pia revealed several behind-the-scenes tidbits from her time on Miss Universe back in 2015, including her bond with then roommate Miss Myanmar May Thaw and the story of her iconic blue Albert Andrada gown arriving just days before the main competition.

The 33-year-old also revealed the questions she got during the closed-door interview portion of the contest. One such question contained a controversial topic in the beauty pageant scene: “Are you in favor of beauty queens who want to go under the knife to win Miss Universe?”

According to Pia, she had answered with a resounding yes. She further explained, “I am in favor [of it] if you think that it’s for your confidence and it makes you look good, and as long as you don’t overdo it, or that you look like a completely different person." Pia reiterated, "If you’re doing it for all the good reasons and if it’s for yourself, then, yes.”

The matter of beauty pageant contestants getting plastic surgery has been a widely divisive debate in the past years. Where some equate it to doping in sports, others argue that it should be okay as long it’s the contestant’s personal choice and won’t alter her looks completely, much like Pia’s opinion.

In an in-depth article for Refinery29, Miss Dominican Republic Internacional 2014 Barbara Santana admitted that she went under the knife, at the advice of no less than her pageant director. According to Barbara, the national pageant she’d competed in even had a sponsored plastic surgeon on board to administer free procedures.

“I have nothing against plastic surgery, as it helps many people to boost their self-esteem," she told Refinery29. "But I feel as though I only wanted it at the time so that I could be more accepted by the people constantly criticizing me—not for myself."

Other queens such as Miss USA 1995 Shanna Moakler and Miss Universe 2014 Paulina Vega essentially hold the same views as Pia and Barbara.

When asked if she agreed with allowing plastic surgery for the Miss Universe stage, Paulina told the HuffPost “I agree, but not when they use this new technology, this new tool excessively…I think that you should always retain your original body, because we are all born beautiful.”

What’s your opinion on the matter? Let us know in the comments below!