"I was bashed and bullied for putting too much makeup." 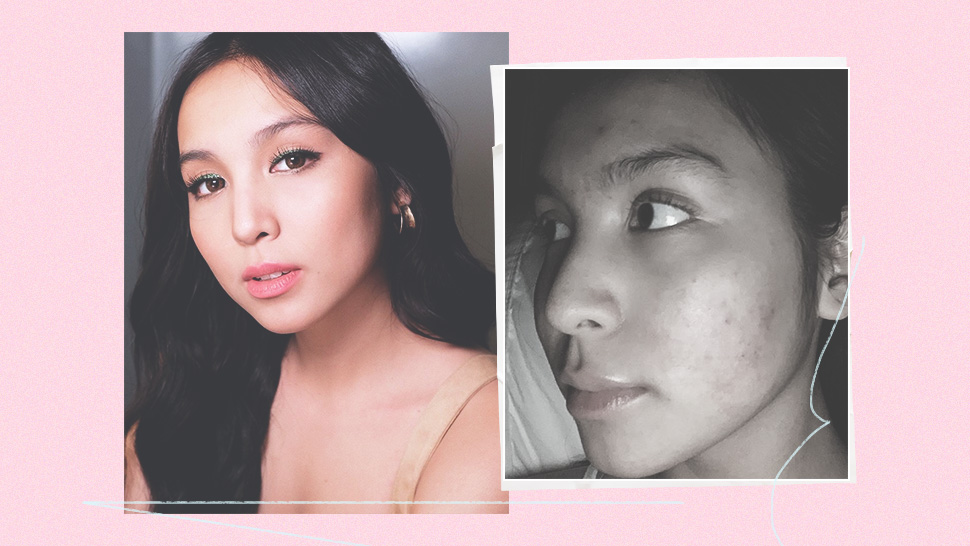 A teenager with acne is nothing out of the ordinary. Our bodies go through a ton of changes at this stage, and  these changes usually reflect on our skin. Even celebrities aren't exempted—we've heard Hollywood stars like Lili Reinhart and Kendall Jenner's stories about struggling with acne while in the public eye. And now, a local celebrity has stepped up about her experience.

Last night, 17-year-old singer and actress Kyline Alcantara opened up about her skin issues on Instagram. According to her, she began breaking out in March last year. "It started with one zit, and then it became two until I [couldn't] count them anymore," she writes.

At its worst state, she reveals how it affected her self-esteem, especially now that she's a celebrity. Kyline shares, "There were times before na habang nag-aayos ako for showbiz commitment na bigla na lang ako naiiyak because at the back of my head, [I thought] 'how am I gonna face them?'"

She then talked about how once she started to cover her blemishes with makeup, people began shaming her for it. "I was bashed and bullied for putting too much makeup. (People [told] me na 'ang kapal ng make-up mo pero puro ka pa din tigyawat),'" the actress reveals. "But what they don't know is makeup na lang yung kakampi ko noon. Concealers and foundations are my best friends because they cover my breakouts so I can come out and look more presentable."

After consulting with an expert, it turned out that Kyline's skin condition was caused by hormones from puberty and using skincare products that irritated her skin. The teen star eventually recovered, but has decided to share her story to inspire people who might be going through the same thing.

"Don't stress yourself over something to be perfect because it will not come. Accept your uniqueness and use it to your own advantage and represent yourself proudly [through] it," she says. "Yes, even us na artista madaming imperfections kagaya niyo but as part of our job we need to look more presentable but it doesn't mean na ganun palagi."

"It's okay to upgrade and to improve yourself but it's very important na hindi dapat mawala 'yung sarili mo in the process of it. Don't let the norm and society [dictate] what you should feel and look [like]. Be your own unique you."

Kyline received an overwhelming amount of support and encouragement in the comments section. As of writing, the post now has over four thousand comments.

Later on, the singer posted another selfie that shows her skin now, which has fully covered from acne. "My skin is fine now. I surpassed the breakout stage, and if I can, syempre ikaw din! Salamat sa lahat ng messages ninyo nakakataba ng puso. Mahal ko din kayong lahat," her caption reads.

Lili Reinhart Opens Up About Being a Celebrity with Acne

Here's How Sarah Lahbati Deals with Acne and Sensitive Skin

Here's How Heart Evangelista Deals with Acne and Oily Skin

7 Youthful Makeup Looks That Will Make You Fresh