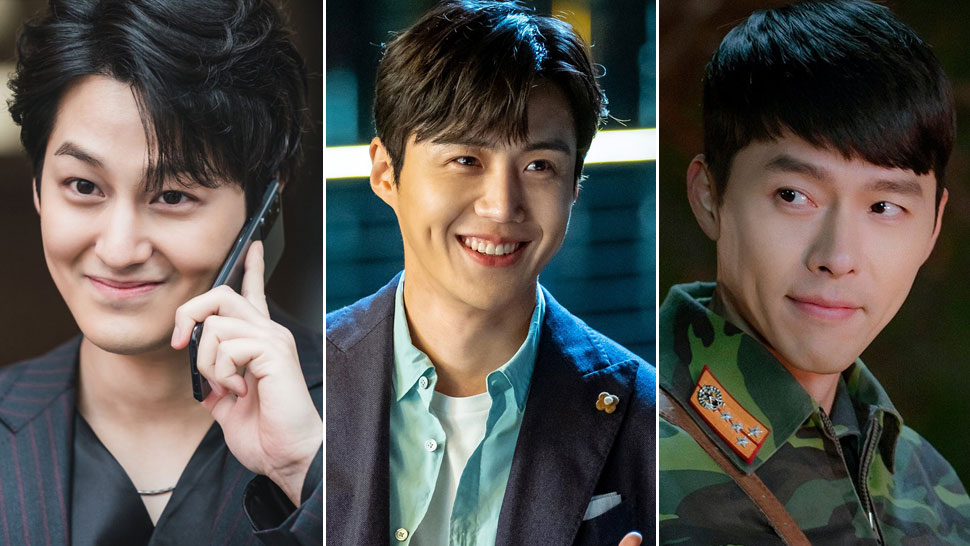 IMAGE TVN/Tale of the Nine-Tailed, Start-Up, Crash Landing on You
We can't stop smiling when they're smiling!
Shares
Share
Tweet
Comments

The #TeamGoodBoy + Start-Up obsession won't be stopping anytime soon, especially with Kim Seon Ho's dimples making us fall deeper in love with every episode! Those prominent dimples reminded us of all the other leading men we've fangirled over through the years, so here, a list of dimpled Korean actors to crush on, including their upcoming acting projects.

Where we last saw him: Start-Up

His next project: He is in talks to star in a new K-drama called Link. If this pushes through, Seon Ho will play the role of "a chef named Eun Gye Hoon, who built his own restaurant in the same place where his twin sister disappeared 20 years ago."

Where we last saw him: Tale of the Nine-Tailed

His next project: Kim Bum is already filming for his new drama, Law School, where he'll star opposite Reply 1988’s Ryu Hye Young. It revolves around "South Korea's top law school, and how a bunch of students and professors get tangled up in a strange case."

Where we last saw him: The King: Eternal Monarch

His next project: Pachinko, a drama based on the best-selling novel of the same name by Min Jin Lee. Lee Min Ho is playing the role of Hansu, "a rich and powerful merchant with ties to organized crime."

Where we last saw him: #Alive

His next project: Hell, an upcoming Netflix series, is about "a society where humans face a supernatural phenomenon that could be a miracle or a curse, and it depicts the human-made hell created to overcome hell-like reality." (via Soompi) Yoo Ah In will reportedly play the role of Jung Jin Soo, the head of an emerging religion called "Saejinrihoe."

Where we last saw him: My Fellow Citizens

His next project: The K-pop idol and K-drama star launched his own YouTube Channel in May 2020! So far, there are 28 episodes, and the most recent one is about Super Junior's 15th debut anniversary rehearsal.

Where we last saw him: Crash Landing on You

His next project: According to Soompi, the movie Bargaining will tell the story of "a kidnapping that takes place in the Middle East and the attempted rescue of the 23 kidnapping victims. It is based on the 2007 South Korean hostage crisis in Afghanistan."

Where we last saw him: Meow, The Secret Boy

His next project: In the drama Secret Royal Inspector, Soompi tells us that Kim Myung Soo's character Sung Yi Kyum "goes undercover in the provinces to bring justice, uncover corruption, and solve the people's problems." Meanwhile, Kwon Nara is Hong Da In, who is in disguise as a gisaeng but in reality, she also works for the Joseon government.

Where we last saw him: Save Me

His next project: Vincenzo, where he'll star next to Song Joong Ki!

Where we last saw him: When the Weather Is Fine

His next project: He was confirmed to star in a drama adaptation of the webtoon Something About Us in 2018, which is about two people who have been best friends since high school.

Where we last saw him: Alice

His next project: According to reports, he is currently starring in the Korean musical Ghost, which is based on the 1990 film of the same name.

Here's Everything You Need To Know About Menstrual Cups

These Are The Best Brow, Eye, And Lip Products We Tried In 2020